Foley said Paysafe is set to begin trading Tuesday and he and his team are very excited for the fintech company's prospects.

Foley's companies are at the heart of North American gaming, and he said he has high demands for the management team at Paysafe to grow and expand their gross margins. Foley also plans to reduce the company's leverage, setting them up for success in the digital wallet and payments space.

Let's check out a couple charts of BFT.

In the daily Japanese candlestick chart of BFT, below, we have only six months of price history to study. We shortened the moving averages to 20 days and 50 days. The slope of the 20-day moving average line is negative and the 50-day line is flat or neutral.

Trading volume has declined from an early December surge. The On-Balance-Volume (OBV) line is flat to slightly declining. This movement suggests there has been some selling but it also can suggest that buyers have largely held their positions despite some slippage in price from the late January peak.

The Moving Average Convergence Divergence (MACD) oscillator is below the zero line in bearish territory.

In this daily Point and Figure chart of BFT, below, we can see a minor downside price target in the $13-$12 area. 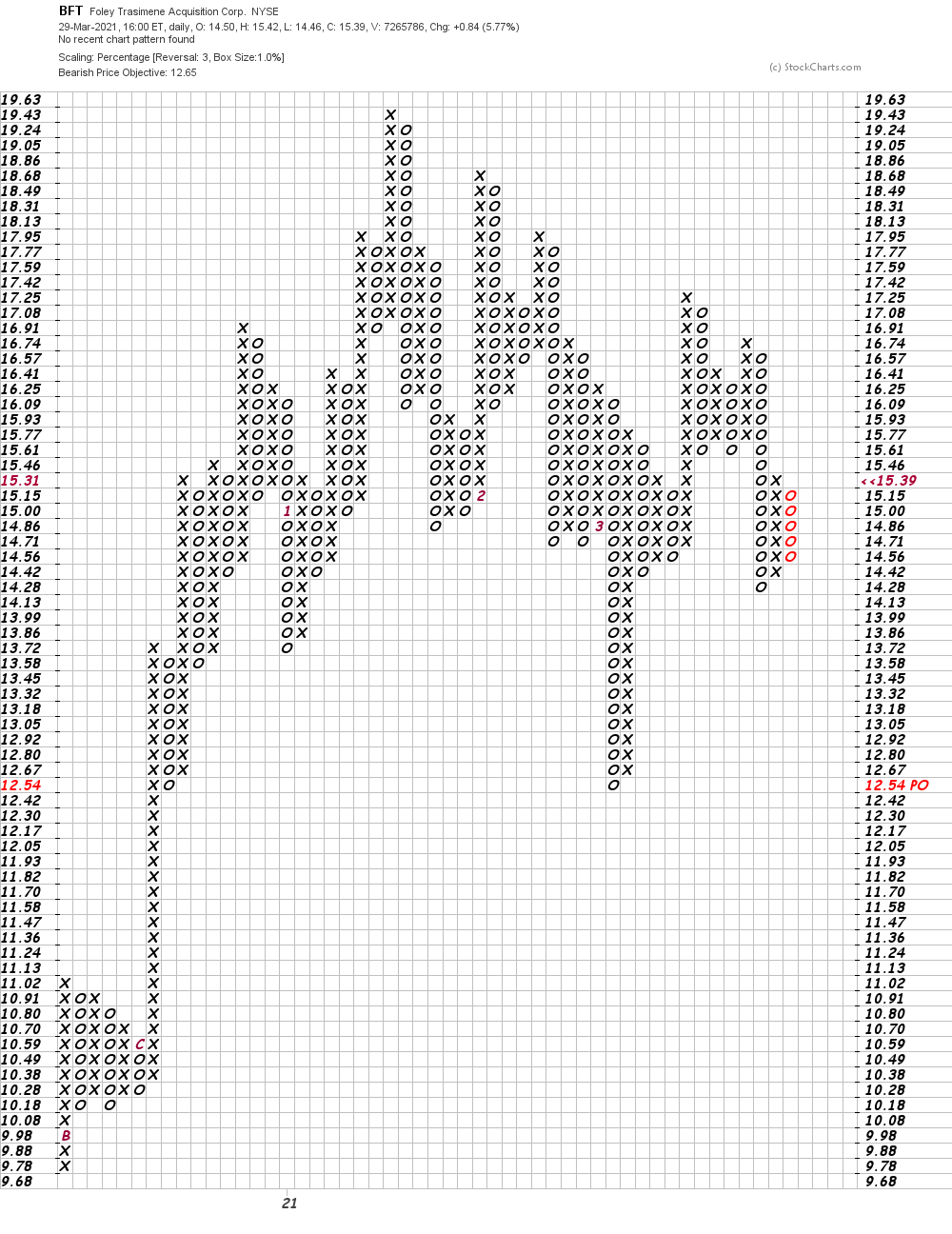 Bottom-line strategy: BFT is going to merge into the fintech payments firm Paysafe and I would favor the long side of the stock above $17 and risking to $13.

Get an email alert each time I write an article for Real Money. Click the "+Follow" next to my byline to this article.
TAGS: Mergers and Acquisitions | Investing | Stocks | Technical Analysis | Fintech | Mad Money | Executive Interview

What Do I See Beyond the Cult of Personality? Hydrocarbon Opportunity

Don't ever let a single-modality outlook cloud your investing behavior. It's a great big world out there.

After years of missteps, there are signs that the chipmaker is at the beginning stage of a recovery.

Intuitive Surgical Has Broken Down From a Triple Top Formation