Abbott Labs, an Action Alerts PLUS holding, reported its first-quarter earnings this week.

When we last looked at the charts and indicators of ABT on March 26 we wrote that, "We were risking a decline to $107. ABT reached our $125 target in February and maybe some of you took some money off the table. The charts are more mixed now so traders should raise stops to $114 on the balance of their position."

In the updated daily bar chart of ABT, below, we can see that the shares gapped lower Tuesday. Prices made a spinning top, which is a balance between buyers and sellers as the real body is small -- neither side was able to move the stock that far.

The On-Balance-Volume (OBV) line is still pointed up from early March and that is constructive. The Moving Average Convergence Divergence (MACD) oscillator has narrowed close to a bearish crossover but that may not happen if prices continue to rally from here.

In this daily Point and Figure chart of ABT, below, we can see that prices reached and exceeded a $112 price target. 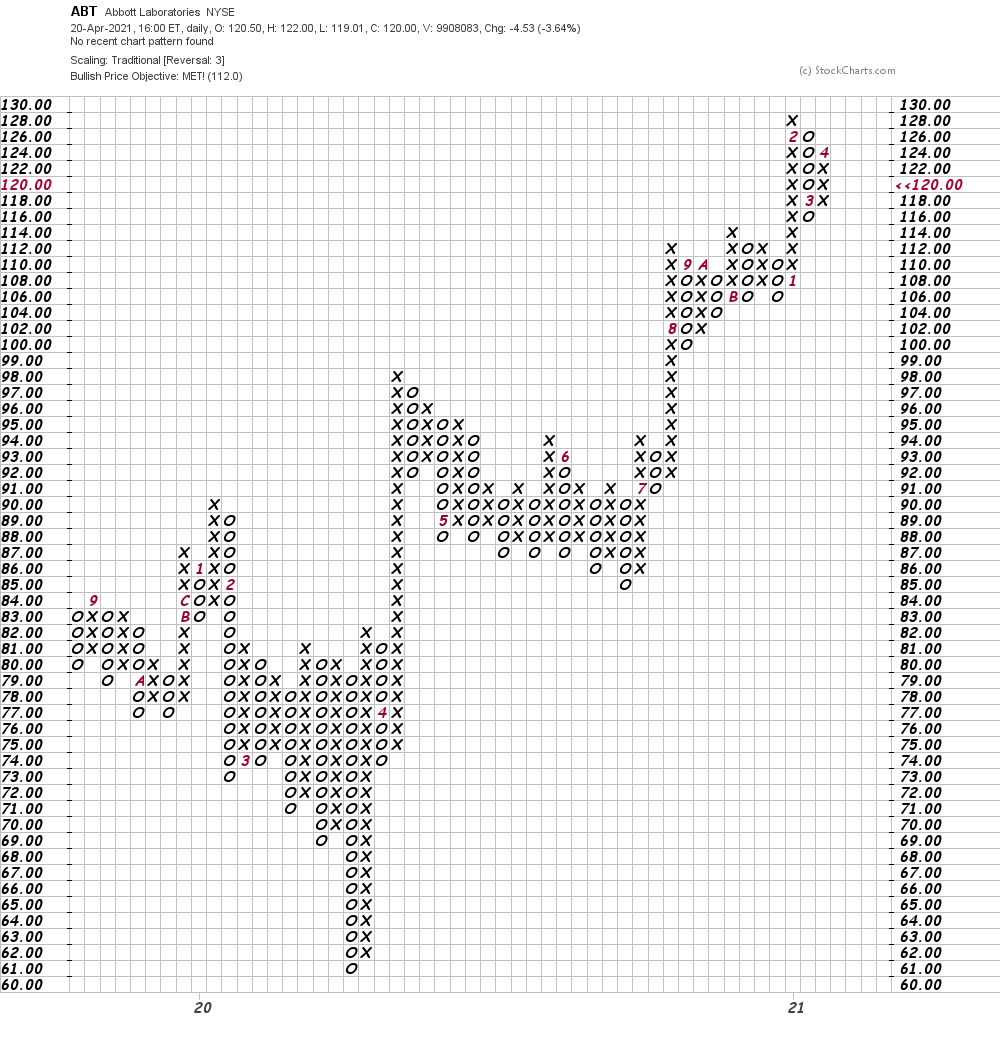 In this weekly Point and Figure chart of ABT, below, we can see a potential upside price target of $166. 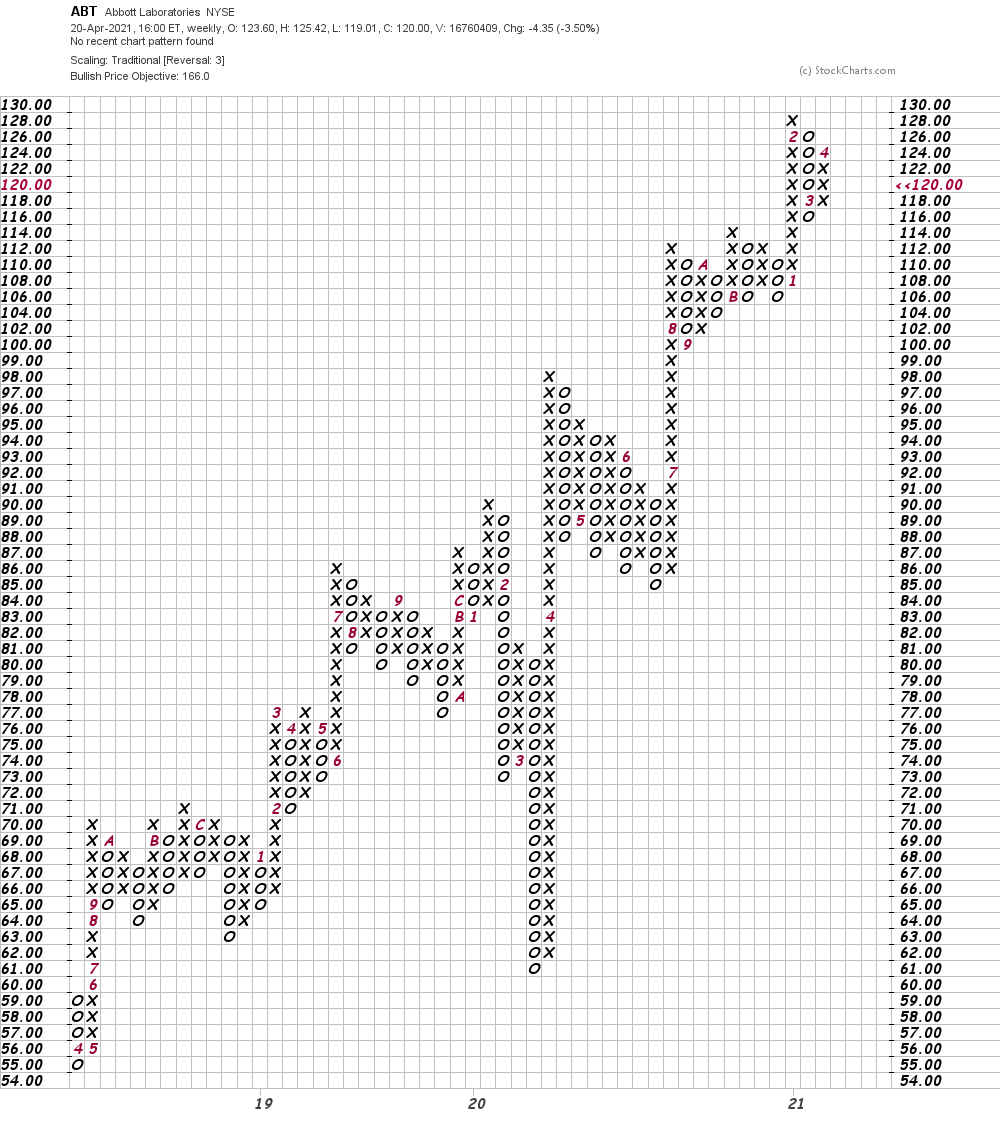 Bottom-line strategy: I take it as a sign of strength when I do not see follow-through selling after a gap lower -- the selling must have been exhausted. Continue to hold remaining longs and raise stops to $117 now from $114. Add to longs above $126.
Get an email alert each time I write an article for Real Money. Click the "+Follow" next to my byline to this article.
TAGS: Investing | Stocks | Technical Analysis | Pharmaceuticals | Action Alerts PLUS | Real Money