In his first Executive Decision segment of Wednesday's "Mad Money" program, Jim Cramer spoke with Steve MacMillan, chairman, president and CEO of Hologic Inc. (HOLX) , the diagnostic and testing company with sales up 262% year over year as a result of the pandemic.

In the world of Covid testing, there are two types of tests. PCR tests are highly accurate, but slow. Rapid antigen tests are, well, rapid, but aren't as sensitive. The Hologic Panther system is the best of both worlds, MacMillan said. The system is both highly accurate and it delivers same-day results in most cases.

Looking past the pandemic, MacMillan was very optimistic. He said now that so many Panther devices have been deployed, hospitals and clinics have the ability to run the full suite of Hologic tests, not just Covid. He was also bullish on Hologic's 3-D mammography systems.

HOLX was one of my stock picks for 2021. Let's check out the charts again.

In this updated daily bar chart of HOLX, below, we can see that prices have worked higher into the new year. Prices are trading above the rising 50-day moving average line after a one-day break of the line last month. The slope of the 200-day moving average line is positive. The trading volume has been steady the past three months or so, but the On-Balance-Volume (OBV) line is still below its early August peak. This indicator has not yet confirmed the new price highs. The trend-following Moving Average Convergence Divergence (MACD) oscillator has stayed above the zero line since late September, but it does not show that HOLX is in a strong uptrend.

In this weekly bar chart of HOLX, below, we can see a stronger chart picture than the daily chart above. Prices are in a longer-term uptrend above the rising 40-week moving average line. The weekly OBV line shows strength from late August and is close to making a new all-time high. The MACD oscillator is well above the zero line but, the two moving averages that make up the indicator are on top of each other so a bearish crossover could happen at any time.

In this daily Point and Figure chart of HOLX, below, we can see a potential price target of $111. 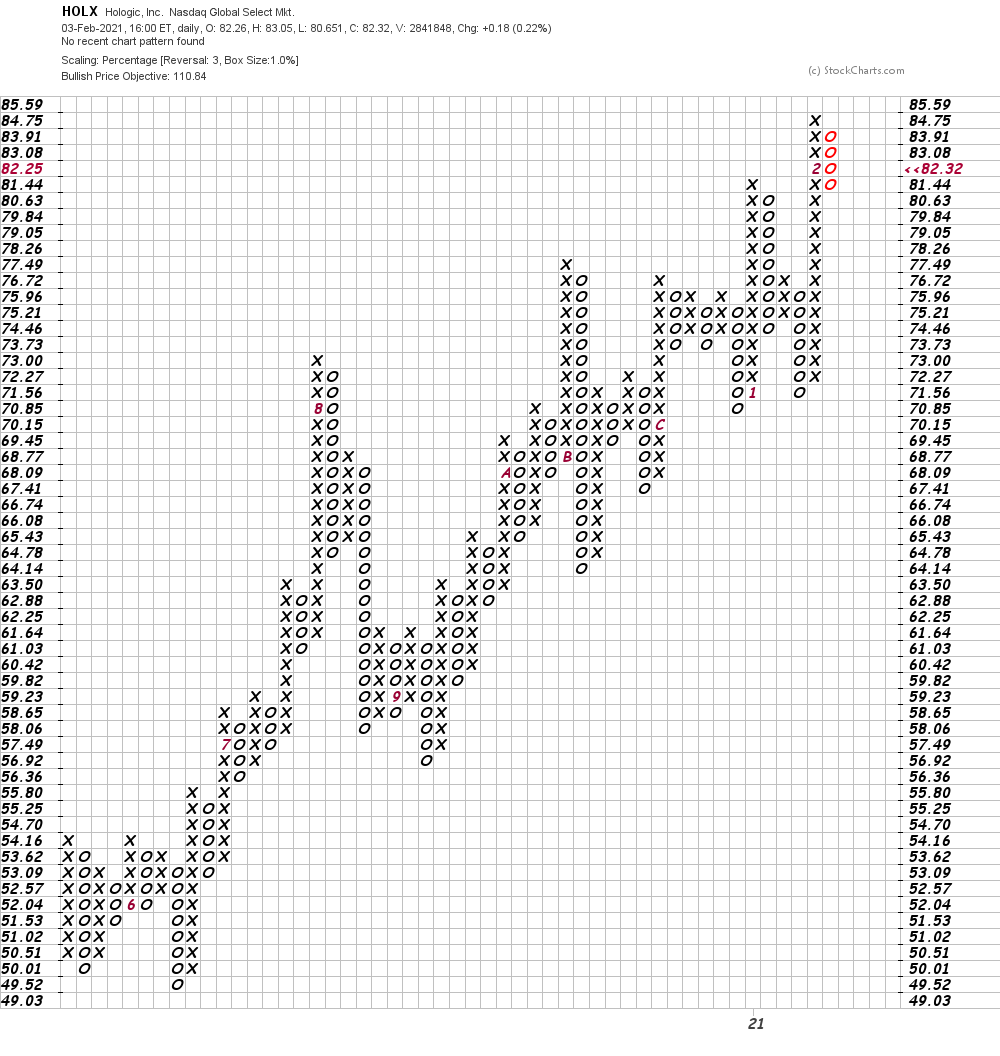 In this second Point and Figure chart we used weekly close-only data and an even dollar (traditional) scaling. A price target of $143 is shown. 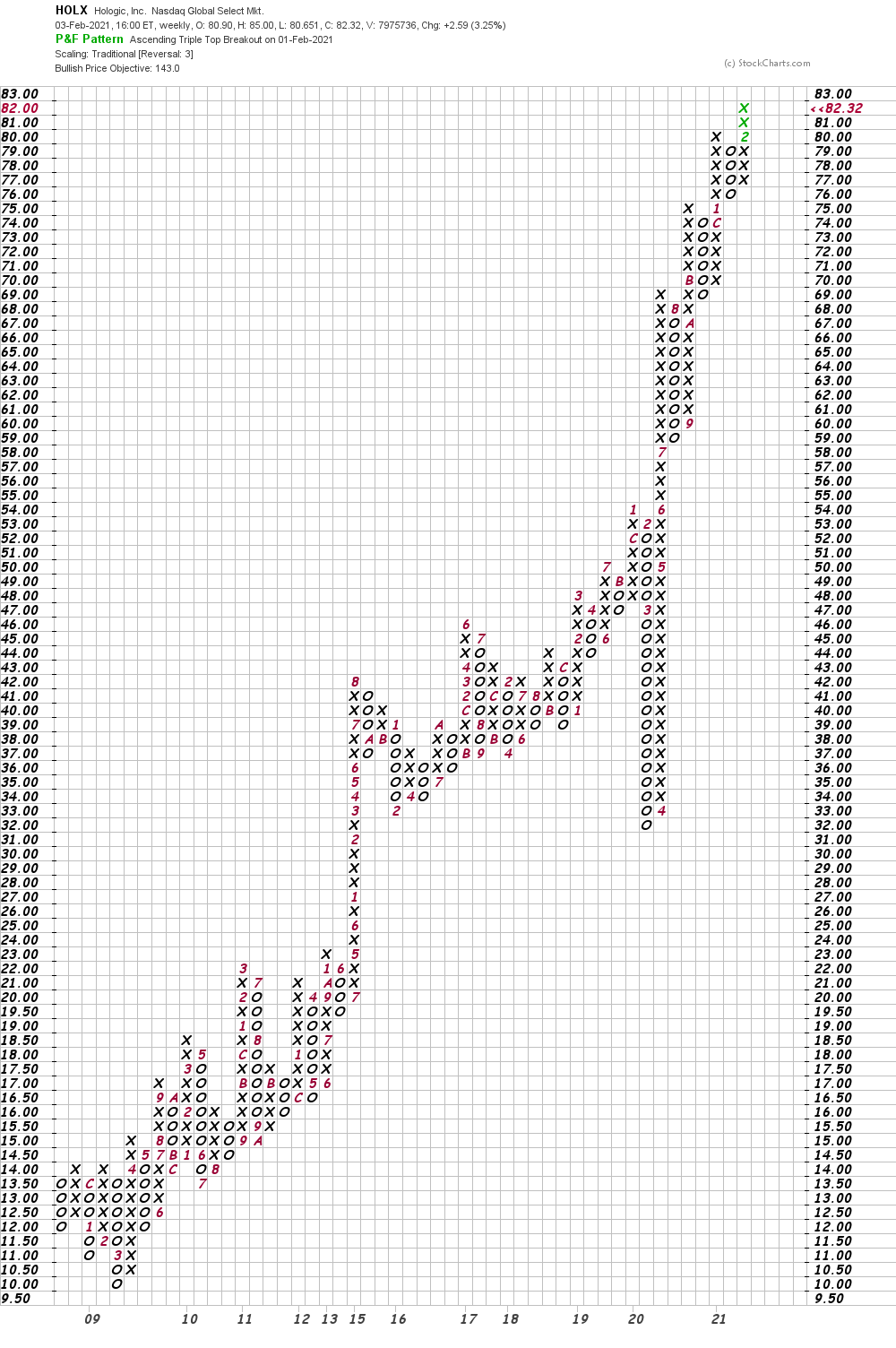 Bottom line strategy: The charts of HOLX are still pointed up. Sticking to my late December recommendation, I would wait for a downward reaction over the next several weeks to buy; the trigger could be rising interest rates or the stronger dollar or something entirely different.