Earlier this week, I wrote about U.S. companies that have heavy exposure to Europe. I predicted that third-quarter earnings for many of these businesses would be hit by unfavorable exchange rates.

The stock dropped 7% at Thursday's open, after the customer-relationship management software company lowered its forward guidance, in part because of currency headwinds. Salesforce also noted a "distinct shift in customer buying behavior" starting in July.

Salesforce isn't alone. Microsoft (MSFT) and IBM Corp. (IBM)  have also reigned in their forward guidance because of the strong dollar/weak euro equation. Like Salesforce, both of those names are significant players in the software space.

According to Statista, Microsoft receives less than half of its revenue from the U.S. IBM receives an even a smaller percentage of its sales from the U.S.

Where should investors look to buy Salesforce? On the weekly chart, the stock has strong support in the $152 area. 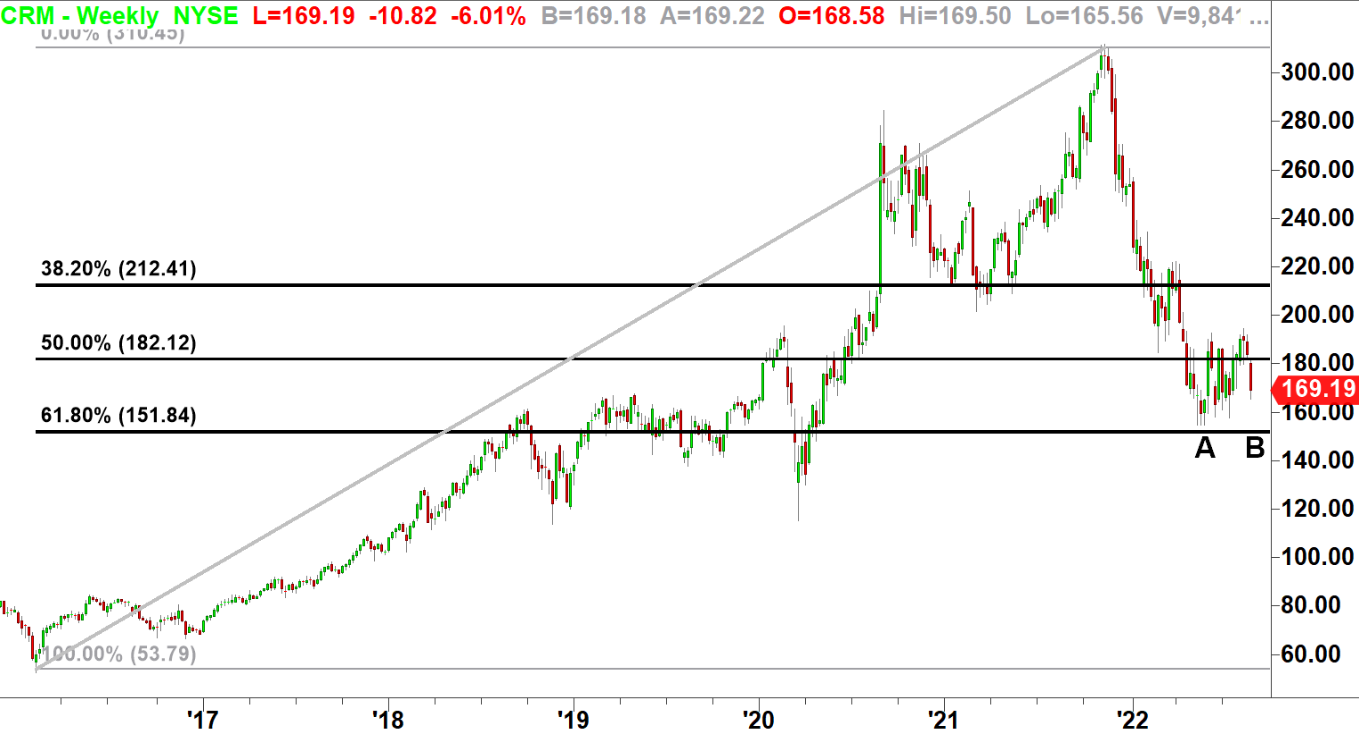 We have a cluster of support left over from May (point A), and we have a 61.8% Fibonacci retracement, originating from the stock's February 2016 lows, which also lies in that area (horizontal line, point B).

A trader who buys near $152 could sell for a small loss if the Fibonacci level is violated. This sets up a good risk/reward scenario.

Germany-based SAP Ag (SAP) , by far Europe's largest software producer, recently broke out (point A) of a bear channel (parallel lines). However, the stock is now fading, and could fall back into the channel (point B). SAP is down 37% year-to-date. 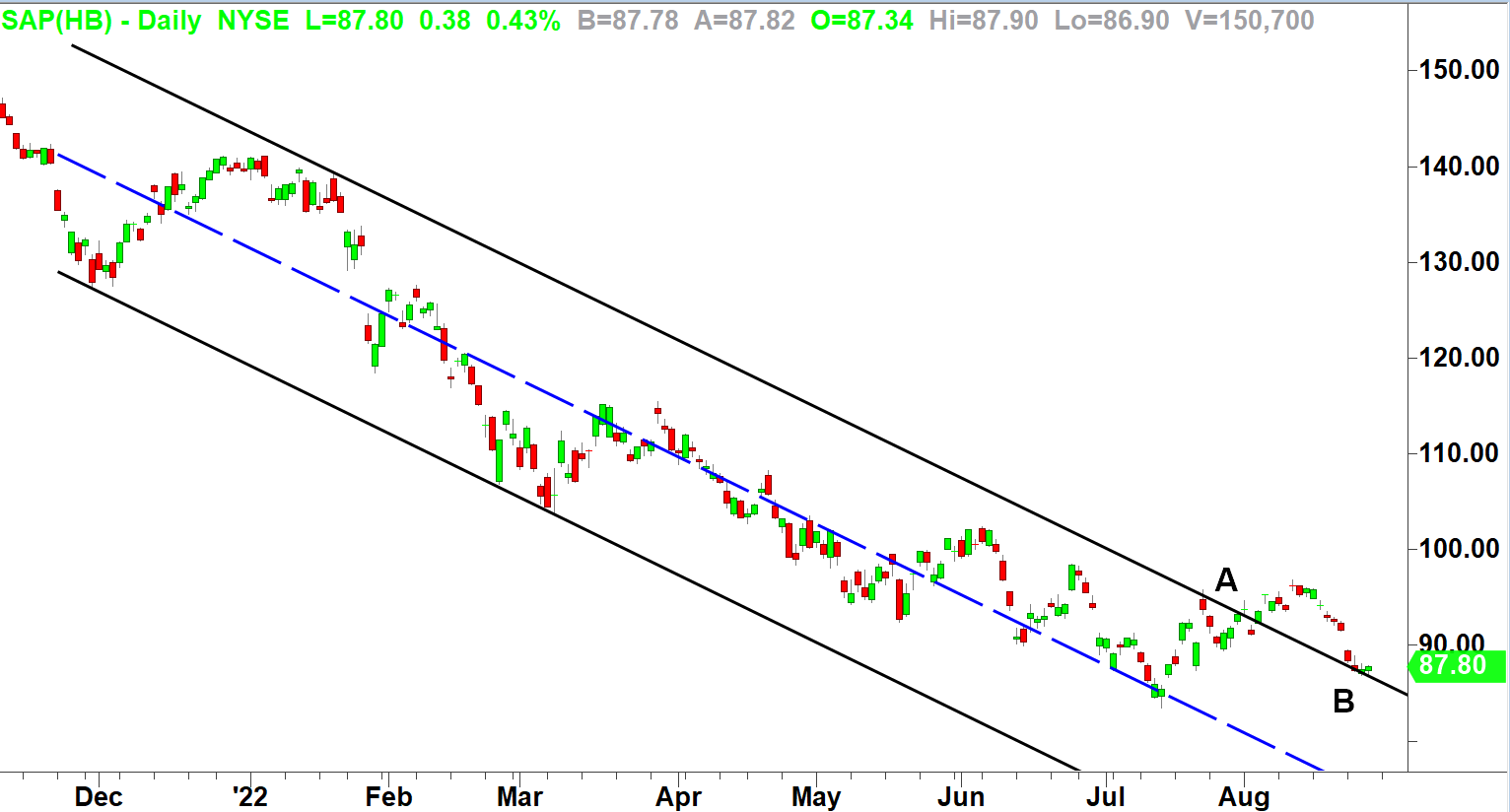 Dassault Systemes (DASTY) , based in France, has a slightly better chart, as the stock recently made a significant higher high (HH). Unfortunately, this name has also faded post-breakout, although to a lesser degree than SAP. Dassault has lost 32% this year. 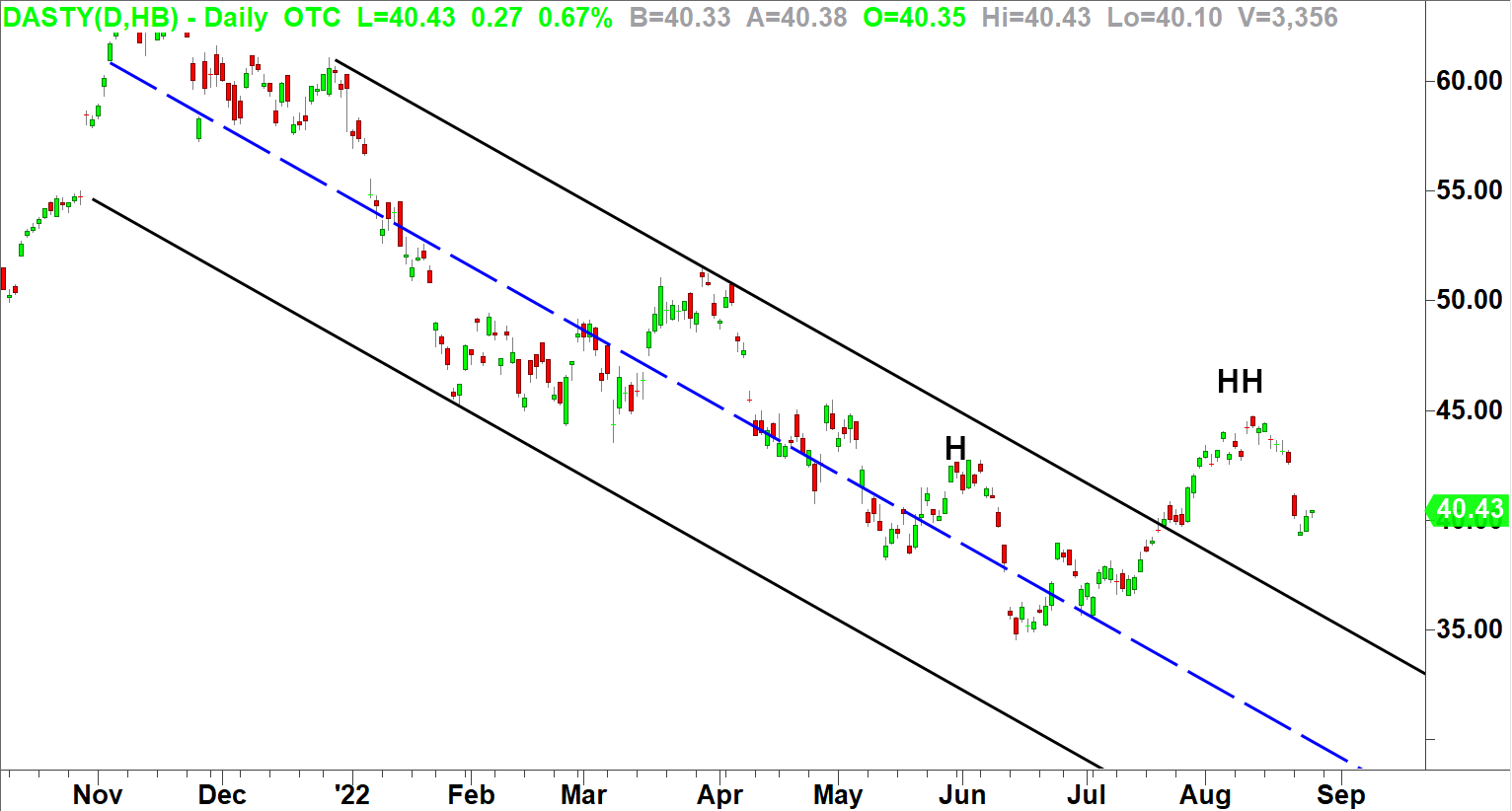 Which large-cap software stock has the best chart of the bunch? That honor goes to Microsoft.

Microsoft has formed a nascent uptrend, and a small bull channel is taking shape (parallel lines). The stock is now trading at the low end of that channel. 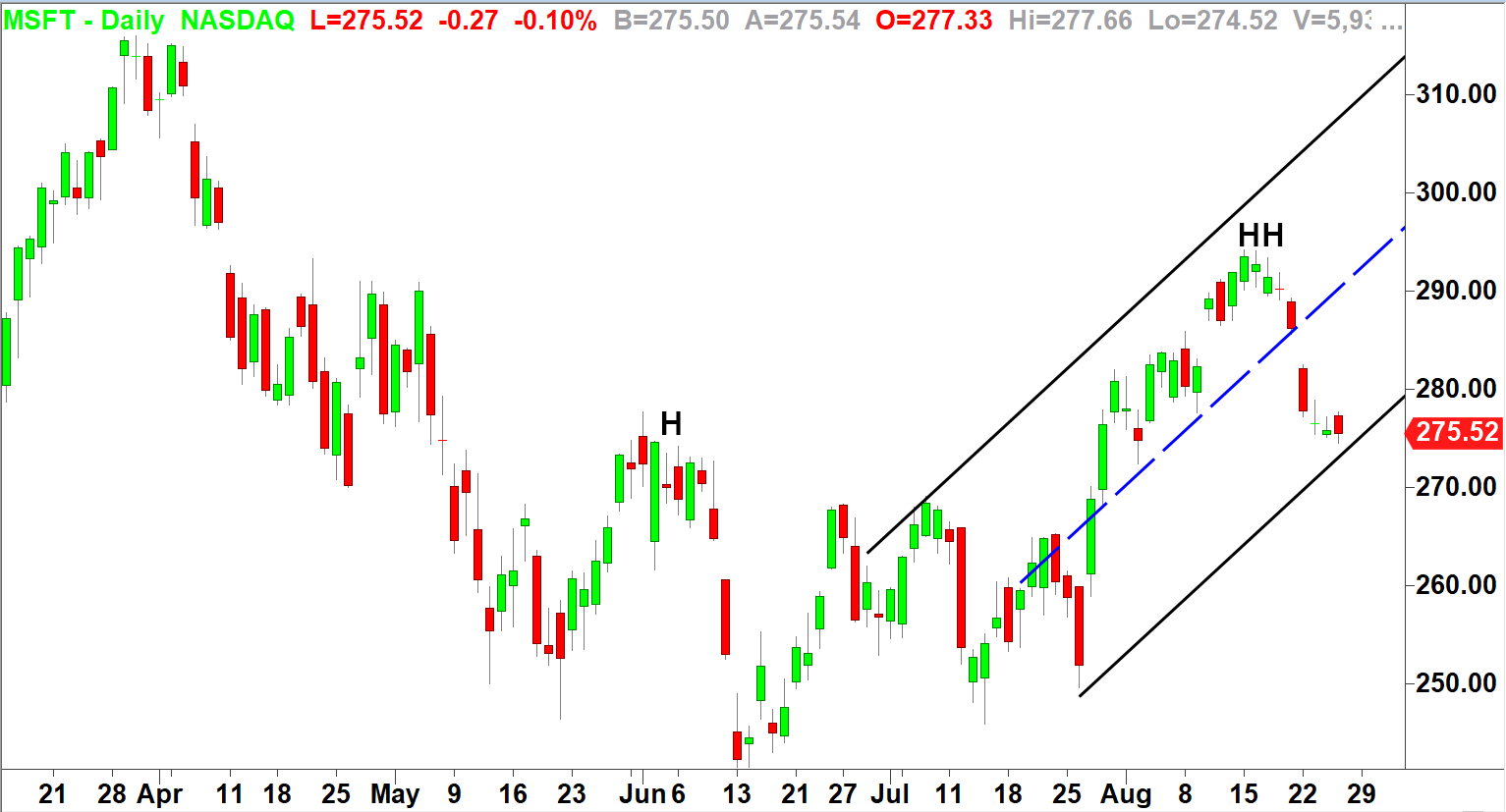 Please keep in mind, this is not an endorsement of Microsoft. Technically speaking, it's the best name in an unattractive sector. Microsoft is the best house in a bad neighborhood.

Which stocks have potential right now? Please check this article from earlier this week.

(MSFT is a holding in the Action Alerts PLUS member club . Want to be alerted before AAP buys or sells stocks? Learn more now. )

Get an email alert each time I write an article for Real Money. Click the "+Follow" next to my byline to this article.
TAGS: Investing | Stocks | Software & Services | Technology