Weingarten said that SentinelOne's autonomous platform for the monitoring, detection and response to cyber threats is more in demand than ever. His company saw 225% growth in deals over $1 million this quarter alone.

When asked about their success, Weingarten noted that artificial intelligence (AI) has become a major differentiator for SentinelOne. AI removes a lot of the noise and prevents a lot of breaches before they occur, Weingarten said.

AI is also well-suited for ransomware attacks, Weingarten added. After several high-profile attacks, companies are finally starting to realize that everyone is a target.

Let's target a couple of charts.

In the daily Japanese candlestick chart of S, below, we can see that the shares made a small base in the $50 area. The shares rallied into September where we see two upper shadows telling us that prices reached an area or level where traders are rejecting the gains.

The On-Balance-Volume (OBV) line shows a peak in September and the Moving Average Convergence Divergence (MACD) oscillator is narrowing but still well above the zero line.

In this daily Point and Figure chart of S, below, we can see that the software is projecting a possible downside price target in the $55 area -- the top end of a potential support zone. 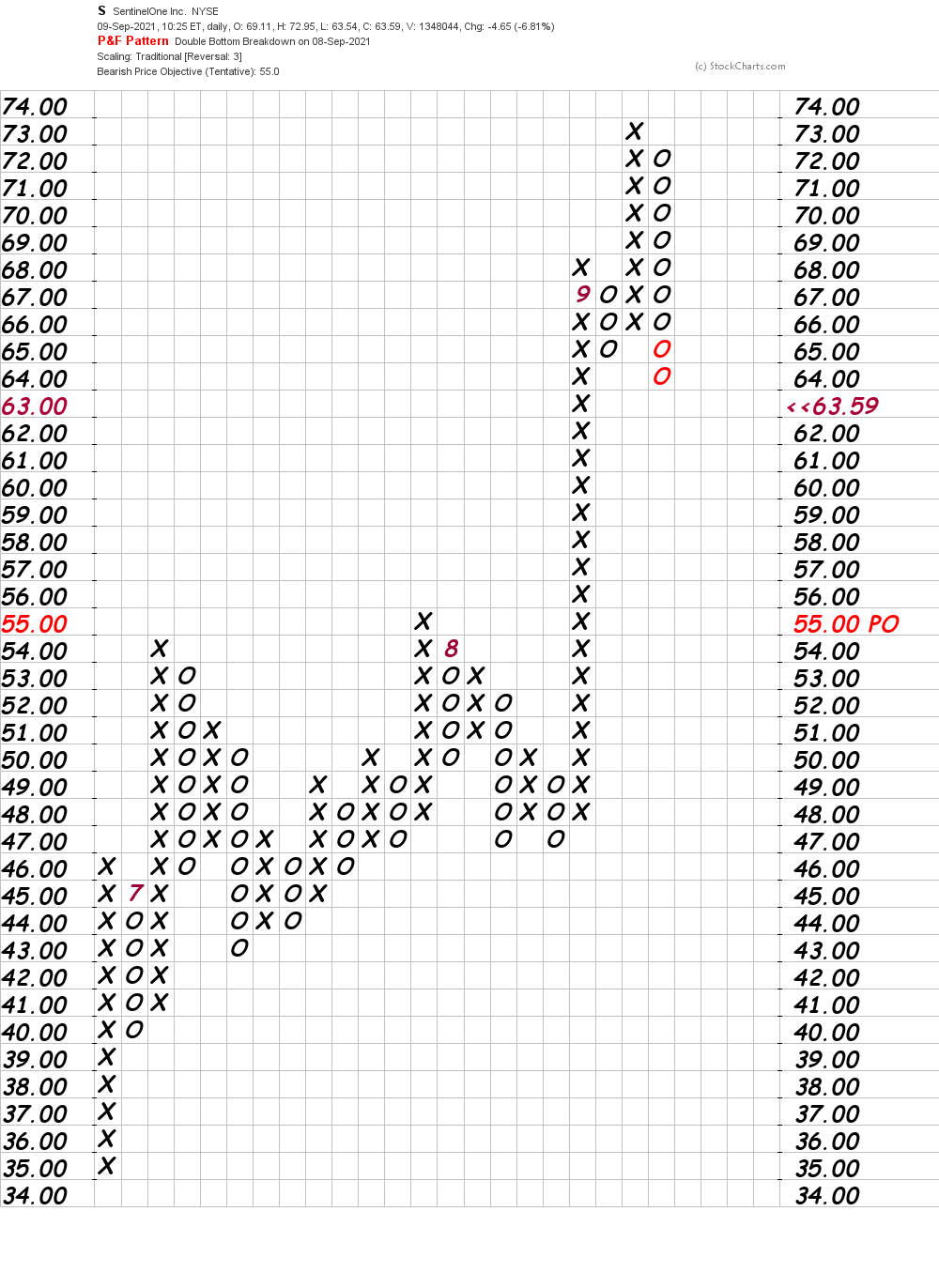 Bottom-line strategy: We do not have a lot of price history to work with but it looks like S might pull back to test the rising 20-day moving average line in the $60 area. Aggressive traders could probe the long side of S if $60 holds. Risk below $55.

Get an email alert each time I write an article for Real Money. Click the "+Follow" next to my byline to this article.
TAGS: Investing | Stocks | Technical Analysis | Cybersecurity | Software & Services | Mad Money | Executive Interview