Ford Motor Co. (F) has been around since 1903, a long-term survivor of many business cycles, several wars, and inflation and deflation. The descendants of Henry Ford can take pride in their long history, but investors in the company may have less reasons to celebrate.

Let's check out the charts and indicators of F.

The daily On-Balance-Volume (OBV) line has been in a decline and that tells us that sellers of F have been more aggressive. The trend-following Moving Average Convergence Divergence (MACD) is bearish.

In the weekly Japanese candlestick chart of F, below, we see a negative picture. F has broken a longer-term uptrend line (not drawn, use your imagination) from the early 2020 low. Prices trade below the cresting 40-week moving average line. Most of the recent candles are red (bearish) with the close below the opening. No lower shadows have developed even with prices being cut in half.
The weekly OBV line has been in a decline since January. The MACD oscillator broke below the zero line in April for an outright sell signal.

In this daily Point and Figure chart of F, below, we can see that the software has picked a downside price target of $9. 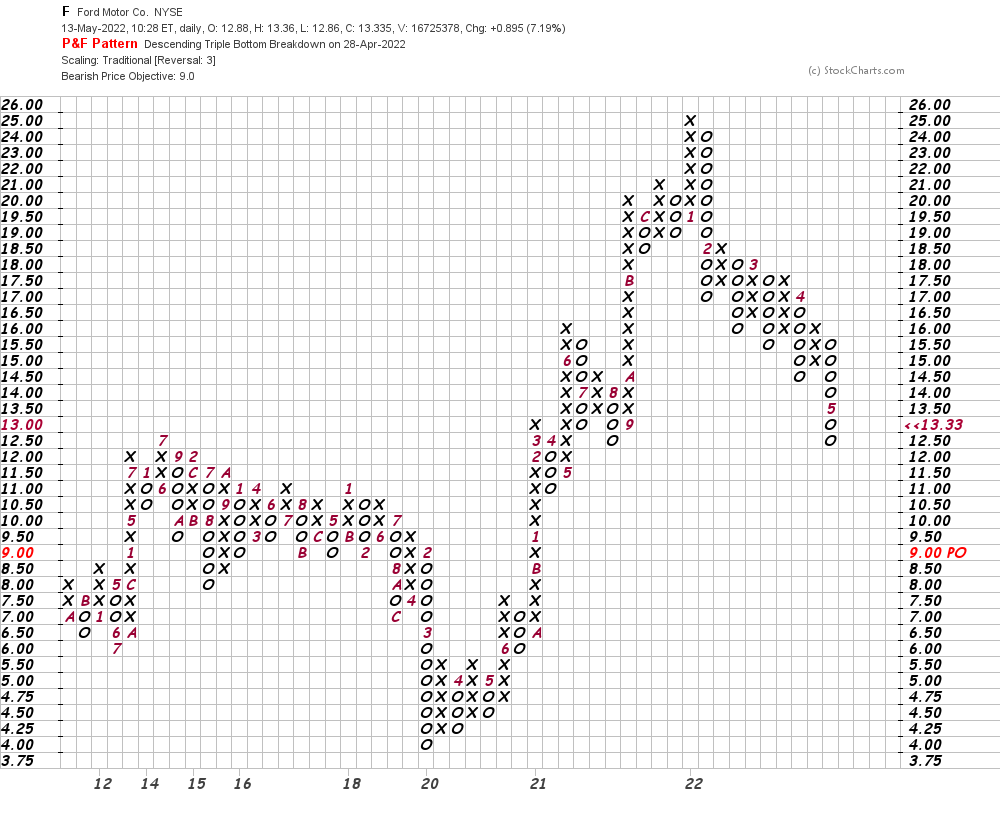 In this weekly Point and Figure of F, below, we can see a lower price target in the $7 area. 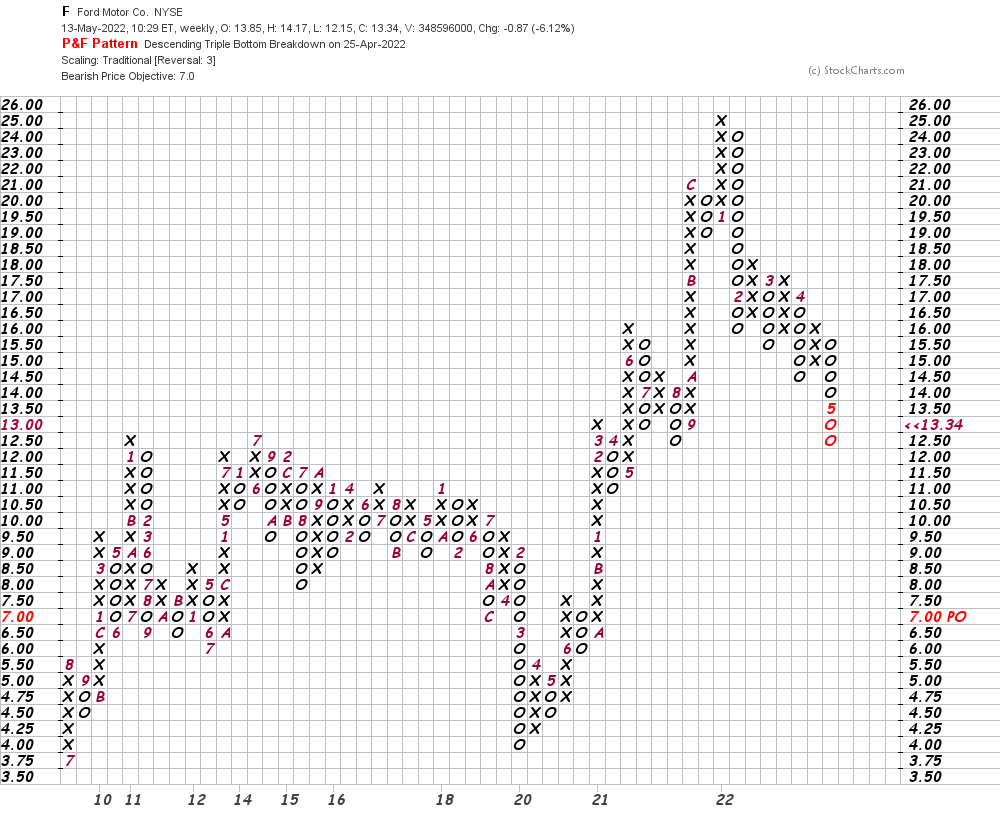 Bottom-line strategy: Despite the super-strong demand for the F-150 Lightning electric pickup truck the chart of F is weak and traders should avoid the long side for now. Maybe we will look in on F in the $9-$7 area. We'll see.
(Ford is a holding in the Action Alerts PLUS member club . Want to be alerted before AAP buys or sells F? Learn more now. )
Get an email alert each time I write an article for Real Money. Click the "+Follow" next to my byline to this article.
TAGS: Investing | Stocks | Technical Analysis | Automotive | Electric Vehicles