While the charts of the major equity indices continue to send a bullish message, some of the data have turned more cautionary to the point that we now suspect a pause or partial retracement of the recent rally is becoming more likely.

Let's take a closer look at the charts and these yellow flags. 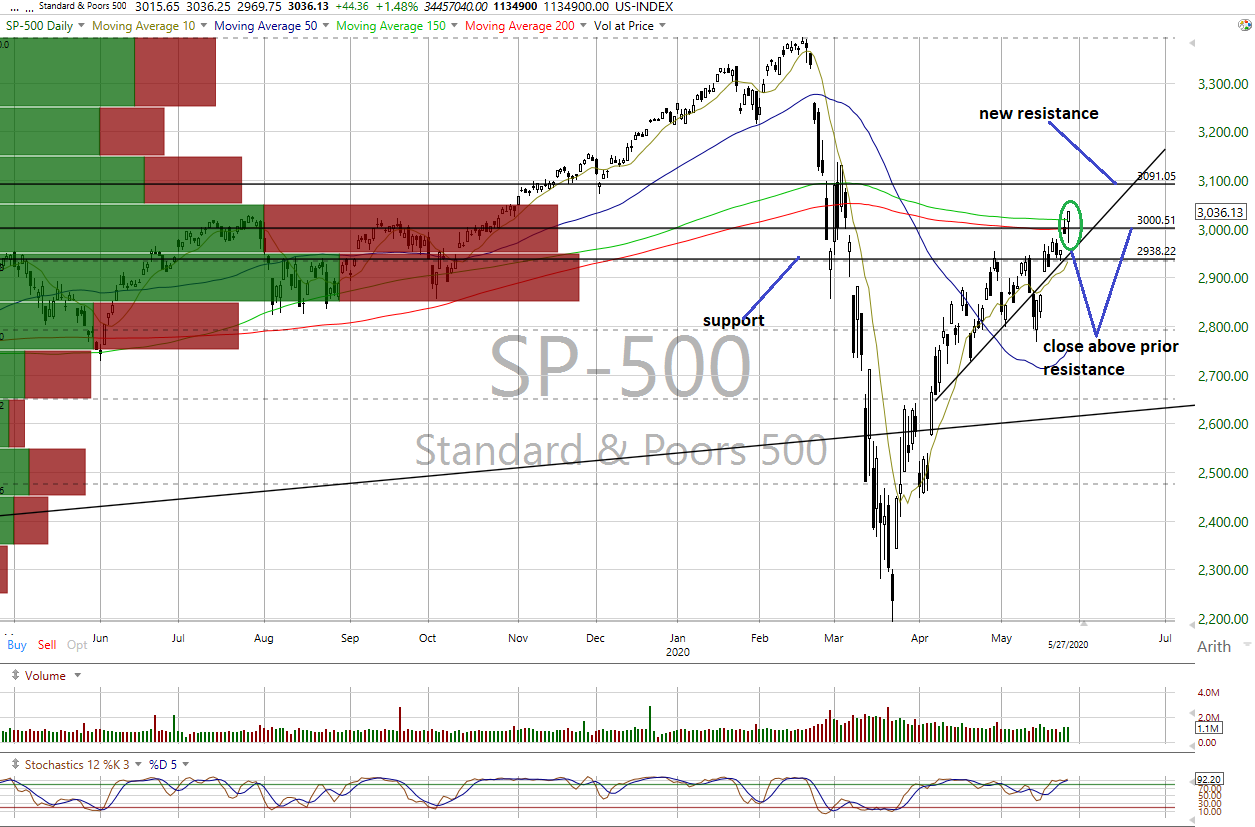 All the major equity indices closed higher Wednesday with positive internals on the NYSE and Nasdaq on heavier trading.

Positive technical achievements were registered on the S&P 500 (see above), DJIA and Value Line Arithmetic Index as each managed to close above their respective resistance levels.

In Addition, The S&P closed back above its 200-day moving average. Therefore, all of the charts remain in near-term uptrends and above their 50 DMAs as do the cumulative advance/decline lines for the All Exchange, NYSE and Nasdaq.

Stochastic levels remain overbought but have not yet registered bearish crossover signals.

The data are now waving a couple of yellow flags.

All the one-day McClellan Overbought/Oversold Oscillators moved further into overbought territory for the All Exchange, NYSE, and Nasdaq with the NYSE's now very overbought (All Exchange: +96.4 NYSE: +122.37 Nasdaq: +76.2). They suggest, in our opinion, that the fuel propelling the markets higher has largely been spent as is frequently observed prior to retracements of some degree.

The detrended Rydex Ratio (contrary indicator) is also neutral at +0.57 but has been elevating.

This week's AAII Bear/Bull Ratio (contrary indicators) at 49.4/25.33 continues to register the "crowd" as remaining quite skeptical of the markets despite the dramatic market gains from the March lows.

We would also note the cautionary signal coming from the counterintuitive percentage of S&P 500 issues trading above their 50-day moving averages (see below), which is in bearish territory at 89.9%. 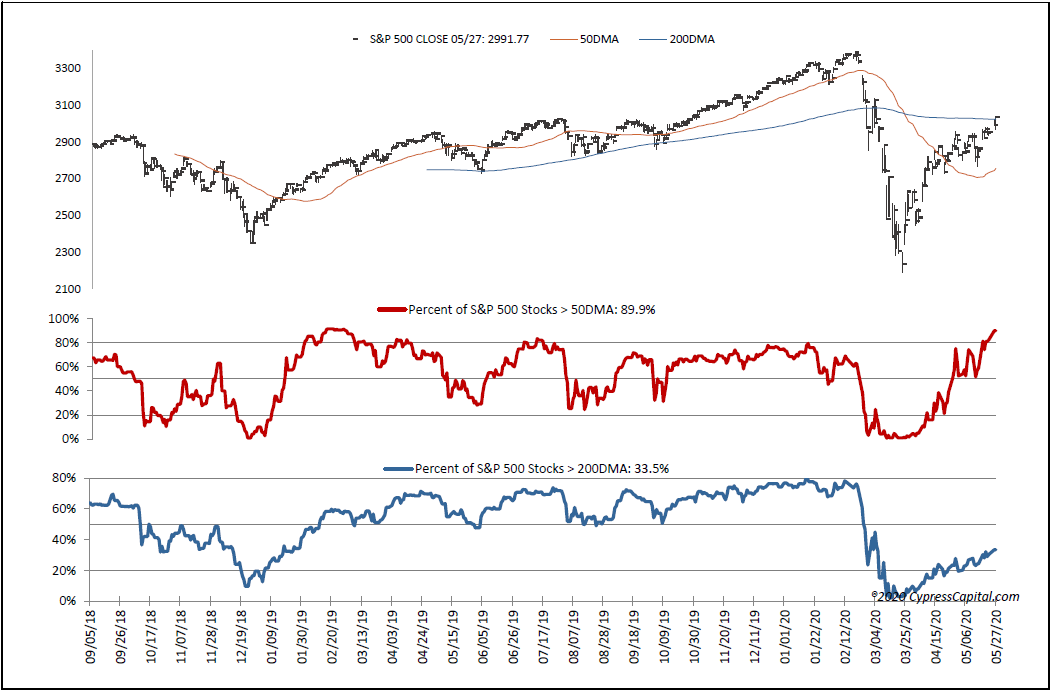 Valuation remains disconcerting with the S&P 500 trading at a P/E of 23.6x consensus forward 12-month earnings estimates from Bloomberg of $128.42 per share as the "rule of 20" finds fair value at a 19.3x multiple. This suggests the S&P remains notably overvalued.

While sell signals remain absent on the charts as breadth remains positive, the current overbought conditions for the McClellan one-day Overbought/Oversold Oscillators combined with the %50 levels and valuation suggest the potential for some pause retracement of recent gains. Nonetheless, we are maintaining our official "neutral/positive" outlook.

In Trading, Information Is Costly, but Essential

The more knowledge a trader holds, the higher the probability of success. Let's use Vaxart as an example.

How Goldman Sachs Stock Shapes Up Into Wednesday's Earnings

A look at the charts and indicators of GS ahead of its quarterly report.