The stock Ulta Beauty Inc. (ULTA) came up during Thursday's "Lightning Round" of Jim Cramer's Mad Money program. Cramer noted the ULTA has an incredible loyalty club. Does that translate into a higher stock price from here? Let's review the charts and indicators.

In the daily bar chart of ULTA, below, we can see a "monster" rally from late December with prices soaring $130 in less than four months. That's incredible but some bearish divergences are raising some flags.

The daily On-Balance-Volume (OBV) line made a lower high in April than the high back in November despite prices making a significantly higher high. This is a bearish divergence and puts me on alert for a possible reversal.

In the lower panel is the 12-day price momentum study where we see lower highs from January to April despite higher highs in the same period. The rate of advance is slowing and this too is a bearish divergence.

In the weekly bar chart of ULTA, below, we can see a bottom in late 2017 and early 2018 around $195. Prices soared in the subsequent months. ULTA is above the rising 40-week moving average line.

The weekly OBV line has been rising from early 2018 but trading volume has been shrinking. The weekly Moving Average Convergence Divergence (MACD) oscillator has narrowed and could cross to a take profits sell signal in the next few weeks.

In this Point and Figure chart of ULTA, below, we can see that prices reached a downside price target. Further declines are possible but it will take a rally to $362.28 to refresh the uptrend. 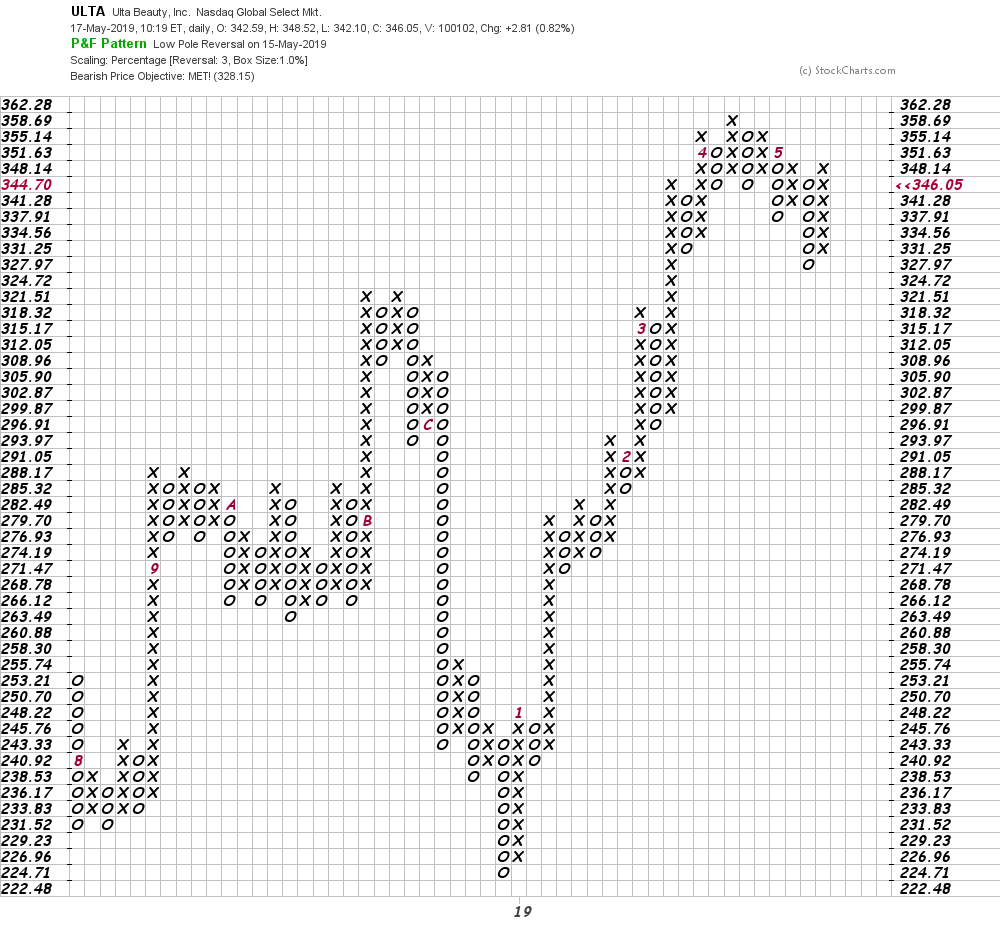 Bottom-line strategy: ULTA has nearby support around $330 and weak close below that area could precipitate a deeper setback. Protect long positions.