Jim Cramer told his Mad Money viewers Thursday night that companies are increasingly adopting a "disrupt or die" philosophy, and for many, the disruption is working. The food delivery space is also being disrupted, and not by the king of disruption GrubHub Inc. (GRUB) . Cramer said GrubHub was unseated by the venture capital-backed DoorDash and that's led to huge declines in GrubHub's shares.

Let's check out the charts of GRUB to see what might lay ahead for the delivery company.

The daily On-Balance-Volume (OBV) line has declined the past 12 months with a sharp drop at the end of October telling us that sellers of GRUB have been more aggressive. The OBV line has crept off its October low but in a fashion that suggests short-covering rather than outright buying, in my opinion.

The Moving Average Convergence Divergence (MACD) oscillator crossed to the upside for a cover shorts buy signal but remains below the zero line and an outright buy signal.

In the weekly bar chart of GRUB, below, we can see that prices have suffered a huge decline from the 2018 zenith. Prices are below the declining 40-week moving average line.

The weekly OBV line has been in a decline from September 2018 and the MACD oscillator is bearish.

In this Point and Figure chart of GRUB, below, we can see that prices reached their downside price target but there are no signs of a base pattern or a reversal. Further declines look possible. 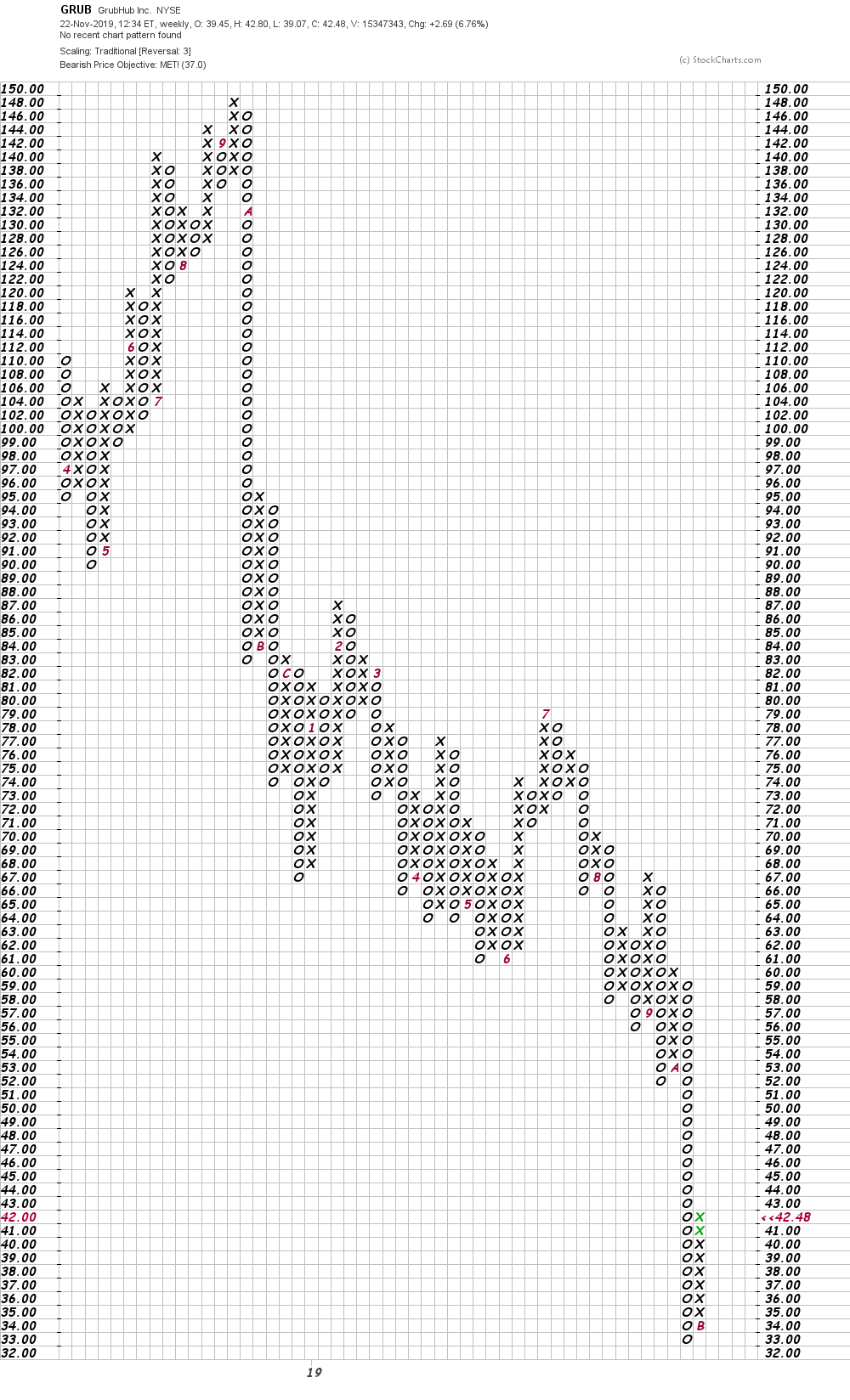 Bottom-line strategy: I guess I am "old school" as I always drive to pick up any take-out food -- Chinese or pizza -- when we don't want to cook or go out. This old school chart reader sees nothing but further declines for GRUB in the weeks and months ahead.

Get an email alert each time I write an article for Real Money. Click the "+Follow" next to my byline to this article.
TAGS: Investing | Stocks | Technical Analysis | Food & Drink | Mad Money