Amid further new closing highs on the charts of the major equity indices, psychology data continue to suggest an excess of bullish sentiment.

Let's see where the current charts and indicators are pointing this market right now. 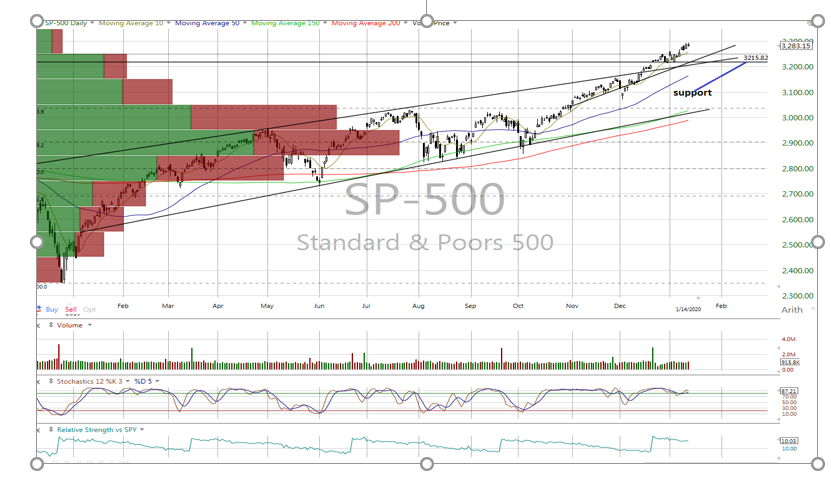 All of the index charts remain in near-term uptrends as do the cumulative advance/decline lines for the All Exchange, NYSE and Nasdaq.

The DJIA did flash a bearish stochastic crossover signal but has yet to be confirmed by chart action.

The VIX (see below) remains near support, suggesting the potential for an increase in market volatility. 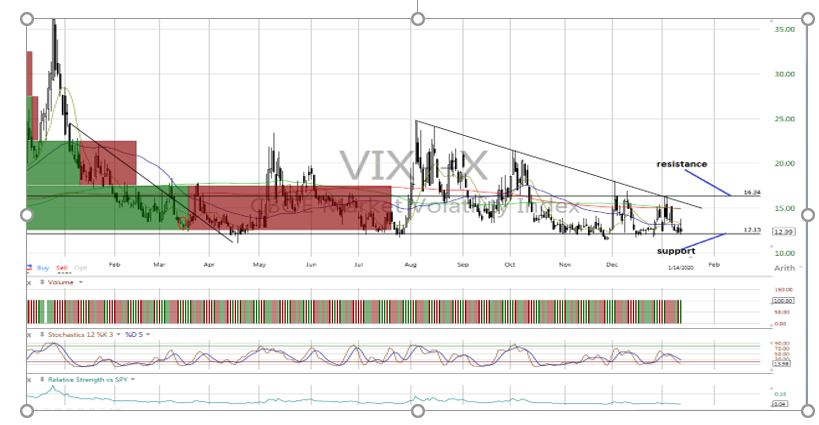 The data continue to imply some caution is warranted.

While all of the one-day McClellan Overbought/Oversold Oscillators remain neutral (All Exchange:+12.81 NYSE:+18.26 Nasdaq:+8.15), the positive charts are being counterbalanced by the following:

The Open Insider Buy/Sell Ratio at 24.5 has turned bearish as, based on volume, four times as many shares are being sold versus bought by insiders.

In contrast, the detrended Rydex Ratio (contrary indicator) remains bearish at 0.98 as the ETF traders remain highly leveraged long. They are notorious for being on the wrong side of the fence at market tops and bottoms.

Meanwhile, the Investors Intelligence bear/bull ratio (contrary indicator) continues to show an excess of bullish sentiment for advisors at 17.8/55.1.

While charts remain positive and imply their trends should not be fought, the levels of psychology data combined with overvaluation are counterbalancing the positive charts, leaving our near-term outlook at "neutral."

Get an email alert each time I write an article for Real Money. Click the "+Follow" next to my byline to this article.
TAGS: Indexes | Investing | Markets | Stocks | Technical Analysis | VIX | U.S. Equity