During Monday night's Mad Money program Jim Cramer looked ahead to some of the companies that are reporting earnings this week. On Wednesday, we'll hear from the financial firm, Goldman Sachs Group Inc. (GS) , an Action Alerts PLUS holding and a company Cramer said has the firepower to withstand the effects of the pandemic.

In the daily bar chart of GS, below, we can see that prices were nearly cut in half from January to March. GS rebounded into early June and has made a typical pullback the past four or five weeks finding support around $190 -- an area that was providing some resistance in April and May. The slope of the 50-day moving average line is positive while the 200-day moving average line still has a slight decline.

The trading volume was heavy from late February to early April suggesting a change in ownership. The On-Balance-Volume (OBV) line shows a strong move upward from late March telling us that buyers of GS have been more aggressive. This pattern is more positive than the up-and-down pattern of the OBV line on some other financial institutions.

The Moving Average Convergence Divergence (MACD) oscillator is back down to the zero line but poised to turn upward, I believe.

In the weekly bar chart of GS, below, I see a mostly positive picture. Prices are above the bottoming 40-week moving average line.
The weekly OBV line shows stability the past four months and the MACD oscillator is moving close to the zero line and an eventual buy signal.

In this daily Point and Figure chart of GS, below, we can see an upside price target of $244 being projected. 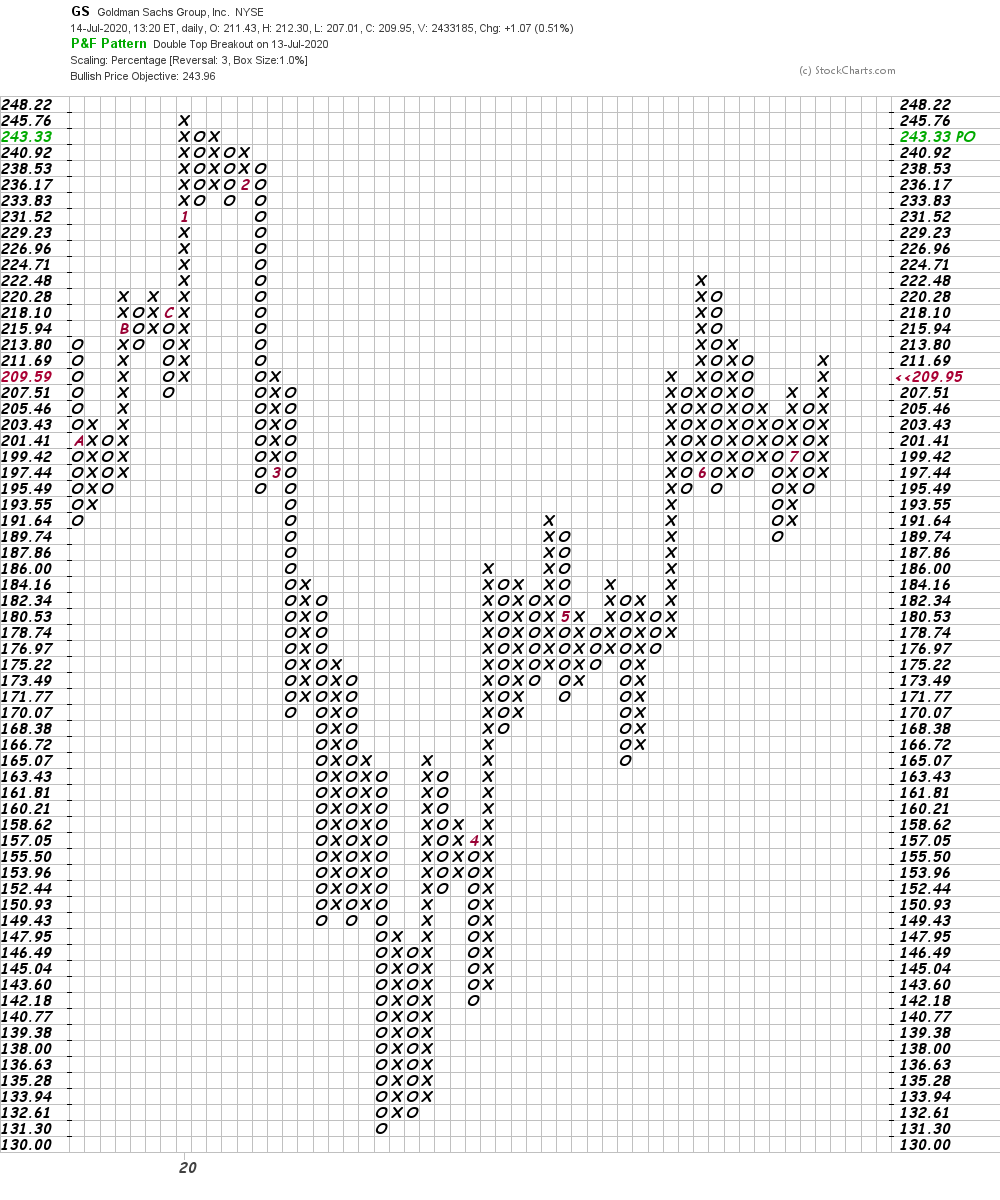 In this weekly close only Point and Figure chart of GS, below, we can see a potential longer-term price target of $305. 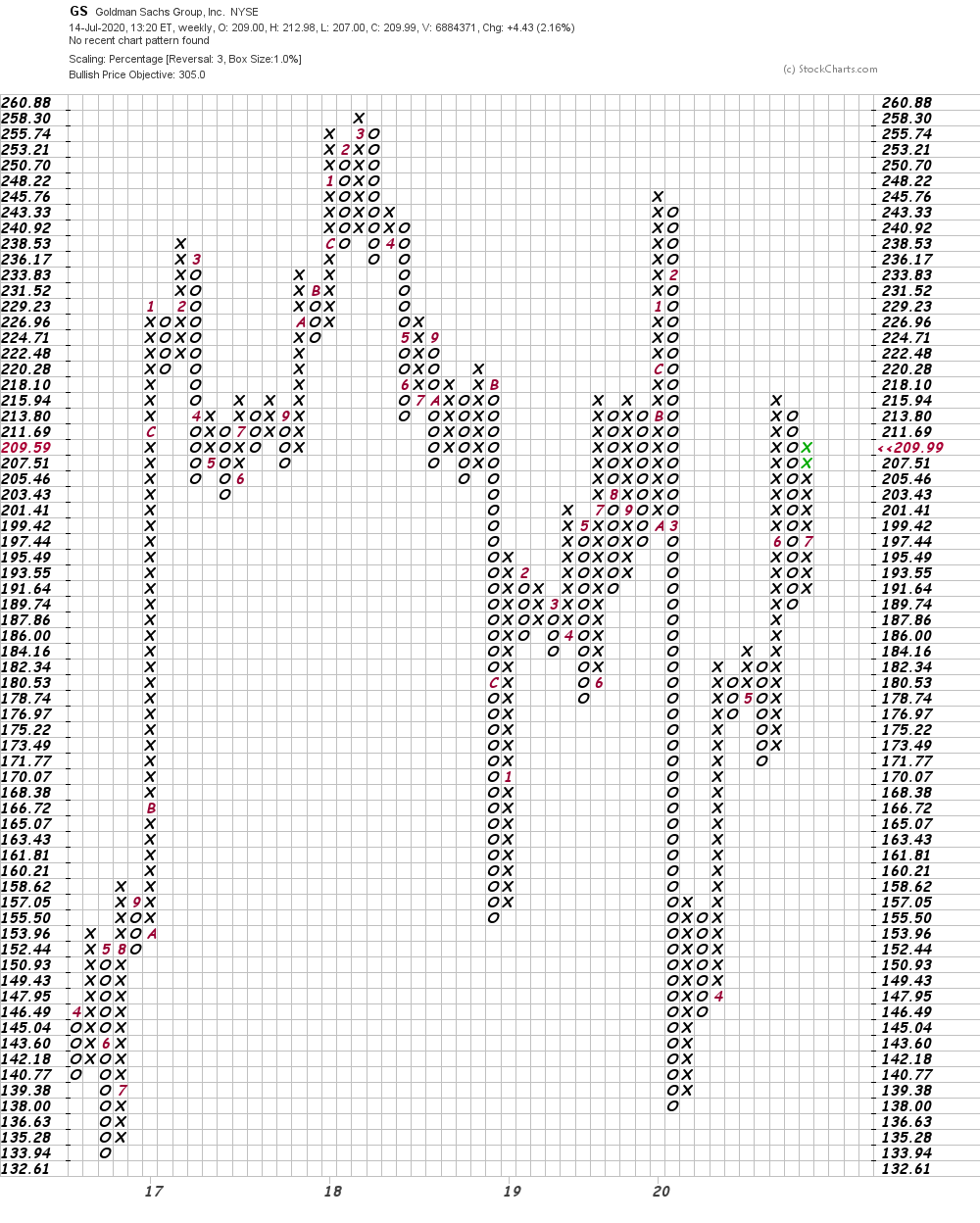 Bottom-line strategy: The charts and indicators of GS look bullish to me ahead of its quarterly report on Wednesday. Longs should risk a close below $189.

Get an email alert each time I write an article for Real Money. Click the "+Follow" next to my byline to this article.
TAGS: Investing | Stocks | Technical Analysis | Banking | Diversified Financials | Mad Money | Earnings Preview