For his "Executive Decision" segment of Mad Money Tuesday night, Jim Cramer spoke with Sean Boyd, CEO and vice-chairman of Agnico Eagle Mines Ltd. (AEM) , the gold miner with shares up 44% for the year.

Boyd explained that Agnico Eagle's strong performance has been driven by investments it has made in its pipeline, which are now ready to ramp up. The company now operates mines in Canada, Finland, Mexico, Sweden and the U.S., avoiding controversial and difficult areas of the world.

Boyd noted that Agnico Eagle is proud of its dividend, which has run continuously for the past 36 years.

Let's check out the charts of AEM and SPDR Gold Shares (GLD) .

The On-Balance-Volume (OBV) line has followed prices up and down the past 12 months but the line showed only minor weakness in September and October suggesting to us that investors and traders largely held their long positions.

In the weekly bar chart of AEM, below, we can see that prices traded in a large sideways consolidation pattern for 2017 and for much of 2018 before prices moved above the 40-week moving average line. The slope of the line is positive telling us that the long-term trend is up.

The weekly OBV line is bullish and has risen the past three years. This represents some long-term buying of AEM.

The weekly MACD oscillator turned bullish in early 2019 but is now in a take profits mode.

In this first Point and Figure chart of AEM, below, we can see a potential upside price target of $70 -- or a new high for the move up. 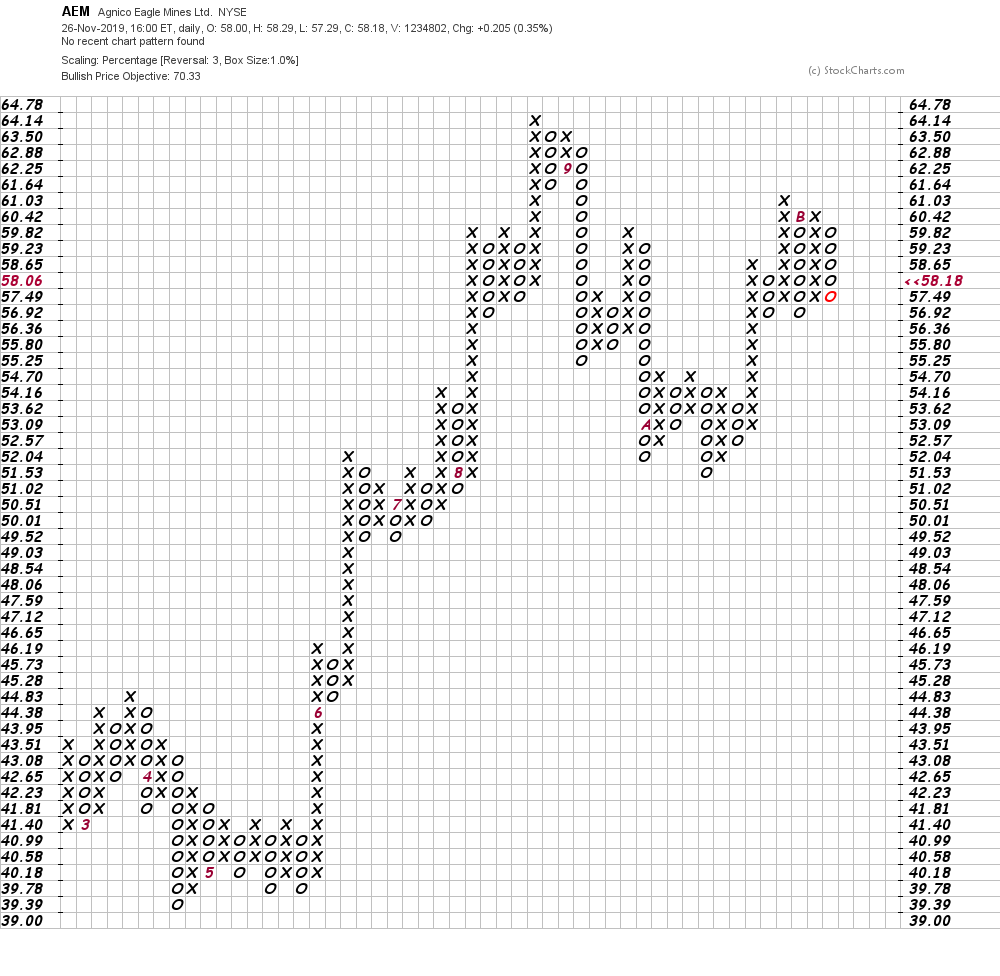 In this second Point and Figure chart of AEM, below, we used weekly data and here a price target of $79-$80 is being forecast. 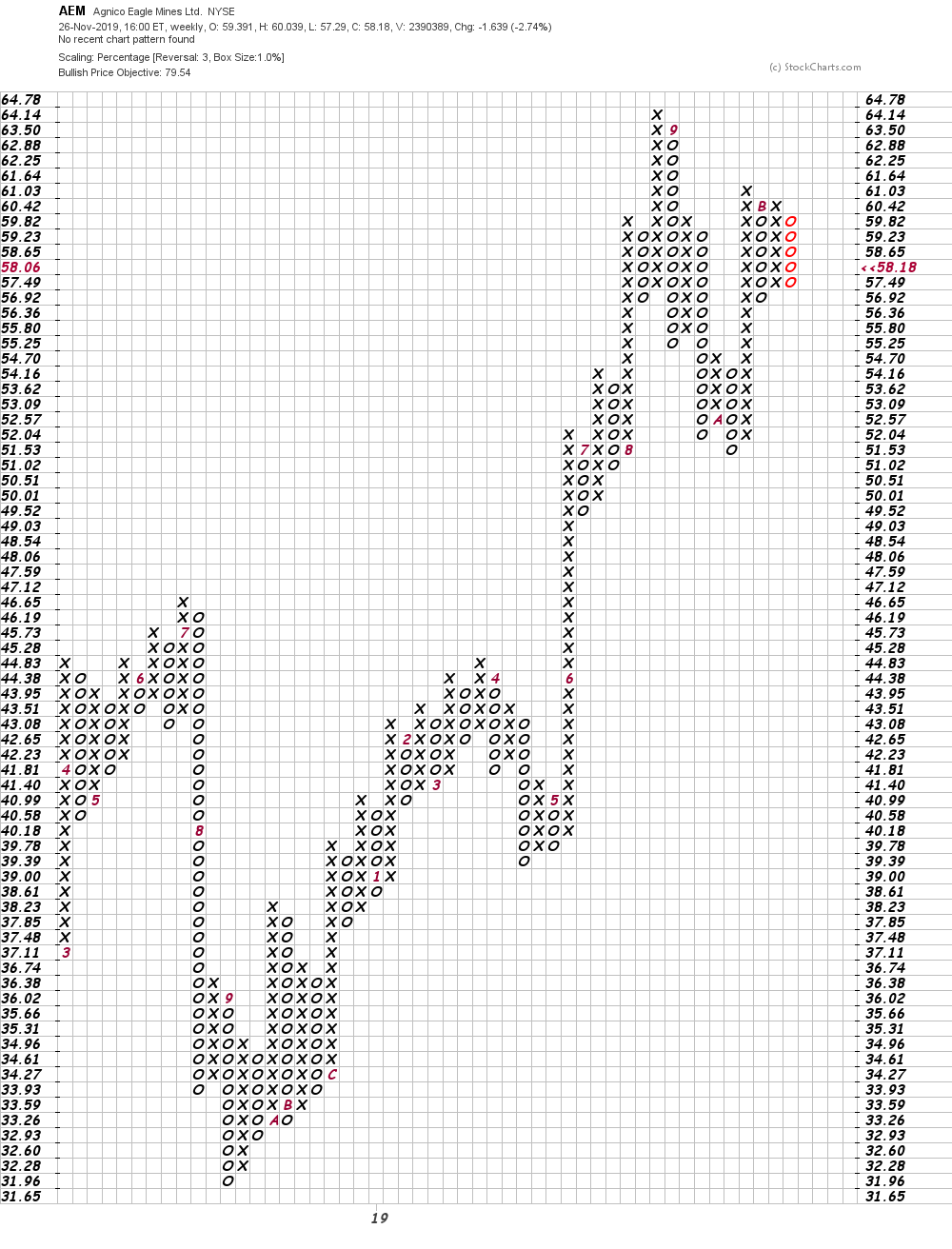 In this weekly line chart of GLD, the gold ETF, we can see the big base pattern from 2013 that some technical analysts believe can support much higher prices in the months ahead.

Bottom line strategy: AEM is likely to trade sideways for several more months. However, probably in the second half of 2020, we could see a major upside move in the price of gold and AEM.

Get an email alert each time I write an article for Real Money. Click the "+Follow" next to my byline to this article.
TAGS: Gold | Investing | Stocks | Technical Analysis | Metals & Mining | Mad Money | Executive Interview