During Wednesday's Lightning Round segment of Mad Money one caller asked host Jim Cramer his opinion of Kroger (KR) . "I think they're doing a great job. I like the stock," Cramer sounded off.

Let's check out the charts and what's on sale this week.

In the daily bar chart of KR, below, we need to use some imagination. We need to imagine that the late January upside price spike did not happen. Put your thumb over the price action and now we see a nice sauce bottom pattern from early September. The shares are trading above the rising 50-day and 200-day moving average lines. We can also see a bullish golden cross of these two averages in early March.

The On-Balance-Volume (OBV) line has been on an uptrend from the middle of September and tells us that buyers of KR have been more aggressive. The Moving Average Convergence Divergence (MACD) oscillator is above the zero line and hopefully poised for a fresh buy signal.

In the weekly bar chart of KR, below, we can see a positive longer-term picture. Prices are in an uptrend above the rising 40-week moving average line.
The weekly OBV line is constructive and the MACD oscillator is bullish.

In this daily Point and Figure chart of KR, below, we can see a potential upside price target in the $41 area. Not bad but if we put a thumb over the late January rally (look for the "1" on the chart) the picture is more bullish. 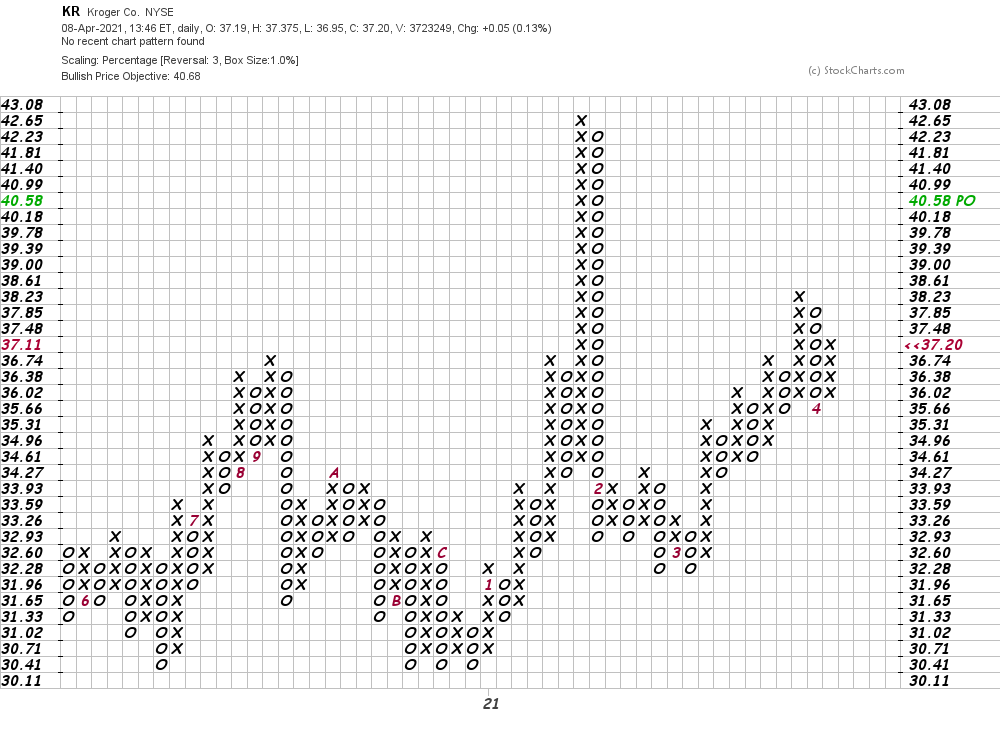 In this weekly Point and Figure chart of KR, below, we used close-only price data and a traditional even-dollar scaling. A trade at $39 will refresh the uptrend. The $63 area is the longer-term price objective based on the X's and O's. 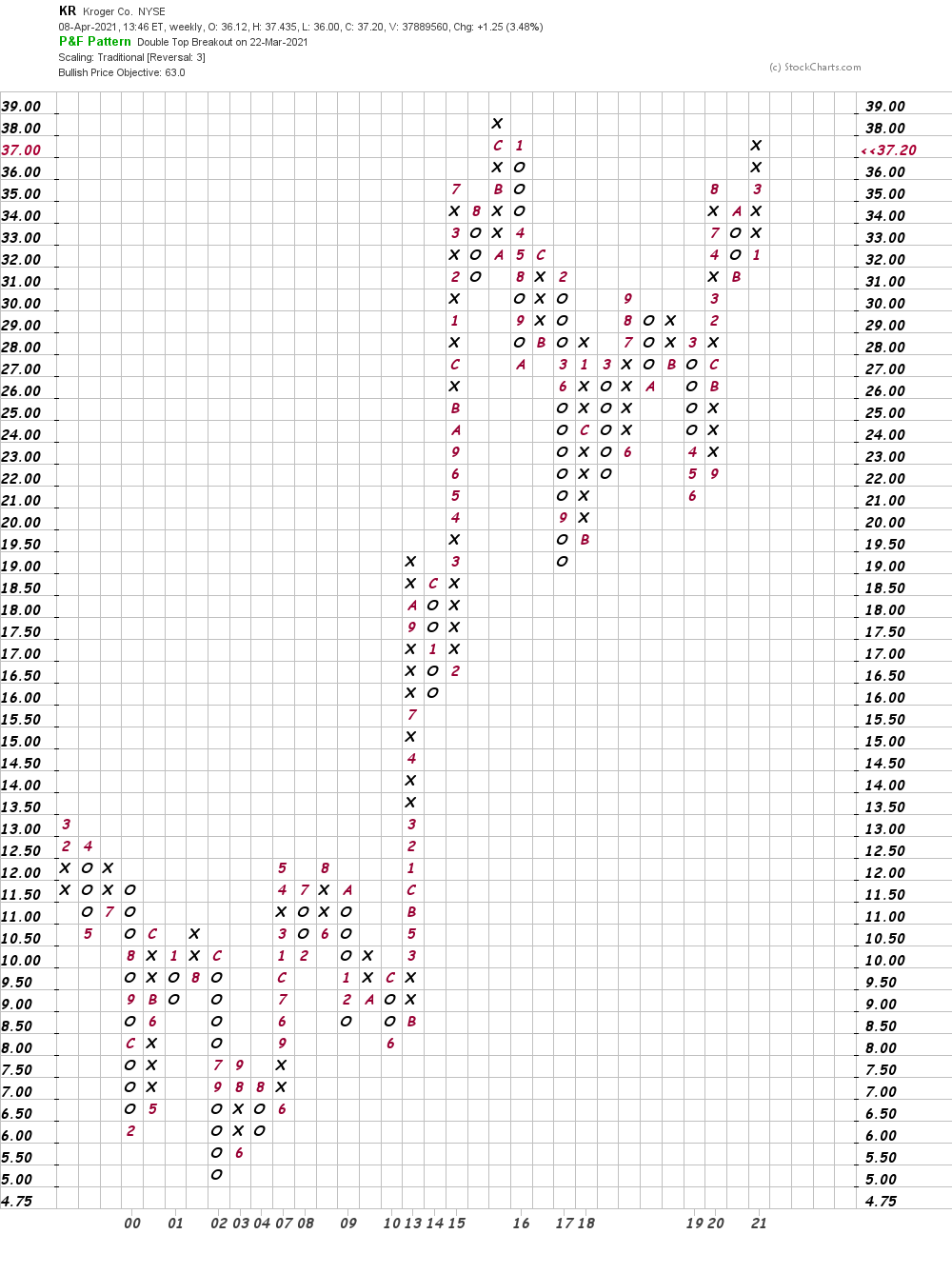 Bottom-line strategy: In our last review of KR back on June 15 we wrote that, "KR has been stalled in recent weeks and the indicators have weakened. KR's charts indicate the stock could decline into the $31 to $28 area in the weeks ahead. A break of the March low is possible but the Point and Figure charts are not indicating that at this point in time." KR peaked in August and worked down to the $31 area by December. KR has started a new upswing and aggressive traders who do not shop hungry could go long KR at current levels risking below $34.
Get an email alert each time I write an article for Real Money. Click the "+Follow" next to my byline to this article.
TAGS: Investing | Stocks | Technical Analysis | Food & Staples Retail | Mad Money