General Electric (GE) is trading up Monday morning on media reports that there may be a buyer for its jet leasing unit (GE Capital Aviation Services). I will leave the news coverage of GE the company to others more capable here at Real Money and just look at the charts and indicators to see if GE the stock can sustain a rally in the days ahead.

In the daily bar chart of Stocks Under $10 holding GE, below, we can see just part of the long decline in shares of this iconic company. Prices have shown some stability in the past five weeks or so but that has happened before -- like in March and April -- but it has not resulted in a sustained advance in the past. Prices closed on Friday right at the underside of the declining 50-day moving average line so we could see them close above the 50-day line Monday. The 200-day moving average line has had a bearish slope the past year and it acted as resistance in early October as prices stopped at the underside of that long-term indicator.

The daily On-Balance-Volume (OBV) has stabilized since the middle of November and inched up slightly into the end of the year. This could be short-covering as opposed to aggressive outright buying but it is a change from the long decline of past months.

The trend-following Moving Average Convergence (MACD) oscillator gave a cover shorts buy signal in late November and is not far below the zero line. Crossing the zero line will be a technical positive should it happen.

In the weekly bar chart of GE, below, we can see the losses of the past three years. Prices are well below the declining 40-week moving average line.

The weekly OBV line shows a long decline with a upturn last month. The weekly MACD oscillator is close to a weekly cover shorts buy signal. 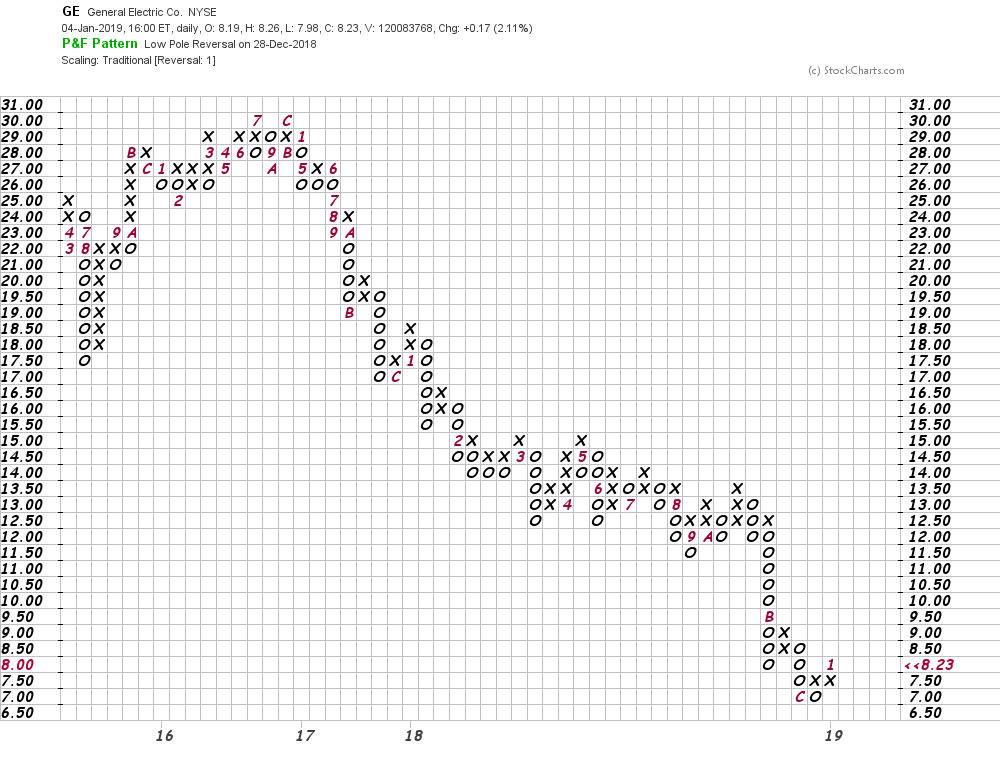 Get an email alert each time I write an article for Real Money. Click the "+Follow" next to my byline to this article.
TAGS: Investing | Stocks | Technical Analysis | Value Investing | Aerospace | Transportation | Conglomerates | U.S. Equity | Stock of the Day