Linde is seeing growth in all its end markets, Angel said. In health care, the company provides much-needed oxygen to hospitals and health systems. He said Linde's gases supported 1.6 million patients even before Covid and that number only continues to grow as the pandemic continues. Linde is also a provider of in-home oxygen services.

Linde's other end markets include aerospace, food and beverage, energy and even new technologies to capture carbon and convert it into dry ice.

Turning to the topic of green hydrogen, Angel said countries around the globe are putting regulatory frameworks into place to incentivize the use of green hydrogen and put penalties on carbon. The cost of renewable energy is also falling, which now makes green hydrogen competitive with natural gas, opening a world of possibilities.

We checked out the charts of LIN last Oct. 12 and wrote at that time, "Aggressive traders who are disciplined enough to use a $229 sell stop could go long LIN at current levels for a possible rally to the $265 area. Otherwise, stand aside for now." Prices fell below our $229 stop and then quickly reversed to rally to our price target. Trades like this come with the territory.

The trading volume has remained steady the past three months, but the On-Balance-Volume (OBV) line has moved lower. The OBV line tells us that sellers of LIN have been more aggressive, but the price action has been sideways -- interesting. The Moving Average Convergence Divergence (MACD) oscillator just generated a cover shorts buy signal.

In this weekly bar chart of LIN, below, we see a mixed picture. Prices are in a longer-term uptrend above the rising 40-week moving average line. We can see two recent successful tests of this indicator. The weekly OBV line has been tracking lower since August while prices have moved higher. This is a bearish divergence, but LIN is ignoring it. The MACD oscillator is above the zero line but is in a take profit sell mode for now. A new buy signal could develop if prices rally soon.

In this daily Point and Figure chart of LIN, below, we can see a potential upside price target in the $294 area. Not bad. 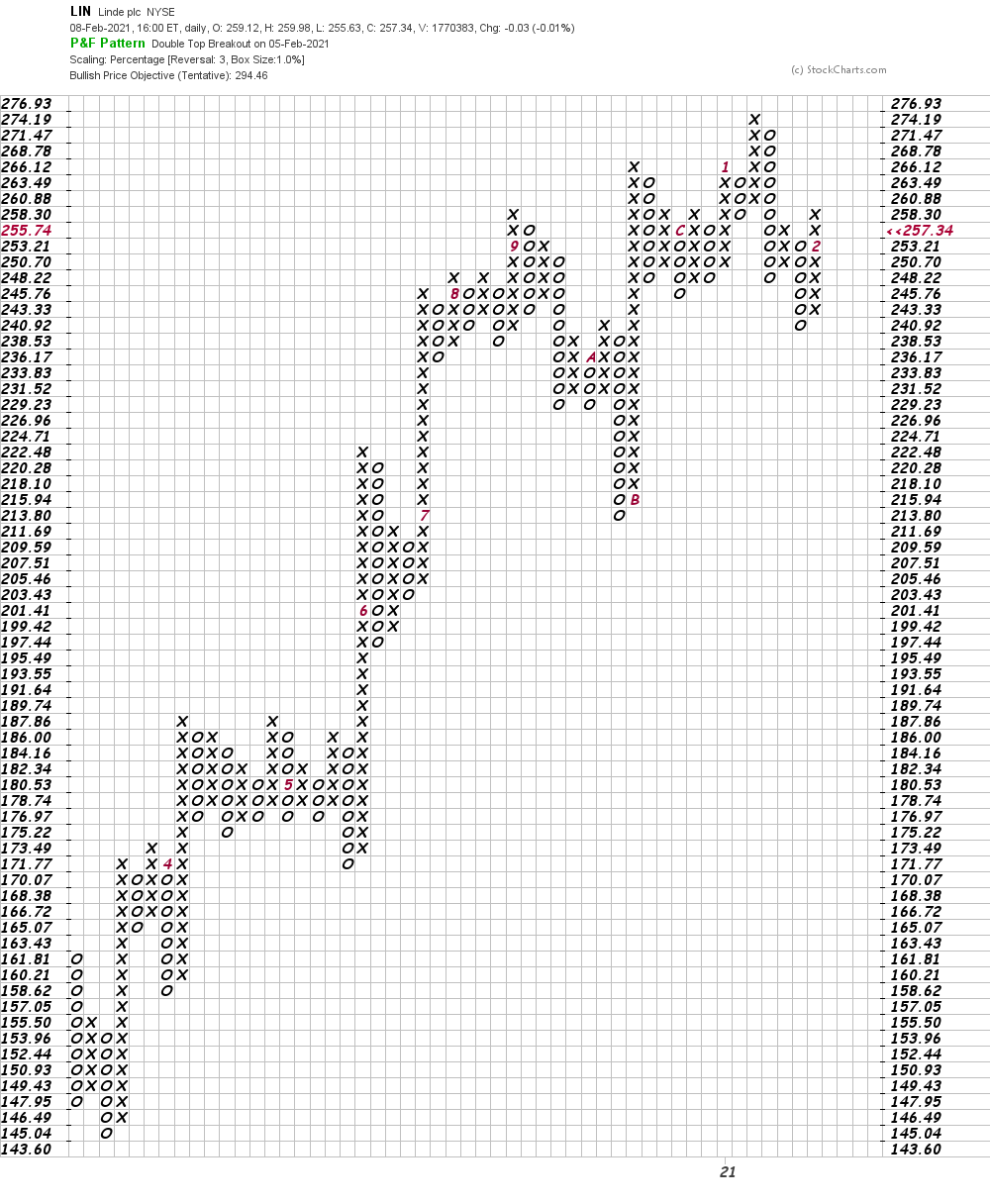 In this weekly close-only Point and Figure chart of LIN, below, we can see the software is projecting a price target in the $367 area. 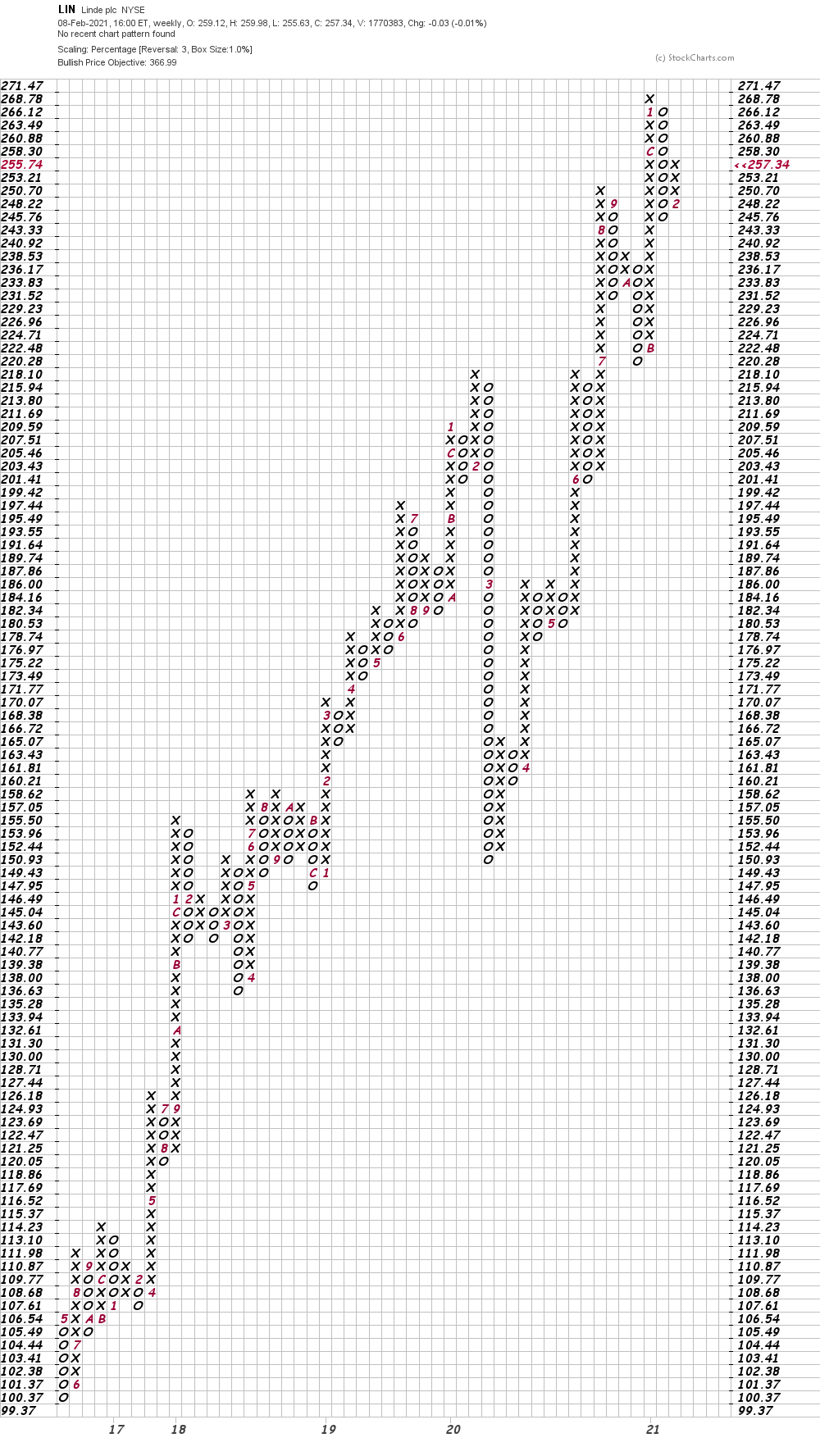 Bottom line strategy: LIN is ready to move to new highs, but a broad market decline could derail that for a short time. Keeping that in mind, traders could look to buy a dip to $250 and then risk below the 200-day moving average line, or around $230.