Stocks started off in the red on Monday, as a series of bleak headlines made their way through the markets. Yet, all the major indexes finished the day green, which is now becoming the norm.

Why was Monday's market so resilient? A closer look at the headlines shows that the news wasn't as negative as it first appeared.

While the move from the People's Bank of China came as a surprise, it was only a 10 basis-point reduction in both short-term and medium-term (1-year) rates. In other words, it was more symbolic than substantial.

Then the Empire State Manufacturing Index dropped to -31.3, vs. expectations of +5.1. It was the worst result for the index in two years, and the second-largest decline on record.

Why did markets shrug off the huge manufacturing miss? Essentially, traders aren't going to panic over one bad data point.

Additional information will become available later this week, when the Philly Fed Manufacturing Index is released on Thursday morning. Traders will be watching to see if that index can match its expected result of -4.9.

Another potential factor is the effect of a strong U.S. dollar. A strong greenback makes U.S. exports more expensive, and therefore hurts manufacturing. The euro, at the same time, is trading at its weakest level in 20 years, making European exports more attractive.

While the news might not be as bad as it seems, one notable Wall Street trader refuses to see the glass as half full. Scion Capital's Michael Burry, who famously predicted the crash of 2008, as depicted in the film "The Big Short," has exited the market.

Scion's latest 13-F filing was released on Monday, and only one stock was left standing: Geo Group (GEO) . This stock popped for a 11.64% gain on Monday, with Geo Group closing at a six-month high on 8-times its average volume. 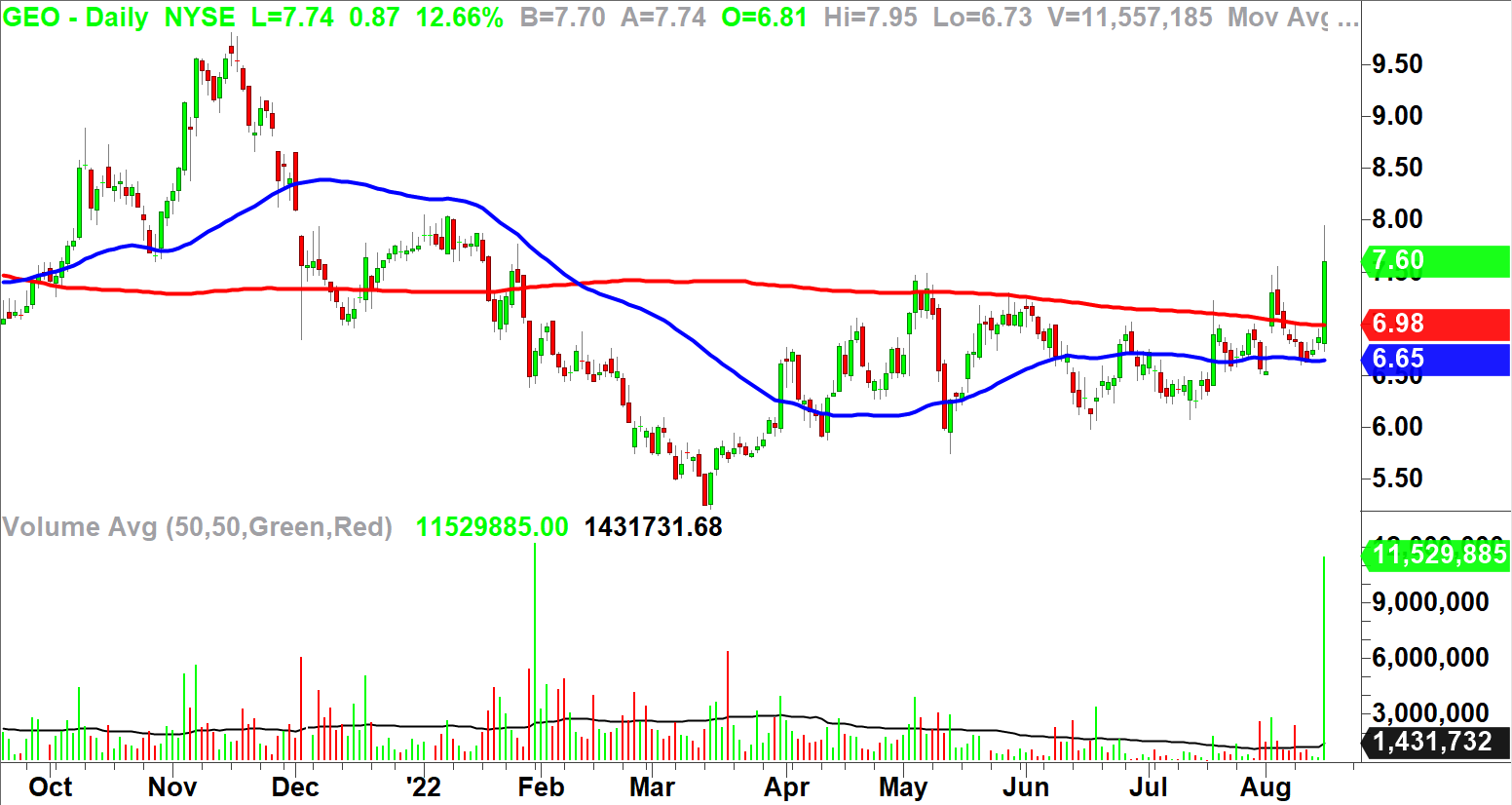 I'm initiating a long position in this stock. If you're thinking of buying as well, be aware that Geo Group is a small stock, with a market capitalization of under $1 billion. This means exiting and entering could be tricky, as liquidity is sometimes low and volatility high. Use limit orders and avoid large orders.

Was Burry right to sell his holdings? If you recall "The Big Short," Burry was right, but early. If that's true again, most individual traders can exit their portfolios with just a couple of clicks. Unlike Burry and other institutional traders, we have the luxury of agility on our side.

Get an email alert each time I write an article for Real Money. Click the "+Follow" next to my byline to this article.
TAGS: Currencies | Investing | Options | Stocks