Ford Motor Co. (F) is feeling the pain from its supply chain. Reports say that Ford may need to shut down some of its U.S. car plants as early as next week if it does not get deliveries of engines from Mexico's Chihuahua state. The governor of Chihuahua has limited industrial capacity to 50% due to the coronavirus.

Let's see if this news is impacting the stock.

In the daily bar chart of F, below, we can see that the decline in the shares started early and did not reach a low until late March. Since that low was made we have seen an early April retest, a May retest and a rally failure to the underside of the declining 200-day moving average line.

The trading volume has been very heavy for several months and yet the On-Balance-Volume (OBV) line shows only a modest improvement into June. This is not the picture of aggressive buying.

The trend-following Moving Average Convergence Divergence (MACD) oscillator looks poised to cross back below the zero line for an outright sell signal.

In the weekly bar chart of F, below, we can see that the stock price has been in a decline for several years. The problems started long before the pandemic. Prices are below the declining 40-week moving average line.
The weekly OBV line is bearish and the MACD oscillator is starting to narrow from below the zero line. This could lead to another sell signal in the weeks ahead.

In this Point and Figure chart of F, below, we can see that a trade at $5.77 will be a new low for the move down and will weaken the chart picture. This could open the way to a decline to the $4.00 area or even lower. 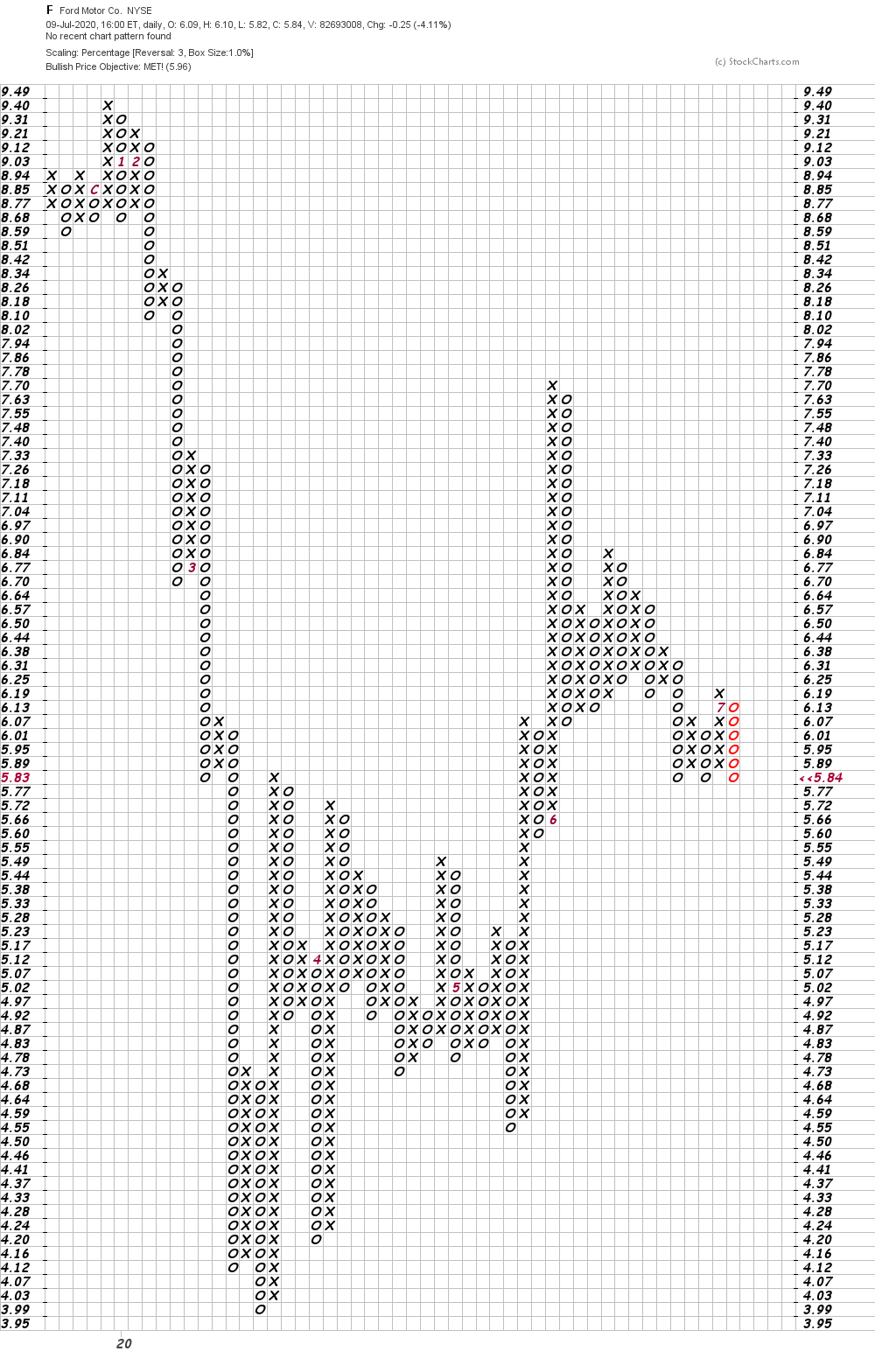 Bottom-line strategy: The charts of F have been weak for some time now. A decline to the $4.00 area or lower is possible in this current environment.
Get an email alert each time I write an article for Real Money. Click the "+Follow" next to my byline to this article.
TAGS: Investing | Stocks | Technical Analysis | Automotive