When we last looked at AEO on July 14 we wrote: "Successful trading is sometimes a balancing act between the short term and the long term. In the short run we could see AEO weaken toward the $30 area, but the longer-term picture is promising with a Point and Figure target of $51."

In the updated daily bar chart of AEO, below, we can see that the shares have been soft since our July review. The slope of the 50-day moving average line has turned negative but the slope of the 200-day line is still positive.

The On-Balance-Volume (OBV) line has been drifting lower since late April telling us that sellers of AEO have been more aggressive. The Moving Average Convergence Divergence (MACD) oscillator is below the zero line in sell territory.

In the weekly Japanese candlestick chart of AEO, below, we see a mixed picture. Prices are in a longer-term uptrend above the rising 40-week moving average line. There have been a number of bearish candles in the past four months but support has developed around the $32 level.
The OBV line has been stalled the past five months or so. The MACD oscillator is pointed down after crossing to the downside in May.

In this daily Point and Figure chart of AEO, below, we can see a downside price target of $29. 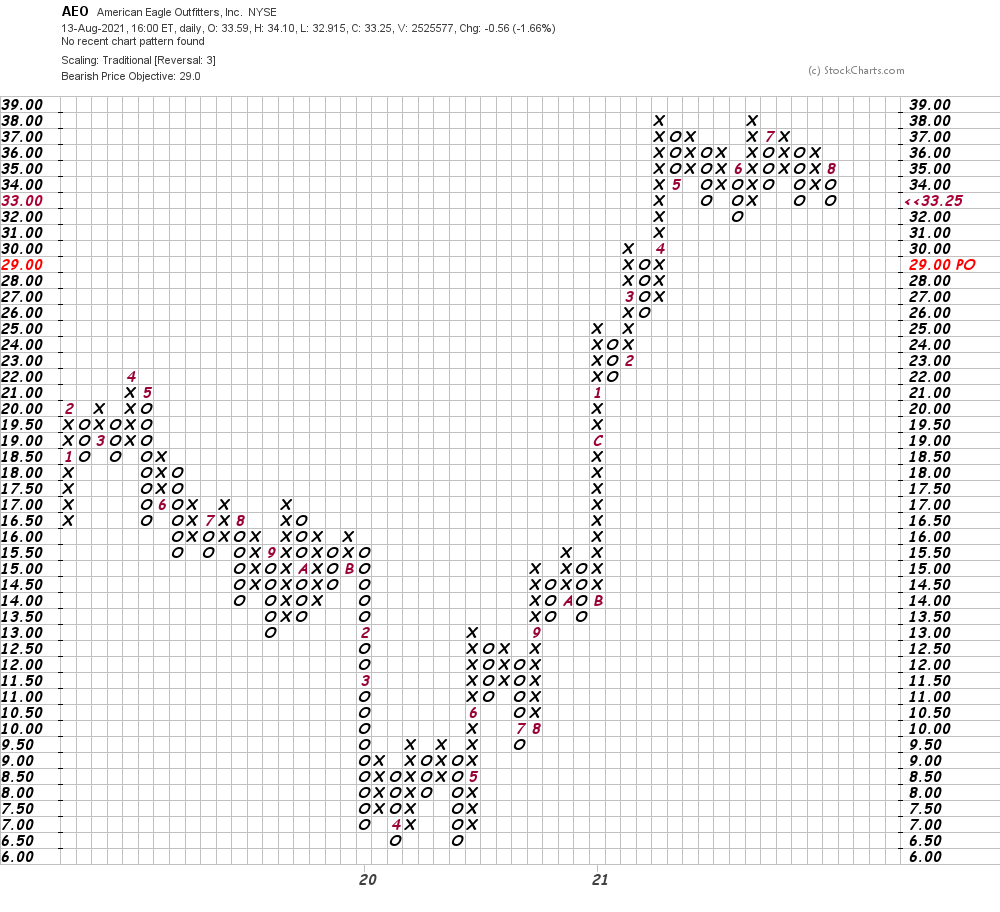 In this weekly Point and Figure chart of AEO, below, we can see a lot of price history. The shares have reached and exceeded their $23 price target. 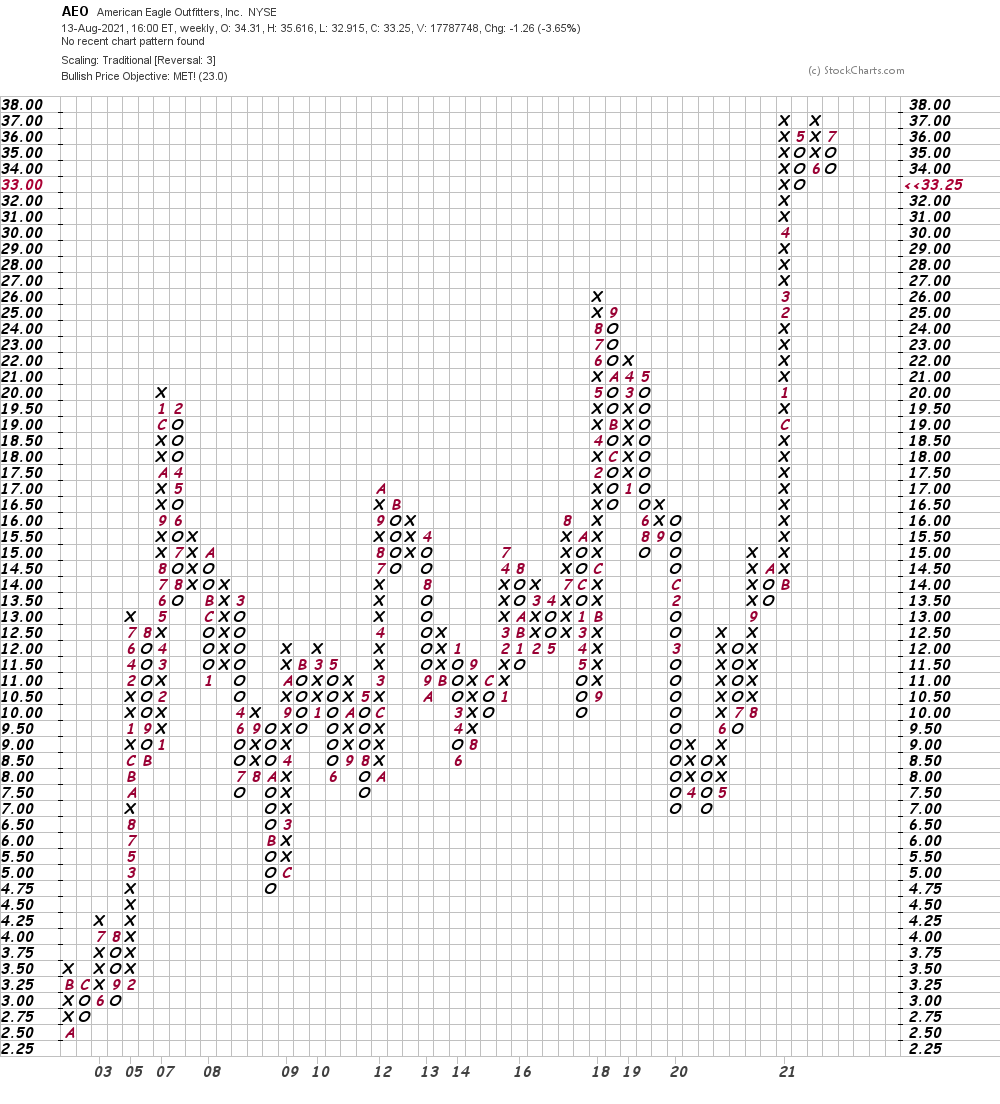 Bottom-line strategy: The price of AEO has been stalled since late April. Digging below the surface at the indicators we find that some of our volume driven indicators are weakening. Trade carefully.

Glencore: Is the Correction in the Commodity Giant a Giant Buying Opportunity?

Let's check the charts as a window into the possible future of commodity prices.