The rallies are getting so much shorter, not just in percentage moves, but in duration, too. And that means the sentiment is flip-flopping almost non-stop.

I had thought the market would hold up into the end of the quarter, but clearly we've had three straight red days for the S&P, so I am wrong. Oh, sure, I said I thought we could chop for a few days, but the market had a window open to rally some more and gather more bulls into the mix and instead it chopped with a downward bias and gathered more bears.

Indicator-wise, the Oscillator I use is based on the breadth of the market -- the 10-day moving average of breadth. So when we looked back 10 days, there were some big red numbers still to be dropped this week. That is why the window was open. That is also why you will see it hasn't gone down this week. But sometime in the next few days, we go back to dropping positive numbers and therefore it is overbought.

As a reminder, the market doesn't have to go up or down on certain days for this to work. It just tells us what direction the market can pick up momentum. In this case, it would be down, likely next week. 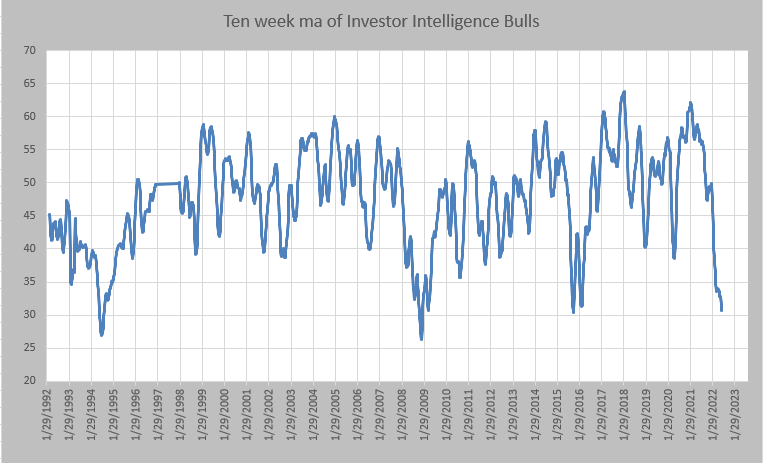 In the meantime, last week we looked at the chart of the yield on the 30-year bond and how similar it was to that of gasoline. Interest rates were down on Wednesday but have not broken any levels yet.

And gasoline is also sitting at the line. I freely admit I don't know which one is leading, but I do think if one breaks the other is sure to follow.

To this I will add one more commodity chart. A few weeks ago the story was non-stop about diesel fuel and how we had none.

I don't know what happened, but I do know for the time being, the price of diesel peaked weeks ago and is now down about 12% from the high. Support is at the line (around $3.80, or 5% lower).

Get an email alert each time I write an article for Real Money. Click the "+Follow" next to my byline to this article.
TAGS: Investing | Stocks | Technical Analysis | Energy |