Five Below (FIVE) is slated to report earnings on Wednesday, so let's check out the charts and indicators of this discount retailer heading into the results.

In the daily bar chart of FIVE, below, we can see that prices have traded sideways the past three months. The slope of the 50-day moving average has turned from up to sideways while the slope of the slower-to-react 200-day moving average line has stayed in a downtrend.
The On-Balance-Volume (OBV) line shows a peak in June and mixed movement since then. The Moving Average Convergence Divergence (MACD) oscillator is just barely above the zero line.

In the weekly Japanese candlestick chart of FIVE, below, we can see a potentially negative or bearish picture. In the past three months we can see a number of weeks where the candle shows an upper shadow, telling us that the highs of the week were being rejected. The slope of the 40-week moving average line is somewhere between declining and bottoming.
The OBV line shows peaks in June and December and the decline suggests that sellers of FIVE have been more aggressive. The MACD oscillator has made it to the zero line but it has been narrowing which tells us that the trend strength is waning.

In this Point and Figure chart of FIVE, below, we used daily price data. The chart is projecting a potential upside price target in the $148 area but our other charts are not so positive. 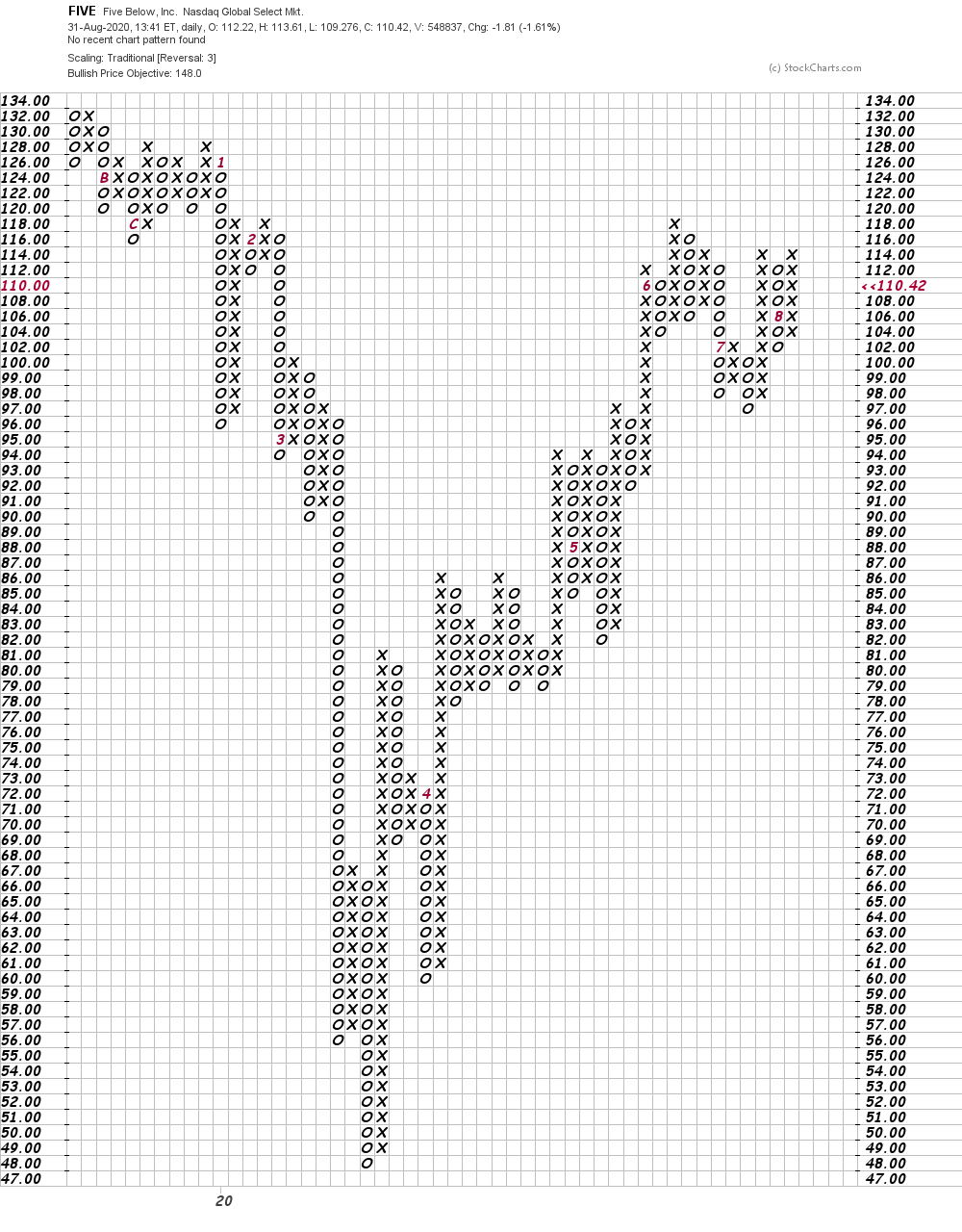 Bottom-line strategy: Ahead of the company's upcoming earnings' numbers FIVE's charts are mostly bearish and because of that I would recommend a defensive position or no position at this point in time.
Get an email alert each time I write an article for Real Money. Click the "+Follow" next to my byline to this article.
TAGS: Investing | Stocks | Technical Analysis | Retail | Earnings Preview