The stock's poor performance in 2022 is an anomaly as it follows six consecutive years of double-digit positive returns:

The outstanding performance of Five Below was bound to be interrupted at some point. Now that the stock has pulled back, is it time for investors to take a second look at this discount retailer?

On June 8, Five Below reported fiscal second-quarter earnings. At that time, the Philadelphia-based company lowered estimates for both sales and revenue. The CEO, Joel Anderson, blamed inflation, the war in Ukraine and supply chain issues for the negative change in guidance.

After an initial decline on the news, the stock gradually moved higher. On Wednesday, Five Below closed at its highest level since May 17. Since July 1, the stock has gained 23%.

Where is Five Below headed next? Let's go to the chart to find out. 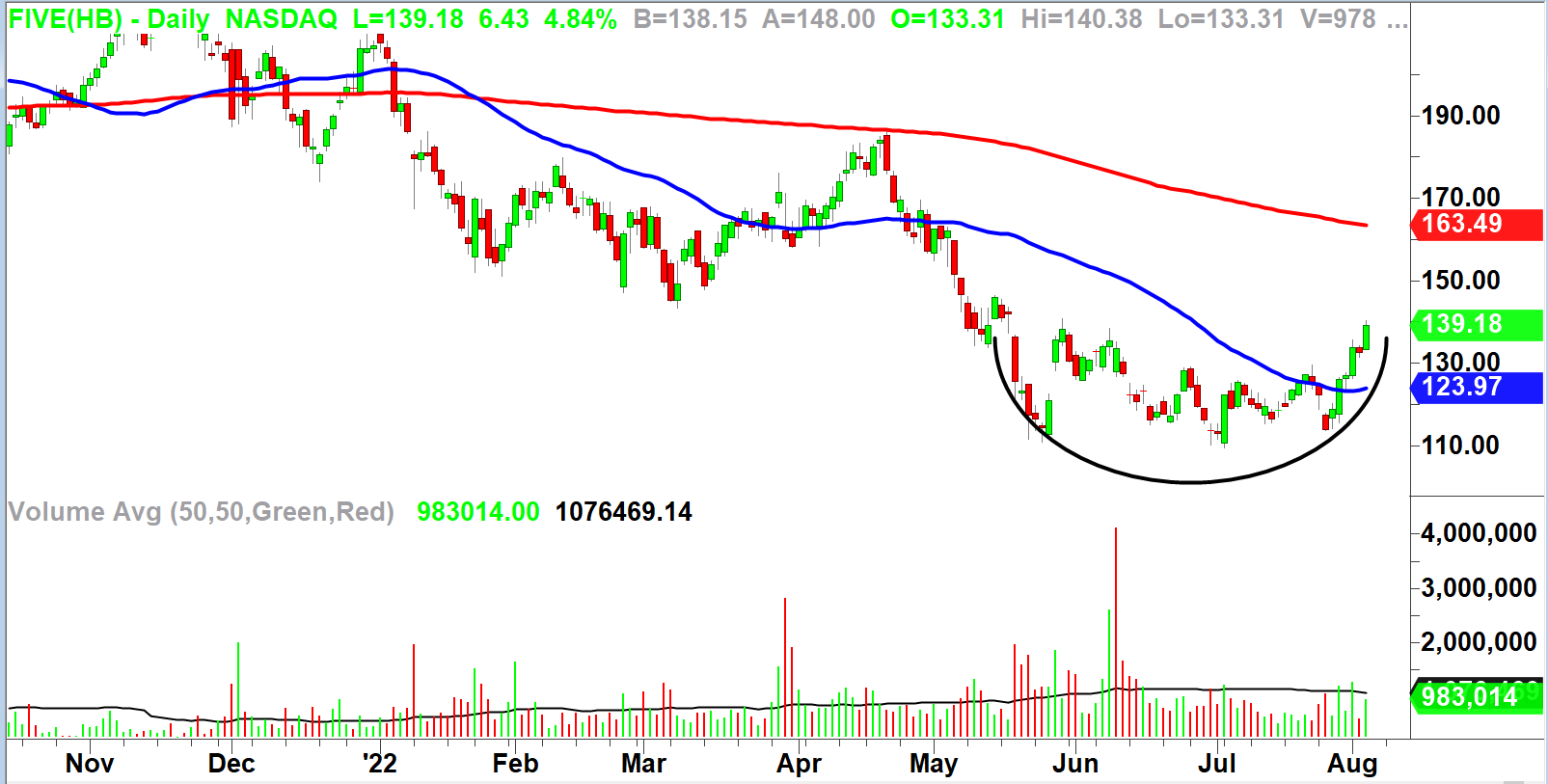 Over the past three months, Five Below has formed a rounded bottom (curved black line). This bullish formation projects the stock to the $170 area.

On Wednesday, there was more good news for Five Below, and for the rest of us as well. At least by one key measure, inflation has most likely peaked.

I'm referring to the Institute for Supply Management's Prices Paid index. On Wednesday morning, this component of the ISM Services PMI (purchasing manager's index) dropped from 80.1 to 72.3, marking its biggest decline since May 2017.

That decline occurred despite the strong overall result of the headline figure. ISM Services PMI came in at 56.7, well above the expected figure of 53.5. This means that inflation is decelerating even as business is picking up. Any reading above 50 indicates expansion.

With improvements in both the supply chain and inflation, along with a chart that has turned from bearish to bullish, now is the time for investors to pick up this high-flying retailer while the stock is still well off its highs.

Get an email alert each time I write an article for Real Money. Click the "+Follow" next to my byline to this article.
TAGS: Investing | Stocks | Technical Analysis | Consumer | Retail | Real Money

Tyson Foods: Should Investors Fly the Coop After Earnings?