Jordan said he's excited about First Horizon's recent acquisition of IberiaBank. He said the combined company has a lot of cost savings and leverage potential and ultimately will create greater shareholder value.

When asked about First Horizon's business, Jordan admitted that loan volume has been fairly benign, but he noted that the company also has a few counter-cyclical businesses, including fixed-income securities trading and mortgage services, both of which help maintain revenue even during a slowdown. He remained optimistic for the rest of 2020.

Cramer said he believes First Horizon is cheap at current levels, especially with its bountiful dividend yield of 6.3%. Let's check out the charts to see if this is a good place on the charts to consider a long position.

In this daily bar chart of FHN, below, we can see that prices have not yet retraced their decline from January to March. Prices have come off their low, but we can see that prices are now trading around the declining 50-moving average line and below the declining 200-day moving average line. From the middle of March to the middle of May we see prices just chopping sideways before a rally takes hold in late May.

The daily On-Balance-Volume (OBV) line has moved down to a new low in July, telling us that sellers of FHN have been more aggressive the entire year. This does not bode well for a recovery in the stock price. The Moving Average Convergence Divergence (MACD) oscillator is back below the zero line in sell territory. 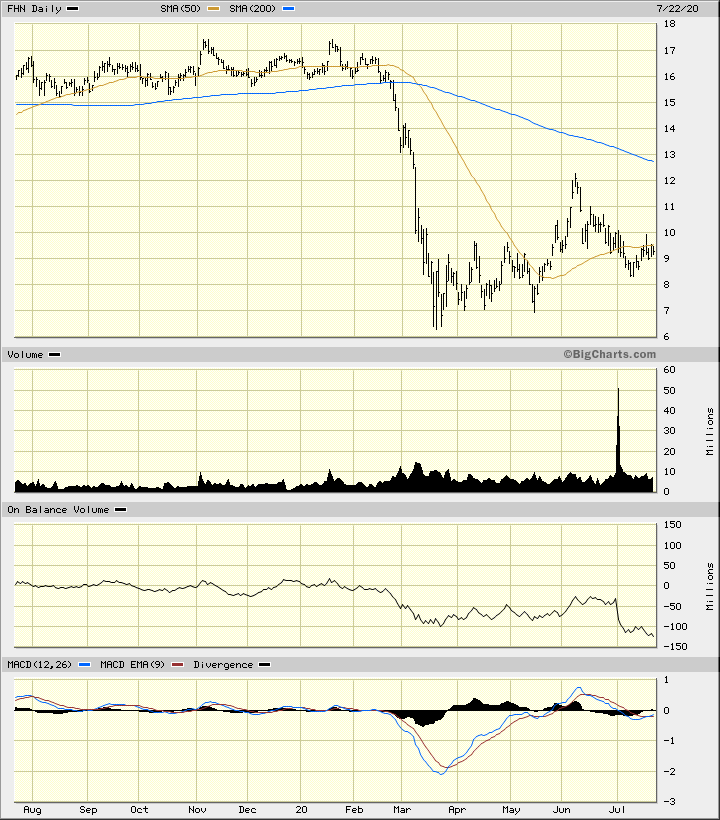 In this weekly bar chart of FHN, below, we can see that prices have been in a downtrend since early 2017. Trading volume has been heavier in recent months, suggesting that we may have seen a shift from weak hands to stronger hands, but it is a little early to tell. Prices are below the declining 40-week moving average line and the OBV line has not risen strongly. The MACD oscillator shows a cover shorts buy signal but is a long way from crossing back above the zero line. 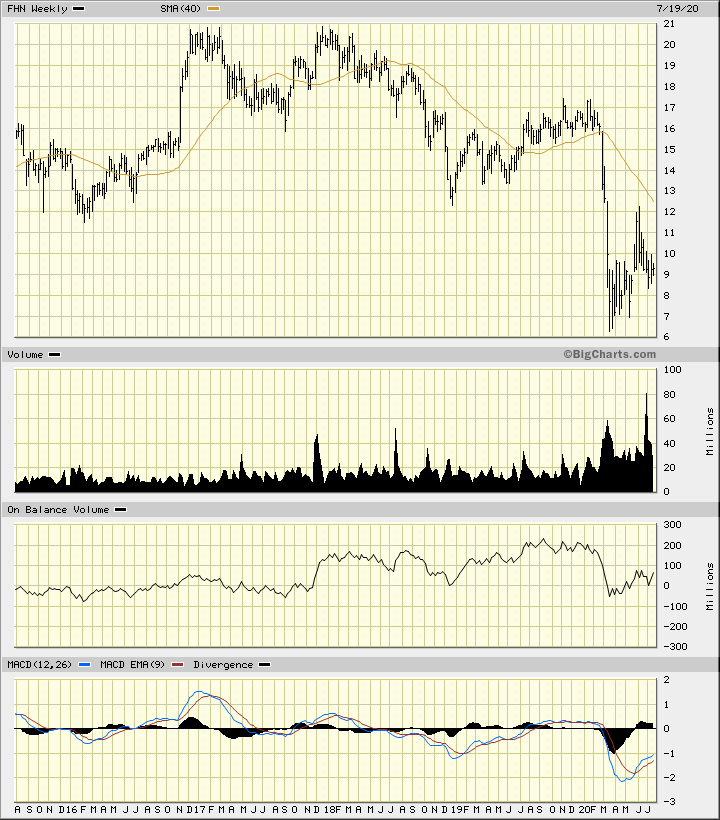 In this Point and Figure chart of FHN, below, we can see a potential downside price target in the $6.50 area. 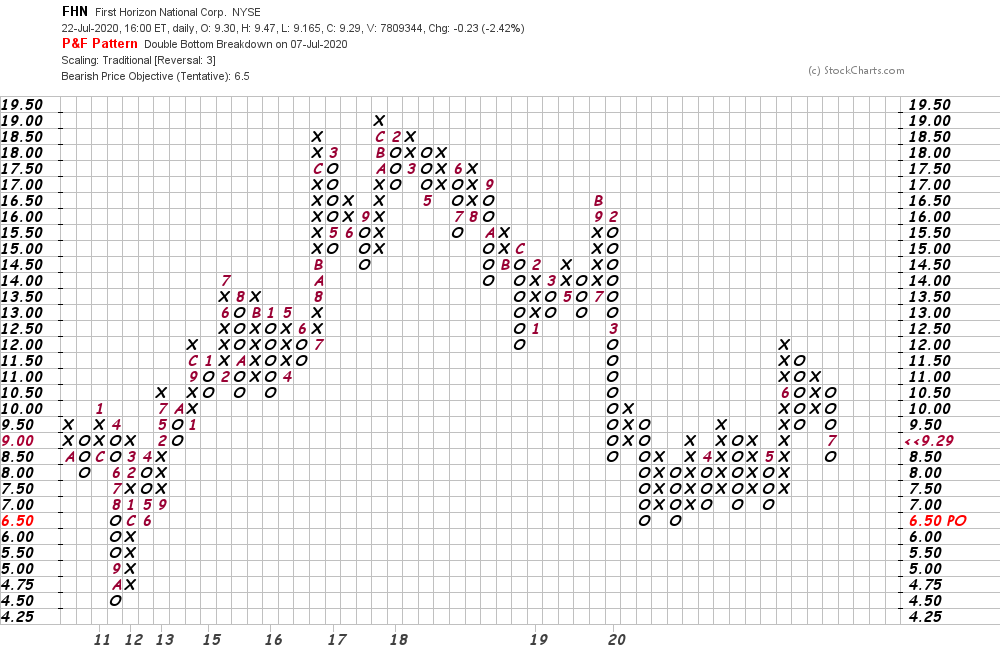 Bottom line strategy: With bearish indicators and a downside price target on the Point and Figure chart (above), we do not recommend taking a long position in FHN at this time.

These 2 Names Are on My Watchlist Right Now

Here's what to look for with Playboy and Urban-gro.

Prices for oil and natural gas are at levels that are incredibly profitable for any company that is pumping them.

Indexes Are Up, but Divergences and Disparities Linger Underneath

Let's check out the ABG charts and see what we find there.