During Friday's Mad Money program Jim Cramer told his viewers about his game plan for this week. On Tuesday, Cramer noted, we will find out if we'll hear if there's any good news at FedEx (FDX)  when it reports earnings after the market close.

Let's check out the FDX charts.

In the daily bar chart of FDX, below, we can see that the shares have been skidding since early June. Prices have been trading below the declining 50-day and 200-day moving averages. Math tells us that we are in a downward trend. The 50-day has crossed below the 200-day for a bearish dead or death cross.

The On-Balance-Volume (OBV) line also started a decline in early June telling us that traders switched to being aggressive sellers from aggressive buyers. The 12-day price momentum study in the bottom panel shows that there is some slowing in the pace of the decline from August to September but this is probably not a big enough bullish divergence to generate an upside reversal.

In the weekly Japanese candlestick chart of FDX, below, we can see a bearish picture. The shares are in a downtrend as they trade lower and below the declining 40-week moving average line. Prices are pushing into the $255-$240 area which should be acting as support.
The weekly OBV line has declined the past three months and the 12-week price momentum study shows a bearish pattern with lower readings from last October to this May. This is a large bearish divergence and the market has subsequently begun a decline.

In the daily Point and Figure chart of FDX, below, we can see a downside price target in the $241 area. 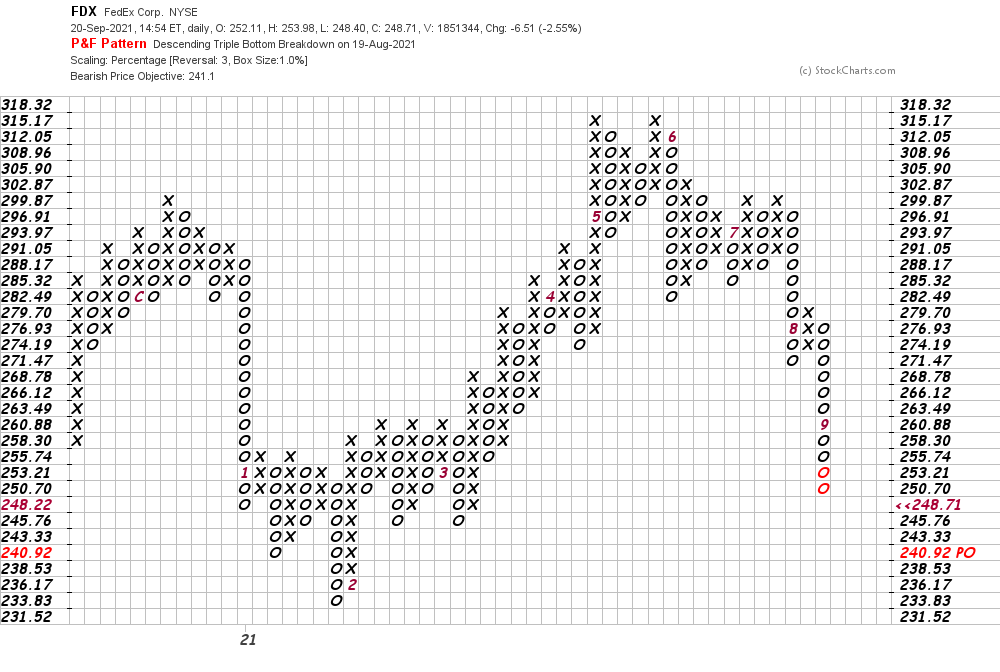 In this weekly close-only Point and Figure chart of FDX, below, we can see a potential downside price target in the $205 area. 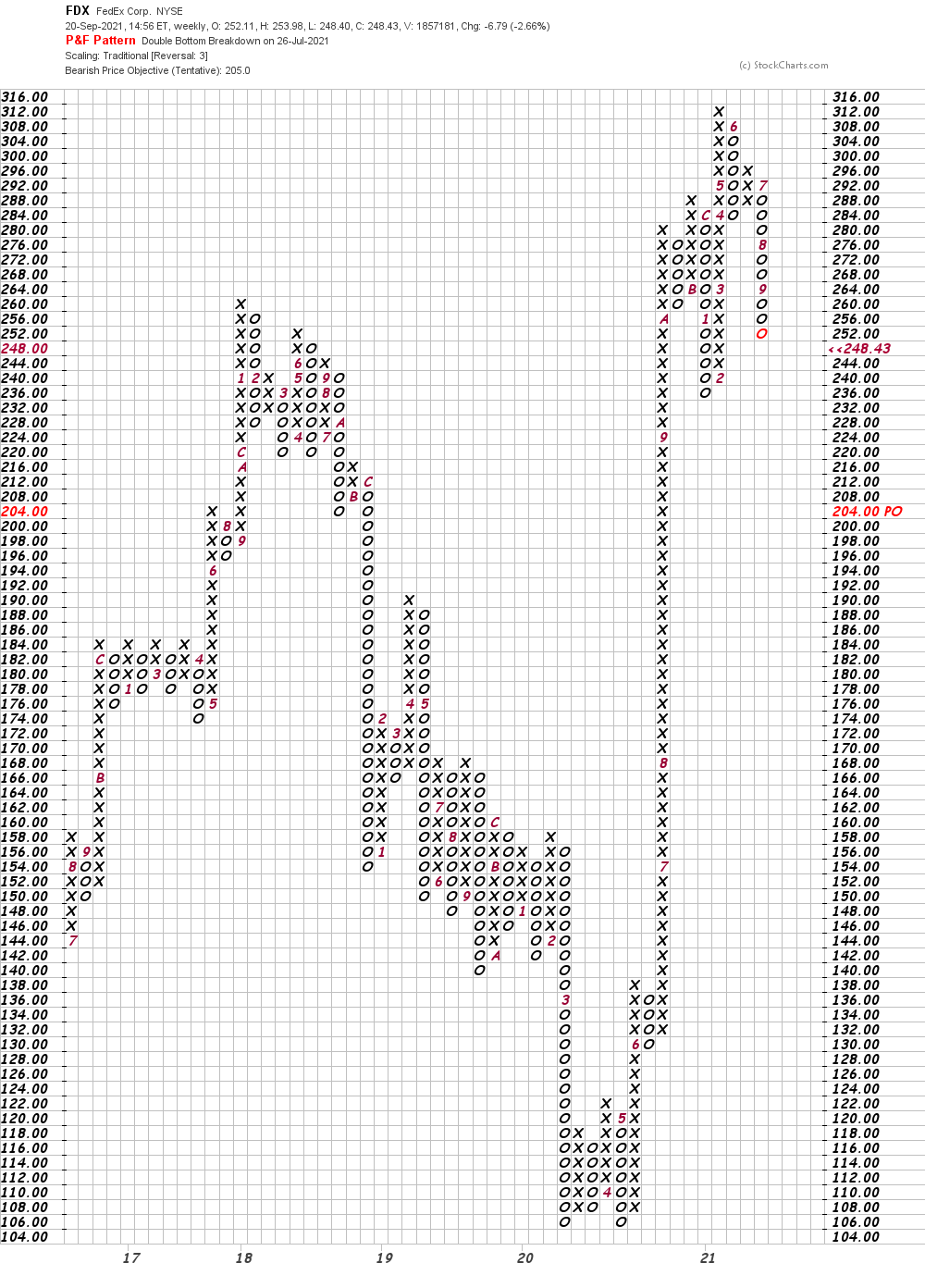 Bottom-line strategy: I have no special knowledge of what FDX is going to report but the charts and indicators are pointed down. Avoid the long side.
Get an email alert each time I write an article for Real Money. Click the "+Follow" next to my byline to this article.
TAGS: Investing | Stocks | Technical Analysis | Transportation | E-Commerce | Mad Money | Earnings Preview