FedEx Corp. (FDX) has been struggling for a long time now and a strong bottom pattern is nowhere in sight. Let's check out the charts and indicators to see if there are any green shoots to focus on in the weeks ahead.

The daily On-Balance-Volume (OBV) line has moved up and down with the price action the past year. Trading volume did not surge higher into the March low suggesting to me that this was not capitulation selling. Longs have yet to really throw in the towel.

The Moving Average Convergence Divergence (MACD) oscillator crossed to a cover shorts buy signal earlier in March but it has already begun to narrow suggesting further weakness ahead.

In the weekly bar chart of FDX, below, we can see that prices peaked in late 2017 around $270. The 40-week moving average line has had a negative slope since the middle of 2018.
The weekly OBV line shows us an equally long decline and the MACD oscillator is bearish.

In this Point and Figure chart of FDX, below, we can see a potential downside price target of $101. 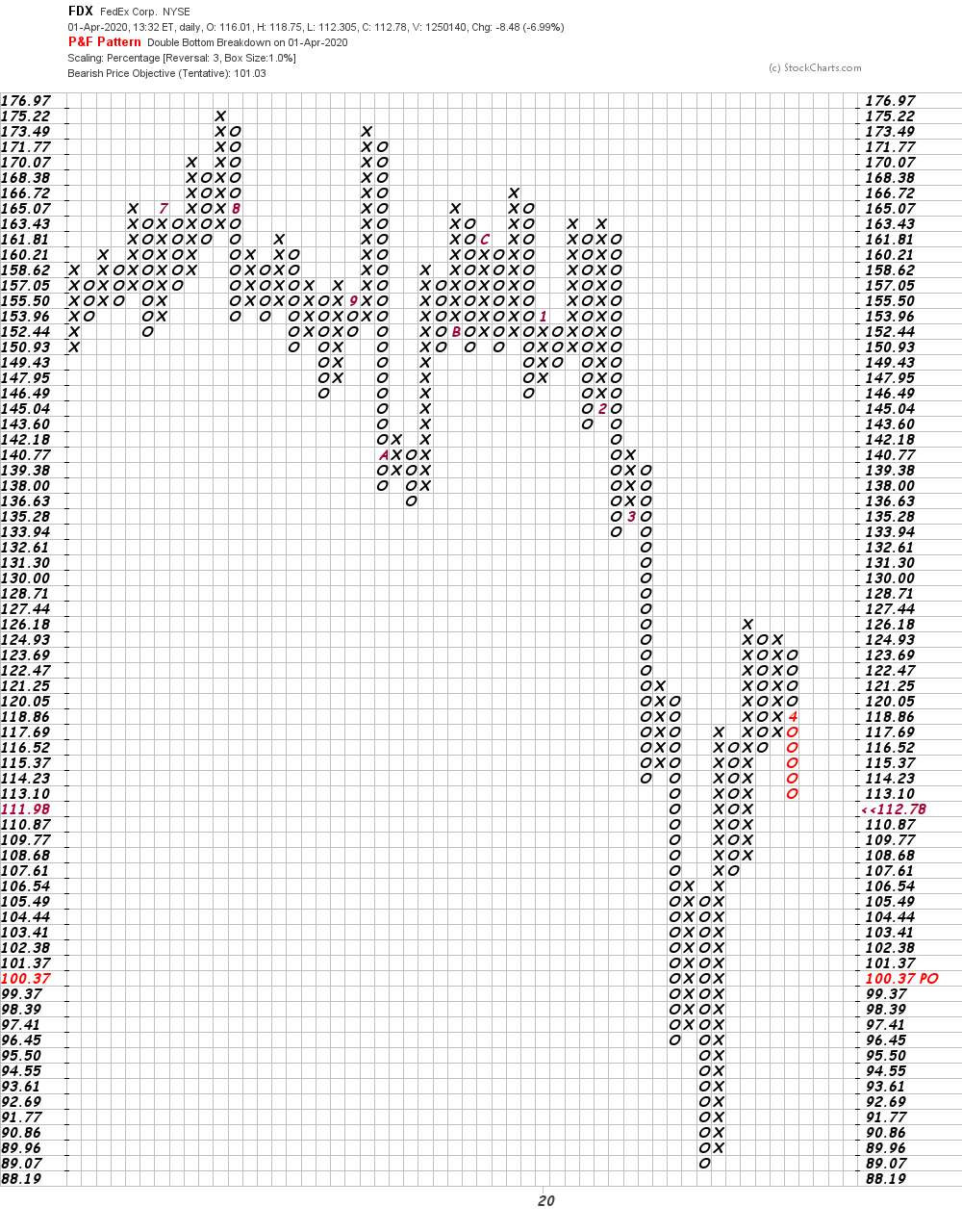 Bottom-line strategy: Despite the long and deep decline in the stock of FDX, the charts do not yet suggest that a bottom is starting to form. Avoid for now.
Get an email alert each time I write an article for Real Money. Click the "+Follow" next to my byline to this article.
TAGS: Investing | Stocks | Technical Analysis | Transportation