A major Wall Street sell-side firm slashed their fundamental price target on FedEx (FDX) in half to $125 per share Tuesday. As you'll recall, weakness in FDX earlier this month contributed to the broader market averages breaking their June lows.

Let's check the charts and indicators of FDX to see if they will continue to weigh on the averages.

In this daily bar chart of FDX, below, we can see that the shares have gapped sharply lower and continued to weaken. Prices are extended (oversold) below the declining 50-day moving average line and the declining 200-day moving average line.
The daily trading volume has been heavier than average or normal in the past two weeks but it doesn't look like traders are done selling. The On-Balance-Volume (OBV) line has been in a decline since January and it is still making new lows. The Moving Average Convergence Divergence (MACD) oscillator is bearish.

In the weekly Japanese candlestick chart of FDX, below, we can see the past five years of price action. Prices are weak and pointed lower. FDX trades below the declining 40-week moving average line.
The weekly OBV line looks poised for a major move lower. The MACD oscillator is bearish and has been for a while now.

In this daily Point and Figure chart of FDX, below, we can see that the shares reached and exceeded their price target of $175. 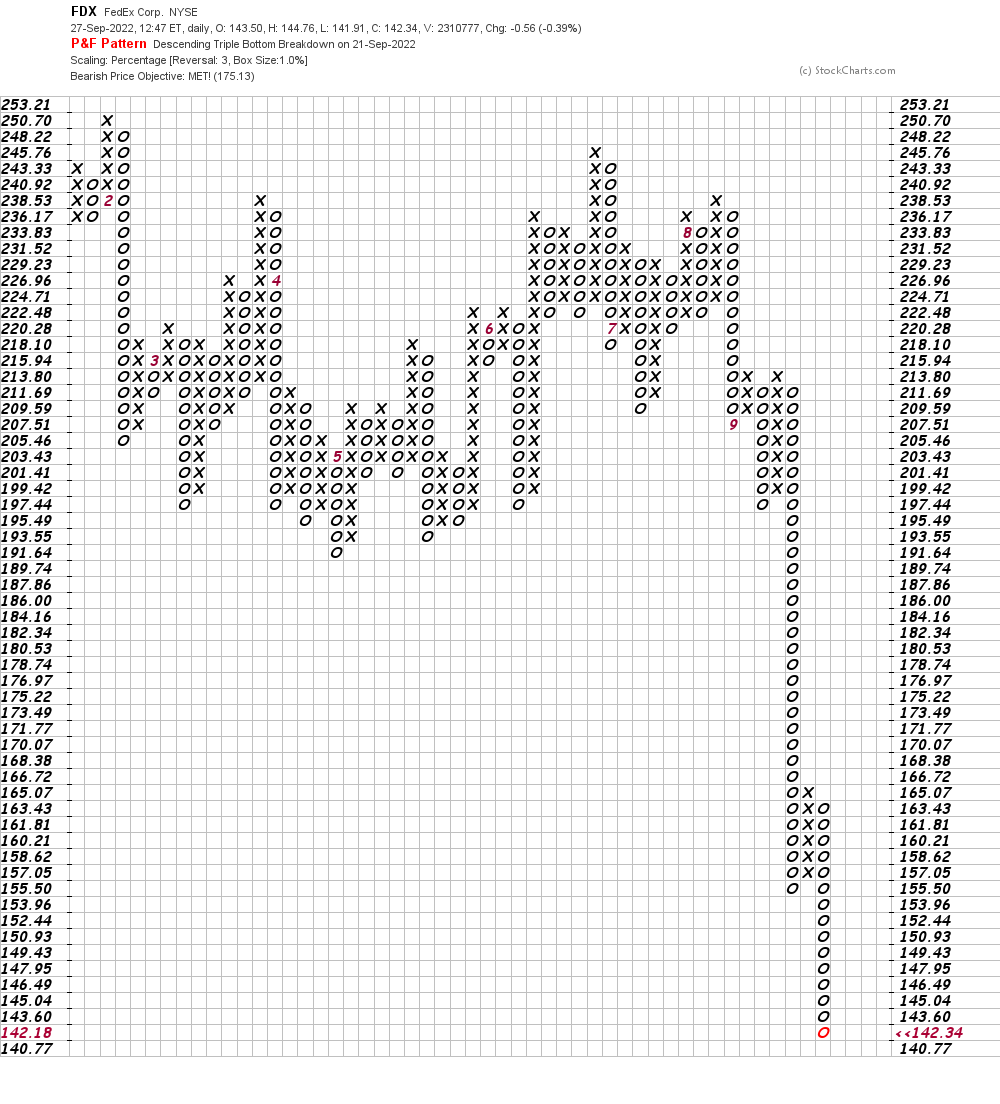 In this second Point and Figure chart of FDX, below, we can see a "white knuckle" price target in the $44 area. 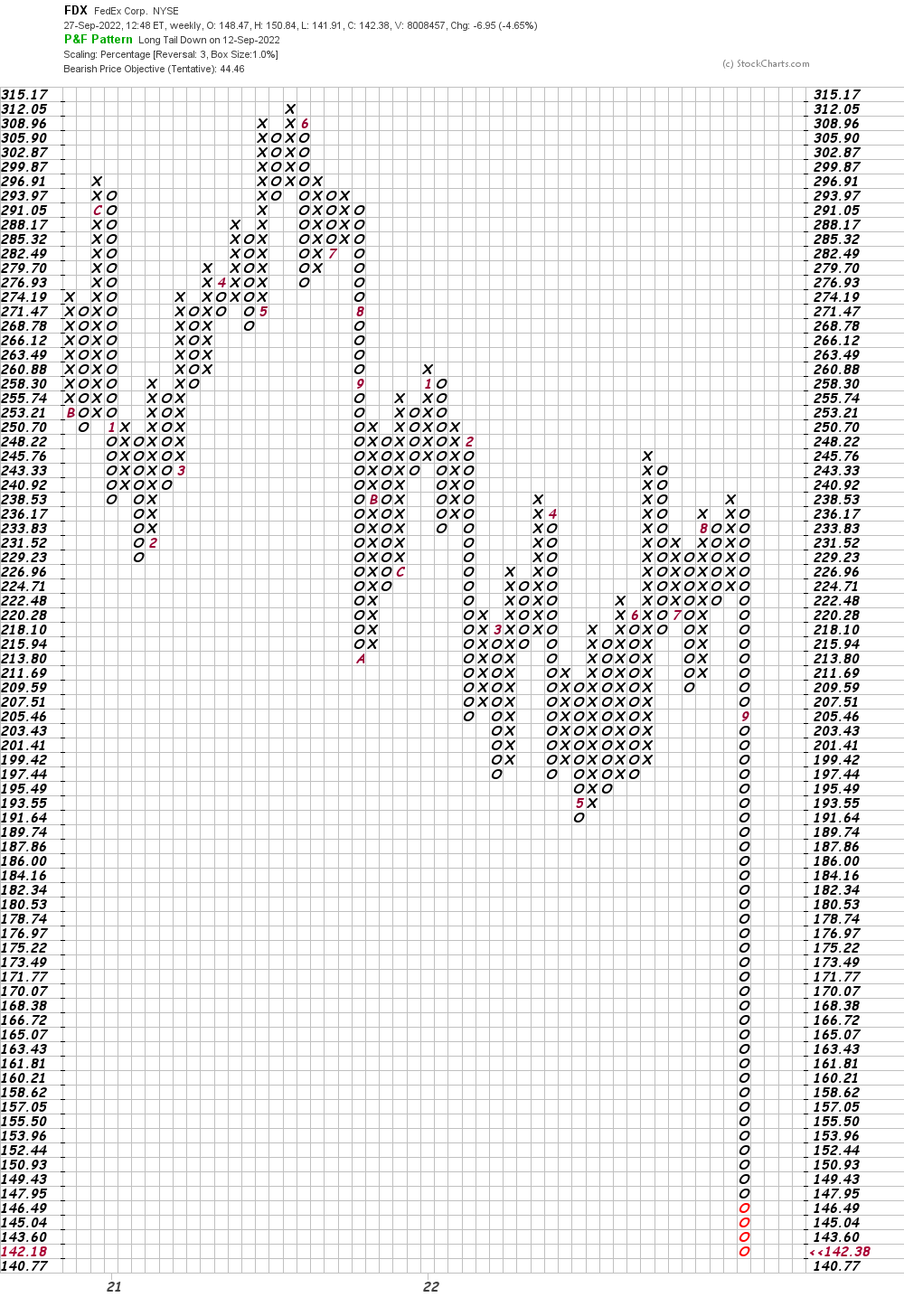 Bottom-line strategy: We can say things like FDX is oversold and prone to a bounce or rebound but the trends are down and the weekly Point and Figure chart suggests that the early 2020 low could be broken. Avoid the long side.
Get an email alert each time I write an article for Real Money. Click the "+Follow" next to my byline to this article.
TAGS: Investing | Stocks | Technical Analysis | Transportation | Analyst Actions