Facebook (FB) may be focused on its Portal device entering every living room, but with privacy issues persisting the question remains, will consumers feel comfortable with it?

Shares of the social media giant have surged in Thursday trading, as many analysts raised their outlook on the strength of its burgeoning advertising base. A smaller part of this thesis is that the company appears to be focused on is its Portal device.

The product, announced in October 2018, is a living assistant aimed at competing with the ubiquitous Amazon (AMZN) Alexa and Echo devices as well as Alphabet's (GOOGL) Google Home. The device stands as one of the company's stalwart hardware efforts alongside the Oculus virtual reality device that the company acquired rights to in a $2 billion deal in 2014.

"We're certainly very focused on things like video calling and voice calling and ways that people can communicate with voice," CEO Mark Zuckerberg told analysts on Wednesday evening's call. "We have worked on some voice products in Portal. That's an important way that people interact, and having Portal out in the market has been very valuable in terms of seeing how people want to use that...building products that allow people to interface with our products through that, we're quite focused on this."

While the company's focus may indeed be lasered in on this hardware play, the results from the new device have been lagging thus far and may continue to put a modicum of pressure on the overall business.

"We believe the lumpy nature of headcount growth, as well as how much they spend on Portal advertising in 4Q19 vs 4Q18 should be considered as potential puts and takes," Deutsche Bank analyst Lloyd Walmsley said. "Regarding Portal advertising, while we believe that the company wants to remain in the hardware arena, we do not expect spend associated with the product to be a meaningful opex growth driver given the product is not new to the market."

The main issue arising from the Portal push is the major privacy concern that Facebook has tangled with in recent years, amid increasing pressure from regulators worldwide.

"Consumers must have some level of trust to interact with these types of devices," Greg Sparrow, of the risk management firm CompliancePoint, told TheStreet's Annie Gaus upon the device's release. "Users must trust that the companies deploying this technology are using this information in accordance with their expectations."

In that regard, Facebook would appear to be among those at the bottom of the list for trustworthiness.

According to an NBC poll conducted in March, only 36% of Americans surveyed indicated a positive opinion of the company. That contrasts sharply with Alphabet and Amazon, both of which reflected over 60% positive responses.

That disparate poll result comes despite the fact that Amazon's home device was shown to monitor its users and actually feed recordings directly to Amazon employees.

Facebook attempted to get out in front of its image issues, outlining privacy and camera controls available for each device. However, that may be cold comfort to the hundreds of millions stung by breaches on the company's existing products.

The idea of placing a Facebook camera and microphone in your home would likely be unthinkable for the one third of respondents to NBC who reported negative feelings about Zuckerberg's company amid its constant controversies, which was added to in April when the company reported the improper storage of millions of Instagram passwords. The revelation was conveniently timed alongside the release of the Mueller report on April 18. 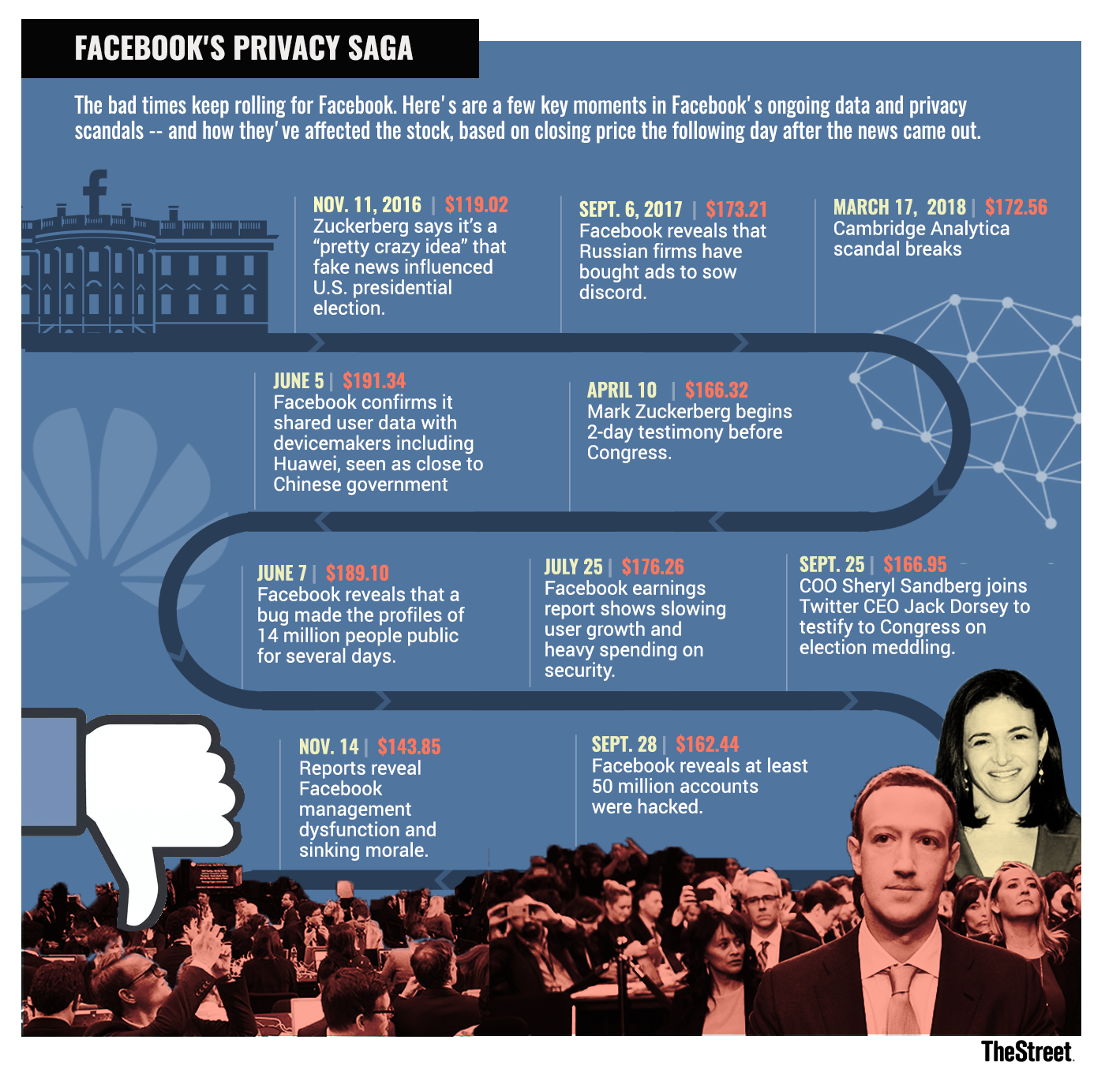 In yet another wrinkle, Facebook's new star lawyer may give more politically conscious consumers pause on placing a Portal in their living room.

In order to combat the litany of litigative action against the company, Facebook announced the addition of Jennifer Newstead as general counsel on Monday. Newstead was previously appointed by the Trump administration to serve as legal adviser to the U.S. State Department.

"Jennifer is a seasoned leader whose global perspective and experience will help us fulfill our mission," Facebook COO Sheryl Sandberg said on Monday.

However, the concern that someone like Newstead adds into Facebook largely stems from her work in the George W. Bush administration, a time when she helped write the Patriot Act, one of the broadest pieces of government surveillance legislation in U.S. history.

Initially aimed at terrorism, leaks coming from NSA defector Edward Snowden revealed the legislation was perverted to collect data from U.S. phone carriers in bulk. The data was also collected without the consent of a judge, instead receiving authorization from informal "national security letters" and appeals to FISA courts exempt from public scrutiny.

From the first year FISA court applications were recorded in the Patriot Act era in 2002 to 2017, 26,517 FISA warrants were requested for surveillance. That figure more than doubles the requests filed from the court's inception in 1978 to 2000. Until the time of Snowden's leak, only eight requests were denied among the thousands filed since the court began operation.

This is relevant for Facebook as it not only indicates another executive saddled with surveillance concerns, but also because the company has been called upon tens of thousands of times by the NSA for user information. According to Facebook's own data, nearly 71,000 accounts were requested for review by the government entities in just the first half of 2019. Only abut 7% of these requests were noted to be "emergency requests."

For those concerned about government storage of data, that statistic is disturbing. As such, inviting Facebook into one's home is problematic and leaves Facebook's focus on home devices misplaced.

Get an email alert each time I write an article for Real Money. Click the "+Follow" next to my byline to this article.
TAGS: Regulation | Litigation | Investing | Politics | Stocks | Consumer | Technology | Technology Hardware & Equipment | Advertising | Stock of the Day