Karsanbhai said he's very excited about the merger with Aspen. He said Emerson is contributing $6 billion for a 55% stake in the combined company, which will give it great exposure to the high-growth industrial software space.

Let's check out the charts of EMR.

In this daily bar chart of EMR, below, we can see how prices tracked the rising 50-day moving average line for many months, but the music changed in early September when prices turned down below the average line and its slope turned bearish. The 200-day moving average line is still pointed up but it is getting tested. The On-Balance-Volume (OBV) line has been bearish for about five weeks and tells us that sellers of EMR have been more aggressive. The Moving Average Convergence Divergence (MACD) oscillator is below the zero line but trying to generate a cover shorts buy signal.

In this weekly Japanese candlestick chart of EMR, below, we can see the first candle pattern below the 40-week moving average line. This break could be temporary or it could extend further. The OBV line is showing weakness and the MACD oscillator has been pointed down for several months now, telling us that the strength of the uptrend has been weakening.

In this daily Point and Figure chart of EMR, below, we can see a potential downside price target of $87. 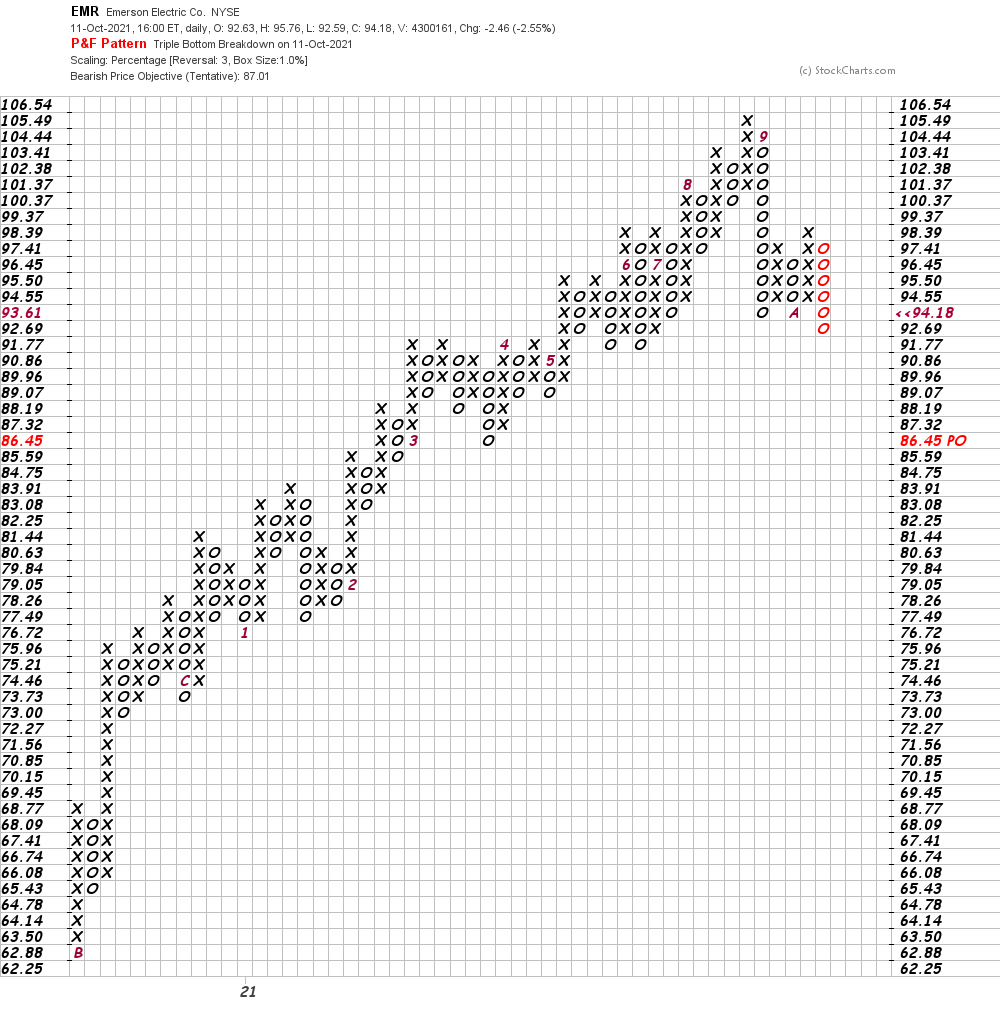 In this weekly Point and Figure chart of EMR, below, we can see a target of $82 projected. 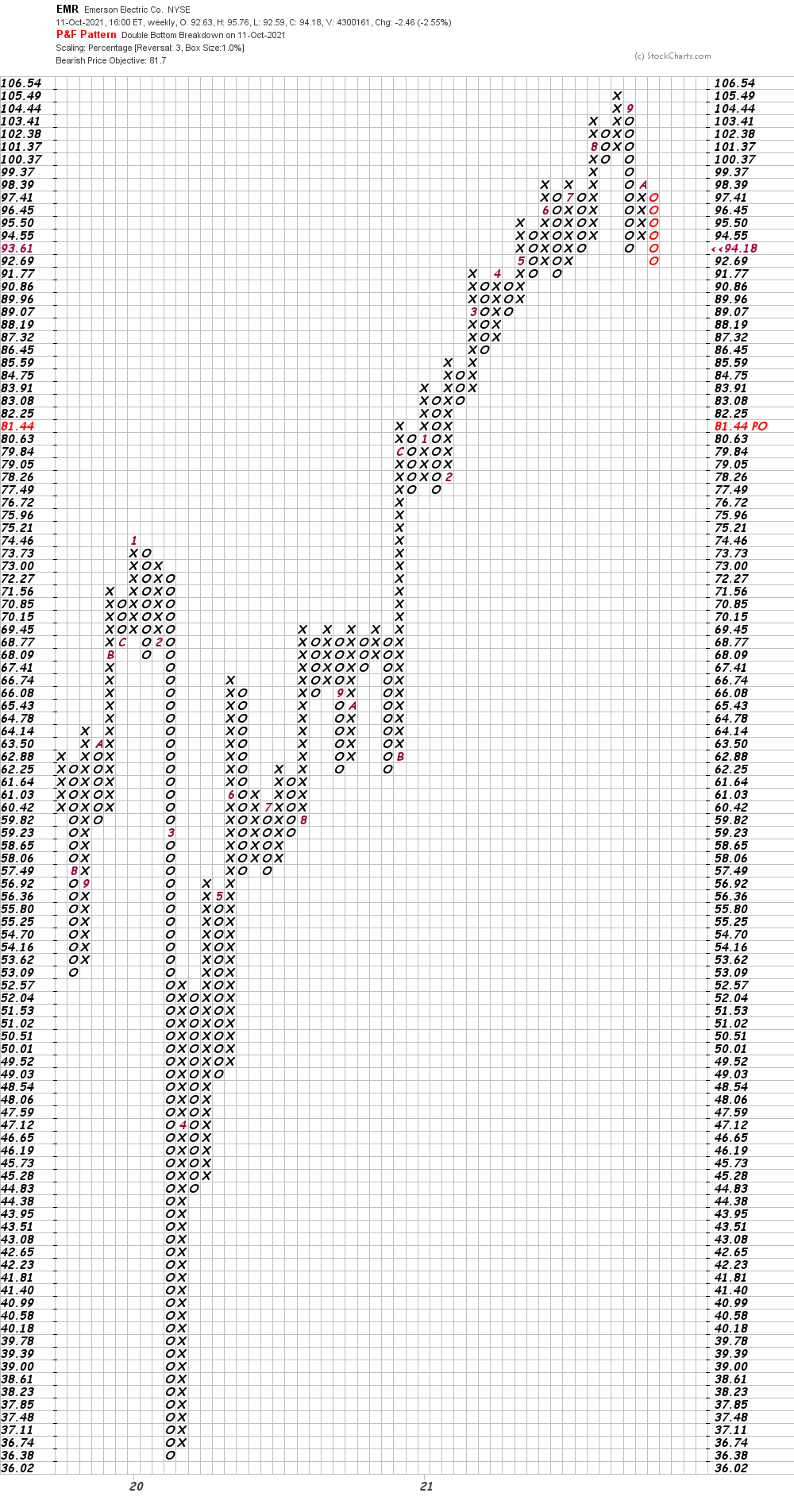 Bottom line strategy: The fundamental story of EMR may sound rosy but the charts suggest the pullback in EMR that started in early September has not run its course and further weakness is possible. Buyers should be patient and wait for better technical conditions.