I would like to report that Tuesday's action felt different than it did the last several days, but it's all of the same overall market activity. It's the either/or market.

It's the relentless selling in the tech stocks that are already down but very little in the favored few. It's buying financials and energy and maybe even a few industrials. It's breadth putting in a better showing this week than last week but still notching in seven straight negative breadth days, the first such string since December 2018.

Sentiment might be a little less complacent, but is it fearful the way it would be if this was say, April? No I don't think so. I think everyone has it in their head that this time of the year is when stocks rally and they refuse to give up on that view. There were some signs that folks got a bit more cautious on Tuesday, but typically by now we'd at least see an intraday put/call ratio reading in the 90s. Now the best we can do is .89 with an end-of-the-day reading at .84.

However, as we discussed Tuesday, using the Russell 2000 Momentum Indicator, that group is oversold. Breadth is oversold, as it has been negative for seven-straight trading days and eight of the last 10 days. And when my Overbought/Oversold Oscillator is oversold it usually means the Russell does better. That's the effect of the index movers effect on the big cap indexes.

At least the Russell 2000  (IWM)  -- so far -- bounced off the support it was supposed to bounce from. And the Invesco QQQ  (QQQ) clocked in at 65 million shares, so there has been quite a bit of selling in the QQQs the last two trading days, as it is the highest in a few months. 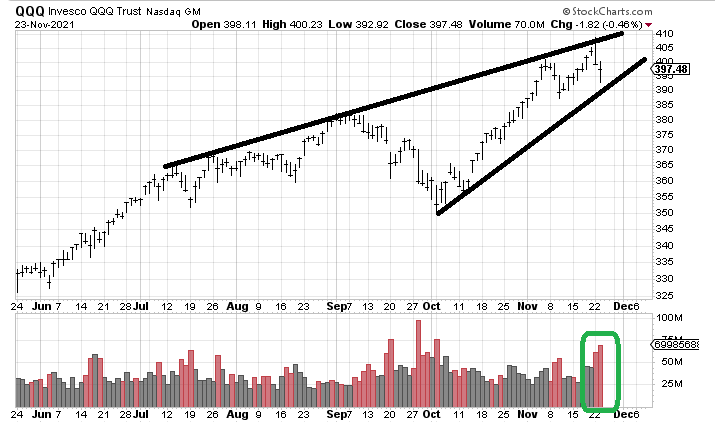 The problem remains sentiment, not using anecdotes but indicators, simply doesn't show the sort of concern it ought to. And the fact that the NYSE has now notched in 177 new lows on Tuesday, which is almost 50 more than Monday and ten times what they were two weeks ago. It is the most new lows since March. 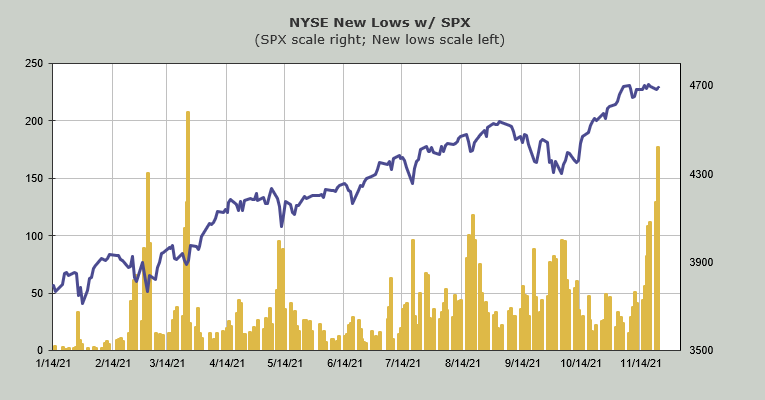 Nasdaq did see a minor-very minor-contraction in stocks making new lows on Tuesday, by about 30. I will give it some credit for that.