This week marks the end of the first half of 2022.

It was a wonderful first half for the New York Yankees, but by all measures for both stocks and bonds the investment returns were unending and bottomless to many.

I have argued that forced liquidations from hedge funds (poor performance led to redemptions) and of unwinding of the leverage associated with the risk parity trade (and other quant strategies) contributed to the inestimable market decline over the last six months.

Nonetheless, I Remain More Bullish Than Many.

I fully respect the difficulty of a soft landing. However, some of the following conditions suggest a briefer and more mild economic downturn than is generally expected by the consensus:

-- Strength in our corporations and in the American consumer.

-- A strong industrial/corporate base that has generally improved their balance sheets by rolling over into inexpensive debt over the last five years, and has maintained high profits and profit margins.

-- Consumers have over $2 trillion of excess savings and a cushion of sizeable -- all-time record -- unrealized/imbedded gains in the nation's housing stock.

-- A still robust and tight labor market -- with solid wage increases a highlight of the last several years.

-- As noted in my recent posts in my Daily Diary on Real Money Pro, some important components of inflation have recently moderated as the prices of essential commodities have fallen considerably over the last 2 1/2 weeks.

-- Interest rates may have peaked. The yield on the 10-Year U.S. Note has fallen by almost 40 basis points from the high in early June.

-- Developing signposts that the supply-chain disruptions are slowly behind resolved.

Meanwhile, as chronicled in the last few weeks, the marginal investor (hedge funds) has derisked and degrossed. This defensive position is reflected in the ZERO reading of Bank of America's Bull/Bear Indicator and in other investor sentiment studies.

I would add that, over the weekend, I spoke to three of those hedge fund "masters of the universe" who are profoundly negative on the economic and market outlooks.

We also have precedent on our side that a recovery in the markets may come to pass in light of these charts and other factors: 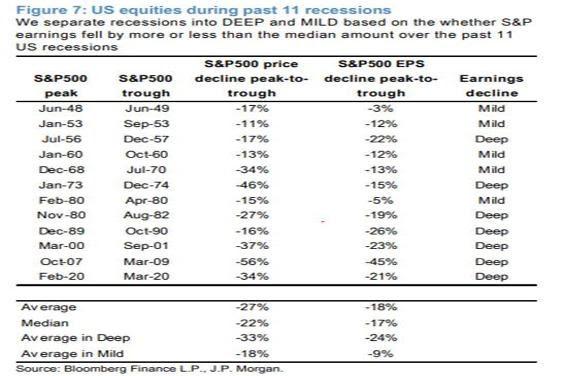 On Thursday we noted a possibly large month-end reallocation trade into equities. Of course, if stock prices indeed follow through from Friday's robust gains, investor sentiment may also improve -- reminding me of two gems from my favorite technical analysts, The Divine Ms M and Wally Deemer:

"Price has a way of changing sentiment."

"When the time comes to buy, you won't."

"Strange things are afoot at the Circle K."

Some would observe that I am uncharacteristically optimistic on the U.S. economy and our markets.

I remain net long in exposure and see a large universe of attractive stocks with favorable upside reward vs downside risk.

(This commentary is excerpted from and originally appeared on Real Money Pro on June 27. Click here to learn about this dynamic market information service for active traders and to receive Doug Kass's Daily Diary and columns from Paul Price, Bret Jensen and others.)

Get an email alert each time I write an article for Real Money. Click the "+Follow" next to my byline to this article.
TAGS: Hedge Funds | Economy | Federal Reserve | Investing | Markets | Stocks | Trading | U.S. Equity