In the first Executive Decision segment of his "Mad Money" program Wednesday, Jim Cramer checked in with Chuck Robbins, president and CEO of Cisco Systems Inc. (CSCO) , the networking giant that posted a fiscal fourth-quarter earnings beat but offered a disappointing first-quarter forecast that sent its shares lower after Wednesday's close.

Robbins commented on several issues surrounding Cisco. He said the pending departure of longtime chief financial officer Kelly Kramer may have been a shock for some, but Kramer already has outlasted the average tenure of a corporate CFO. Robbins noted that Kramer will stay with Cisco until her replacement has been found.

Robbins said there is still a lot of uncertainty in the enterprise market. Companies are not sure how the coronavirus and vaccines will play out. There is also uncertainty surrounding government stimulus and the elections, all of which have led Cisco to offer conservative guidance.

When asked about Webex, the company's video conferencing platform, Robbins said it has been growing by double digits during the pandemic, but still represents a small portion of Cisco's overall business.

The On-Balance-Volume (OBV) line has been rising since the middle of March when the broad market bottomed and its rise tells us that buyers of CSCO have been more aggressive. The Moving Average Convergence Divergence (MACD) oscillator has been above the zero line since the middle of April and looks like it can turn up or down depending on the price action in the days ahead.

In this weekly bar chart of CSCO, below, we can see that prices are above the bottoming 40-week moving average line. Like the daily chart, a decline in the price of CSCO here on Thursday morning could mean a test of the 40-week moving average line. This potential dip may be a buying opportunity. The weekly OBV line shows good strength from March and is not far from a new all-time high. The MACD oscillator crossed above the zero line in June/July for an outright buy signal.

In this daily Point and Figure chart of CSCO, below, we can see the price movements through Wednesday's close. Prices made a new high for the move up and the software is projecting a $53 price target. 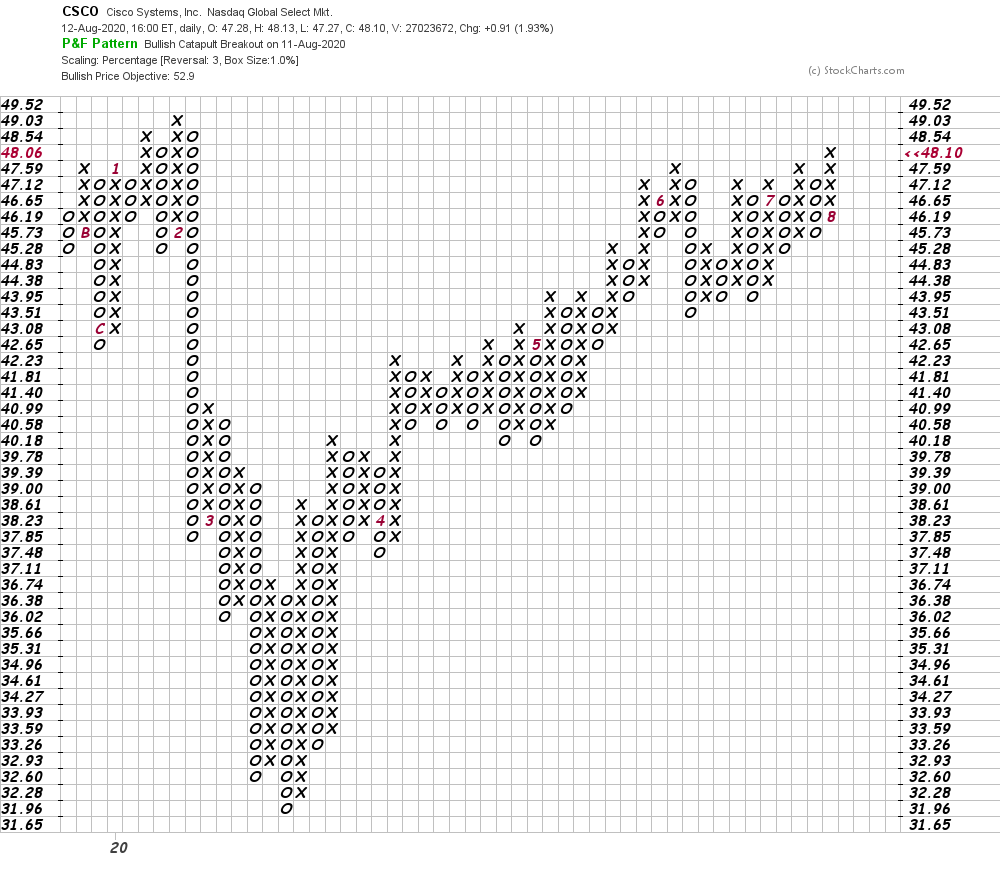 In this weekly Point and Figure chart of CSCO, below, we can see that $77 is the longer-term price target projected. On the downside a weekly trade at $43 may weaken this picture. 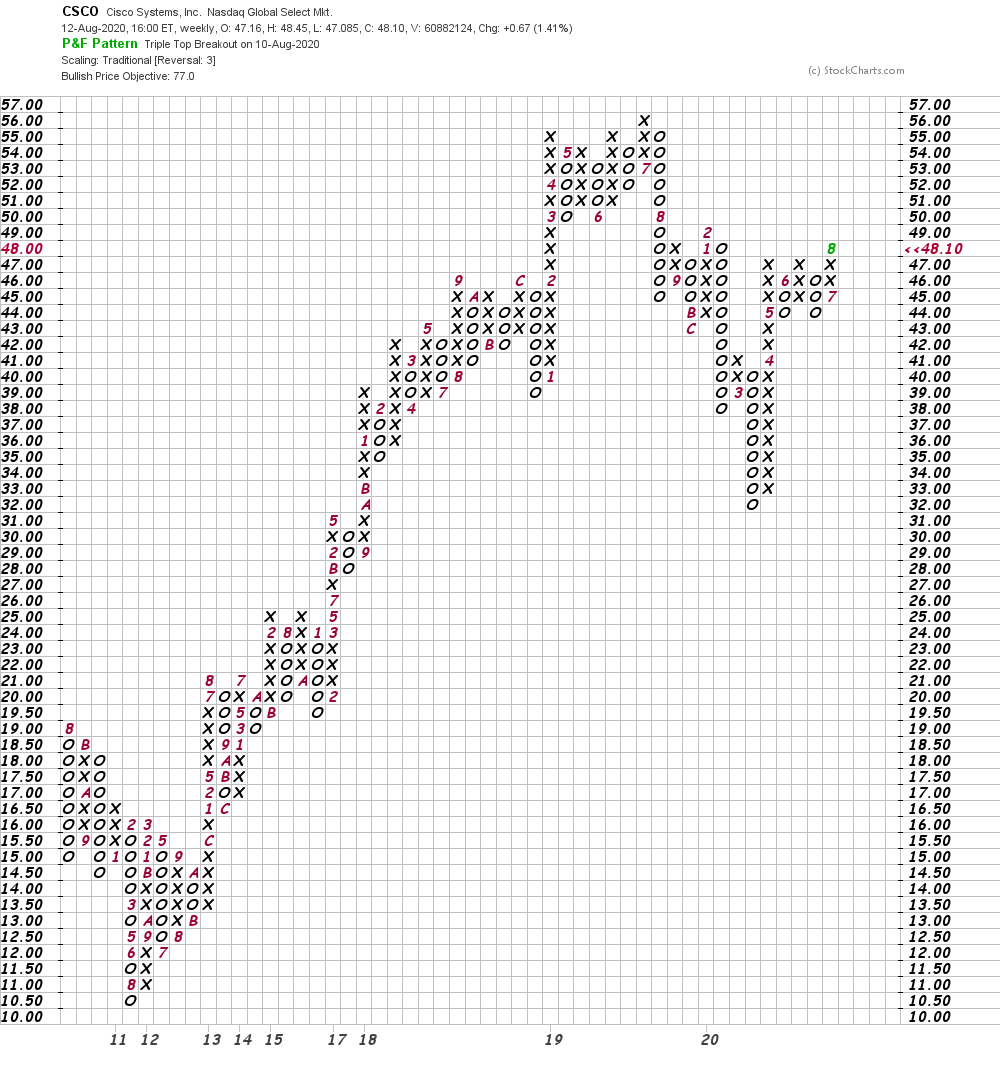 Bottom line strategy: While some analysts (fundamental and technical) might make a bearish case for CSCO, my review of the charts above suggests that prices can move higher in the weeks and months remaining in 2020. Aggressive traders could consider going long CSCO after the first hour of trading Thursday.

Get an email alert each time I write an article for Real Money. Click the "+Follow" next to my byline to this article.
TAGS: Earnings | Investing | Stocks | Technical Analysis | Software & Services | Technology | Technology Hardware & Equipment | Mad Money | Executive Interview