Leave it to the bulls to give up the ghost during the final hour, on a Friday, on the last day of the month and quarter. That's precisely what happened last Friday. Because up until the final 75 minutes of the regular session, the Invesco QQQ Trust QQQ traded as we expected, which was to remain range-bound between $270 and $275.

Let's talk about Friday's decline because bids started to weaken shortly after the QQQ tested $275 and was rejected. While it hurts my head to believe this may have contributed to Friday's decline, I had several folks ping me about something floating around Twitter regarding a closed-door meeting of the Federal Open Market Committee.

I dug up the tweets, and I'm choosing to believe the originators made the comments tongue-in-cheek. Nonetheless, a surprising number of seasoned folks were genuinely concerned. Here's the image I was sent, and then I'll explain why it is very unlikely we need to worry about it. 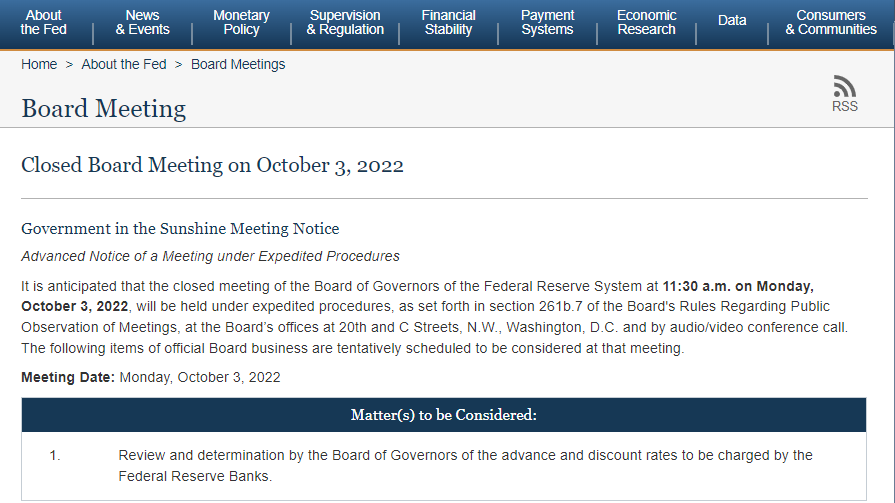 You can click the link above to see the dates these closed board meetings occurred this year, or I can save you a click and tell you the committee has had about 15 meetings that weren't part of the eight regularly scheduled meetings we're all accustomed to fretting over. The Fed can move rates whenever it feels it's appropriate. So, maybe it will move them again, on Monday. But I doubt it. This appears to be nothing more than another instance of folks snagging some clickbait and using it to scare folks on Fintwit.

On another note, I'll have a thick resistance line at $275 for the next few days. We might trigger some short covering if the bulls can push the QQQ back above that level. But barring such a rally, the path of least resistance is reasonably clear to the downside.

At the time of publication, Byrne had no positions in the stocks mentioned.

Get an email alert each time I write an article for Real Money. Click the "+Follow" next to my byline to this article.
TAGS: Collectibles | ETFs | Federal Reserve | Index Funds | Investing | Stocks | Trading | Real Money