Has the market put in a short-term bottom? After a strong day on Wednesday, stocks continued to rally into Thursday. Where and when is this rally likely to end?

The target was creating by using an old-school measuring technique on a head-and-shoulders pattern (L-H-R) that formed on the S&P 500. We measured the height of the pattern, from neckline (black dotted line) to head (H), and used that distance as a guideline for a further price drop. 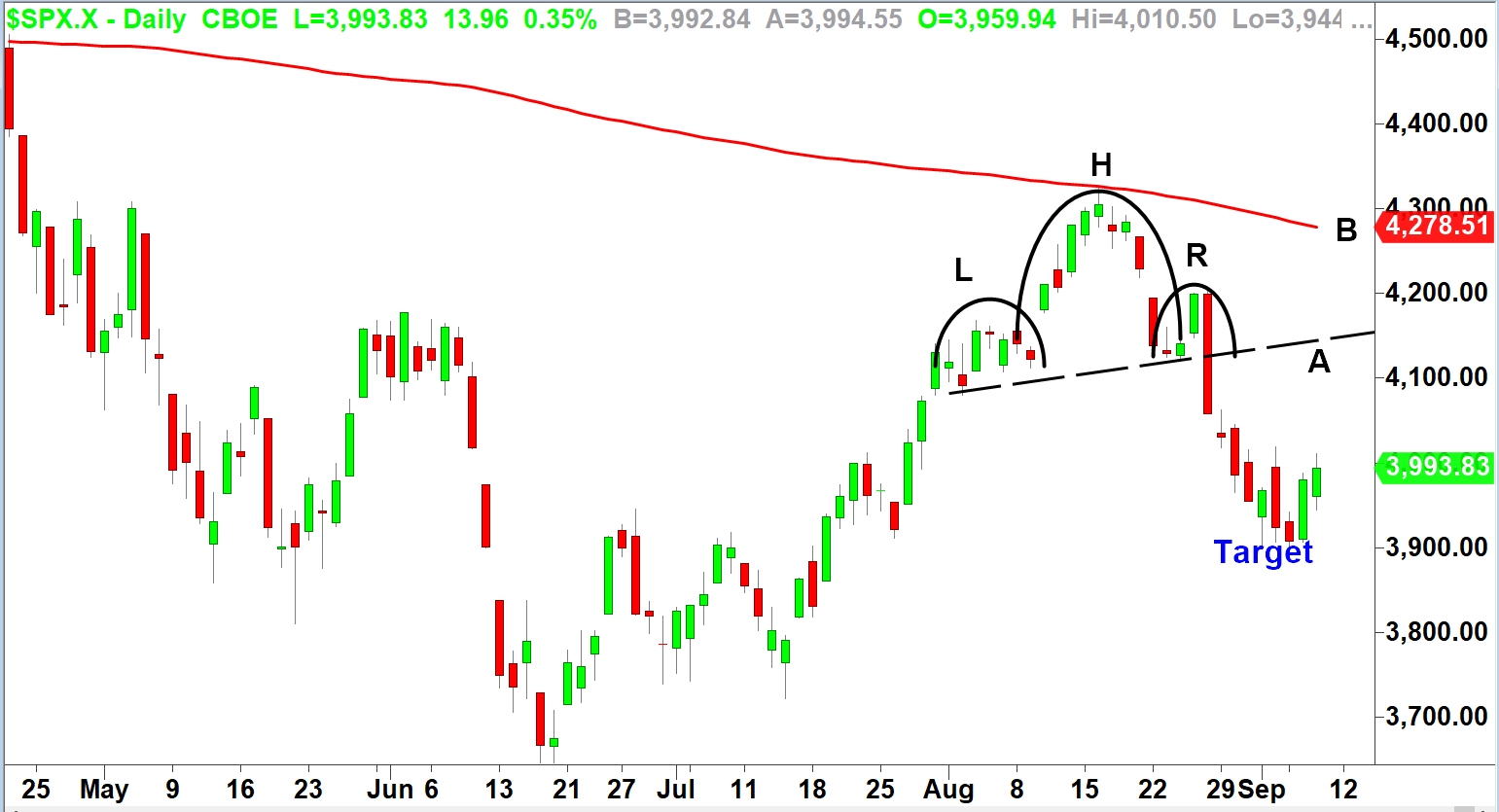 Now that stocks are in rally mode, how much room do they have to run? The S&P 500 has two major areas of resistance looming ahead.

First is the neckline of the head-and-shoulders formation. That line is sloping higher and comes in at approximately 4,100-4,150.

I'll give the index a decent chance of breaking above the neckline. The real problem lies at the 200-day moving average. The large-cap index hasn't traded above that key moving average since early April, so it represents a formidable obstacle.

Because that moving average is on a downward slope, a failure to break above it will almost certainly lead to a lower high (LH). If we zoom out to the weekly chart, we can see that the recent head-and-shoulders pattern resulted in a lower high in this time frame. 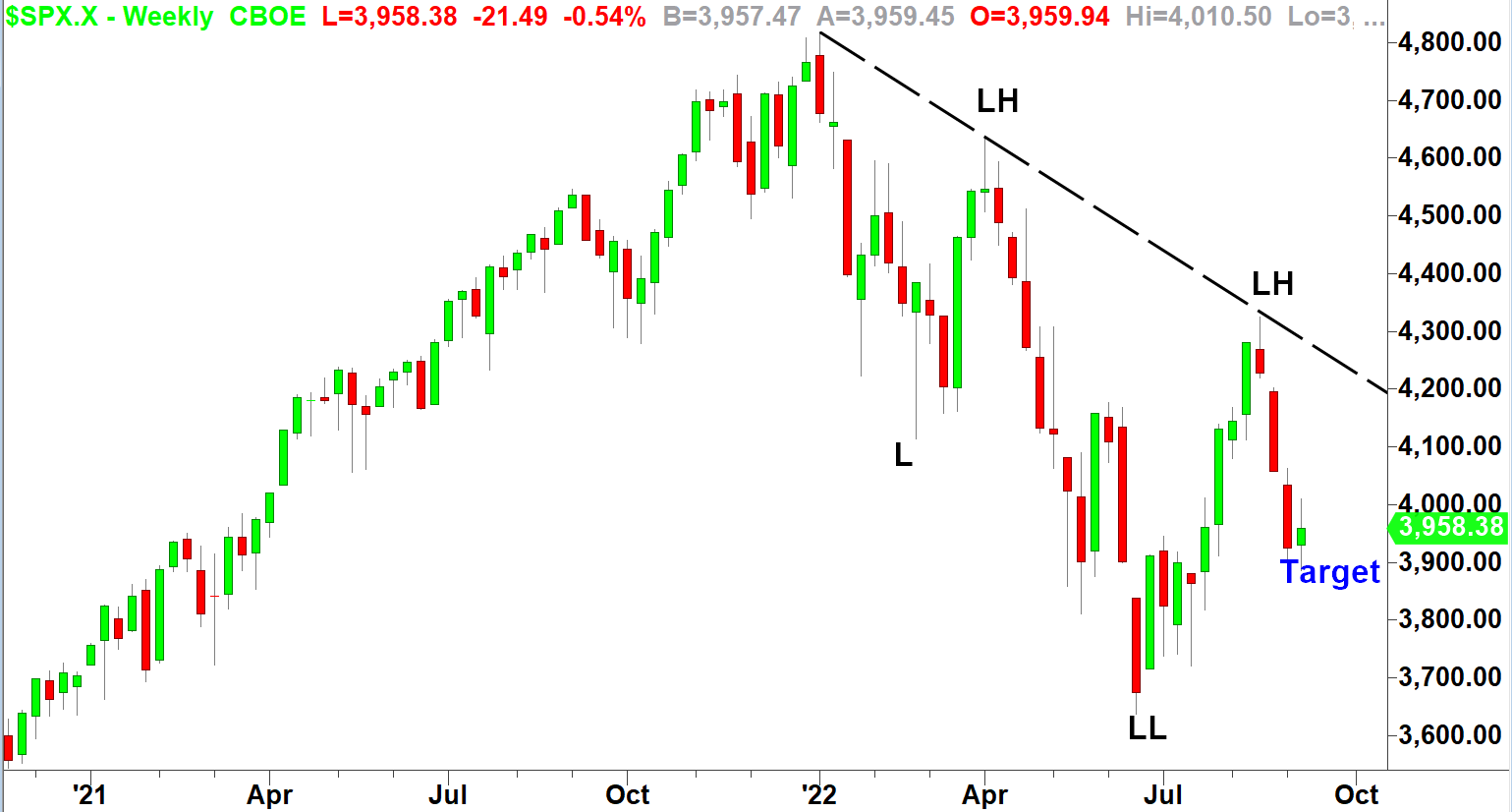 The trend line connecting those lower highs creates yet another resistance level, this one near 4,200.

From these charts, we can conclude that while the intermediate-term trend (daily) may be higher, the dominant trend (weekly) is lower. On Thursday morning, Fed Chairman Jerome Powell made comments that dovetail with this outlook.

Powell said, "I can assure you that my colleagues and I are strongly committed to this project and we will keep at it until the job is done."

In other words, rates will go higher and stay high longer than many anticipate. That's bad news for stocks as well as the economy. Powell is committed to winning the battle against inflation.

Get an email alert each time I write an article for Real Money. Click the "+Follow" next to my byline to this article.
TAGS: Federal Reserve | Indexes | Interest Rates | Investing | Stocks | Technical Analysis | Real Money