By BRUCE KAMICH Mar 07, 2022 | 11:31 AM EST
Stocks quotes in this article: CHWY, GME, BBBY
Monday morning we learned that Chewy Inc. ( CHWY) co-founder and GameStop ( GME) CEO Ryan Cohen took a 9.8% stake in bed bath & Beyond ( BBBY)  , sending the stock soaring. Let's see what this does to the charts.
The last time I paid a visit to the charts and indicators of Bed Bath & Beyond was June 28 where I wrote that, "The charts of BBBY are bullish but I have trouble recommending the long side because the rallies evaporate so quickly. There are plenty of other promising looking stocks out there that I have more confidence in buying." With 20-20 hindsight we now know the rally fizzled and prices were subsequently cut in half.
In the daily bar chart of BBBY, below, we can see that the shares gapped above the November highs and above the bottoming 200-day moving average line. Prices have retreated from the intraday high.
The daily On-Balance-Volume (OBV) line has made a new high for the move up to confirm and support the price gains. The Moving Average Convergence Divergence (MACD) oscillator recently moved above the zero line for a fresh outright buy signal.

In the weekly Japanese candlestick chart of BBBY, below, we can imagine the rally Monday morning creating a large red (bearish) candle as prices are now lower than the opening "print." Prices are trading above the declining 40-week moving average line but there are four more days in the week.
The weekly OBV line is bullish even though the trading volume does not show us an increasing pattern. The MACD oscillator only gives us a cover short buy signal in this time frame.

In this daily Point and Figure chart of BBBY, below, we can see that prices have reached and exceeded an upside price target of $27. 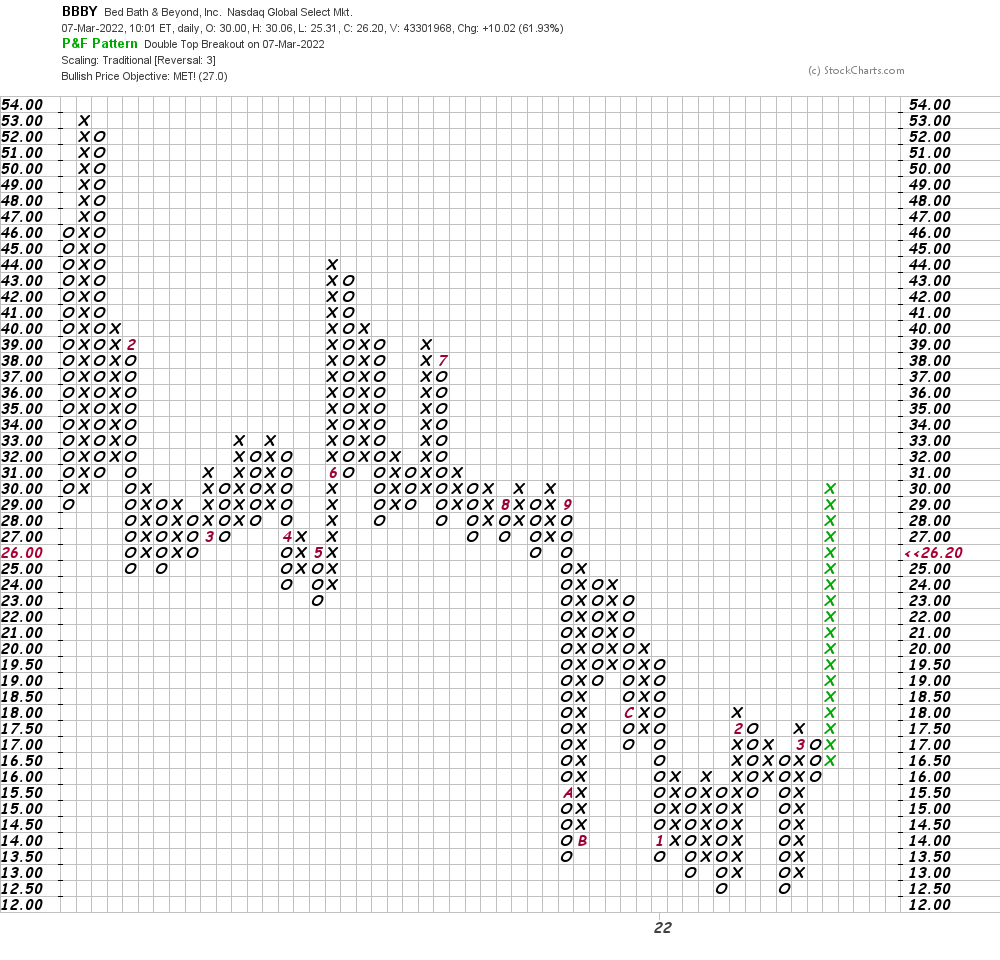 In this weekly Point and Figure chart of BBBY, below, we can see that the software projects a price target in the $65 area. 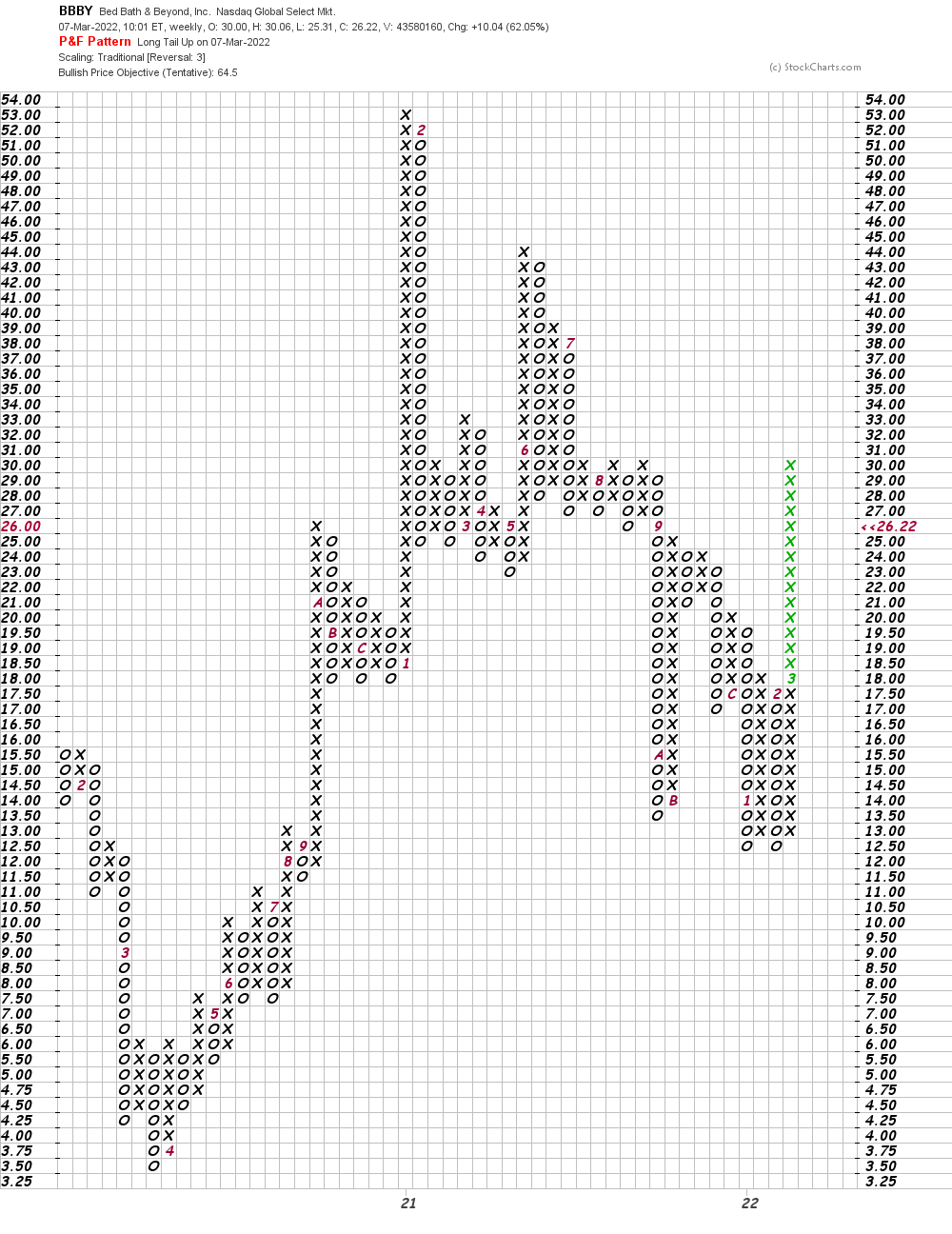 Bottom-line strategy: BBBY presents us with an interesting situation. Prices have broken above a nine-month downtrend line (not drawn) and above the 200-day moving average line. While there has been aggressive buying of BBBY in the past four months it still is just a four-month pattern while prices have been struggling the past seven years.
What does this mean?
There is a "theory of relativity" with charts -- the bigger the base, the higher in space -- BBBY has only been basing for four months and not four years. Part of all the gap could get filled but the strategy problem if you were to purchase BBBY us what are you going to risk? Do we risk to $14 to make what? Personally, my pockets are not that deep. I would avoid the long side BBBY for now.
Get an email alert each time I write an article for Real Money. Click the "+Follow" next to my byline to this article.
TAGS: Activist investing | Restructuring | Investing | Stocks | Technical Analysis | Household Products | Retail

Here's why I'm in risk-off mode, but still see some hopeful hedges.