Staying in shape isn't going out of style anytime soon for the selfie generation, Jim Cramer told viewers of his Mad Money program Wednesday night. So, is it time to get back into fitness stocks like Planet Fitness (PLNT) and newcomer Peloton (PTON) after a rocky summer?

Shares of Planet Fitness dropped 31% from their highs earlier this year as it fell out of favor and investors took issue with the company's 8.8% same-store sales growth in August when analyst were expecting 9%. But Cramer said Planet Fitness remains a well-run company that was able to beat estimates when it last reported and is now seeing shares recover from their lows.

Peloton had a rocky IPO in September, debuting at the wrong time and immediately breaking its IPO price. While management said the company could cut spending and become profitable at any time, Cramer said the reality is Peloton is not a company that will have earnings anytime soon.

Because these companies are so different, Cramer said, he wouldn't be a buyer of Peloton until the lockup period expires in a few months. Planet Fitness, however, should never have fallen as far as it did and is now a buy.

Let's find a trainer versed in technical analysis as we check out the charts.

In the daily bar chart of PLNT, below, we can see that prices stalled in May-July and then declined into early October. Since the beginning of October prices have staged a big turnaround. PLNT is now above the bottoming 50-day moving average line and the rising 200-day line.

The daily On-Balance-Volume (OBV) line bottomed out in August and September and began its new rise in early October. A rising OBV line tells us that buyers of PLNT are more aggressive.

In this Point and Figure chart of PLNT, below, we can see the recent upside rally made a new high for the move up and a potential price target of $79 is being projected. 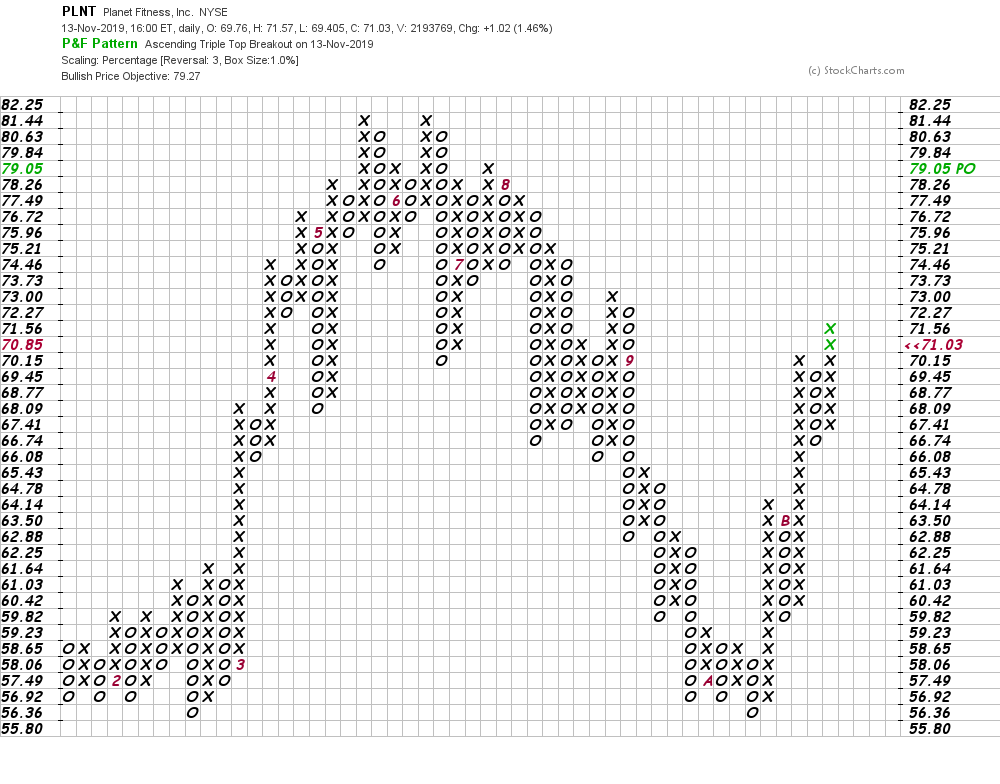 In this daily bar Japanese candlestick chart of PTON, below, we can see the price activity since the company went public. Prices have largely traded sideways between $20.50 and $27.00. The indicators have started to improve a little from last week but overall we have little history to work with to come to a positive recommendation.

In this Point and Figure chart of PTON, below, we can see that an upside price target in the $35-$36 area is being projected. 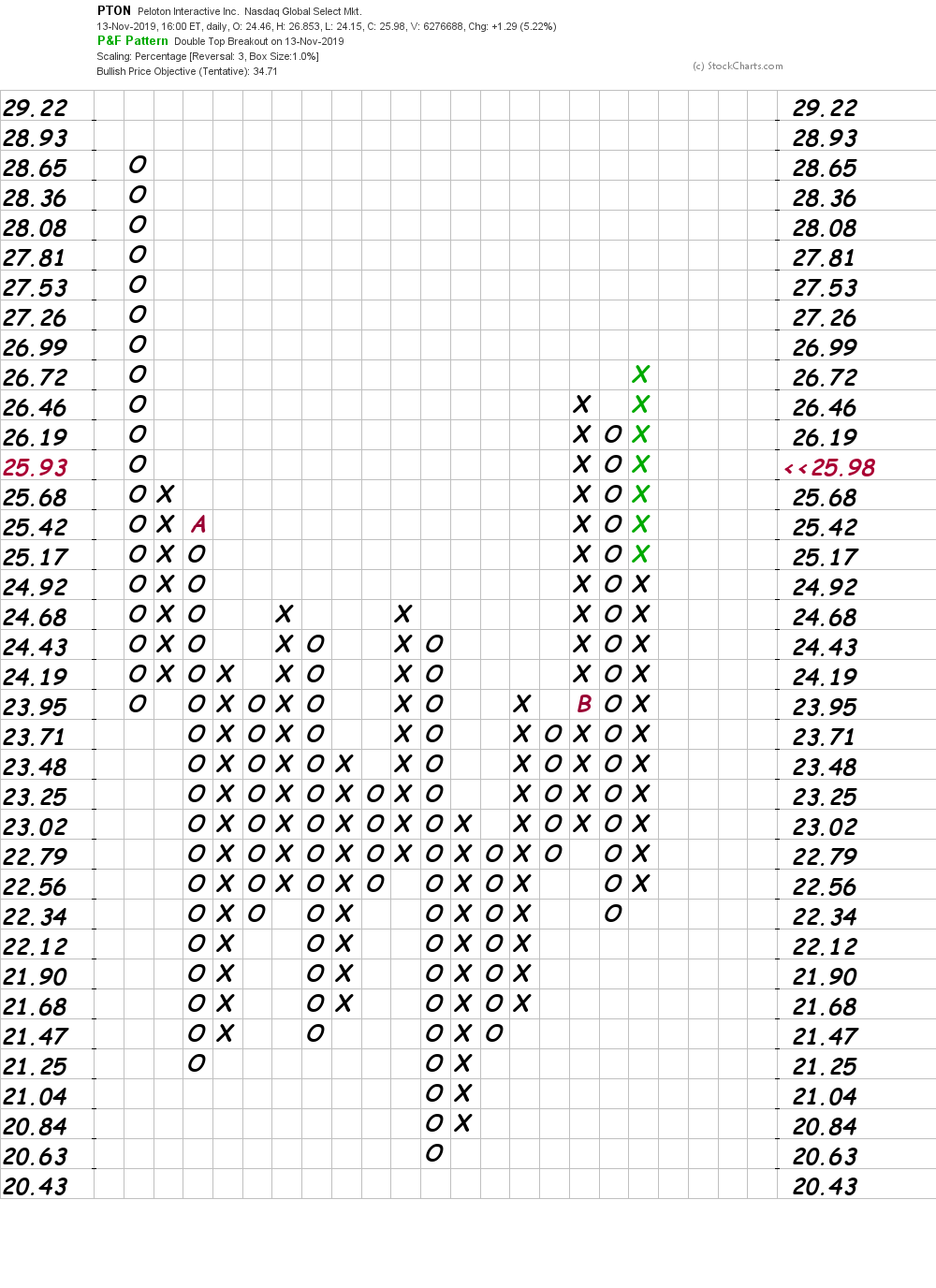 Bottom-line strategy: the American Heart Association (AHA) recommends 300 minutes of activity per week. I recommend the long side of PLNT risking below $65 for now.

Get an email alert each time I write an article for Real Money. Click the "+Follow" next to my byline to this article.
TAGS: Investing | Stocks | Technical Analysis | Health Care Equipment & Services | Healthcare | Mad Money

Staple Down This Office Supply Stock

ACCO Brands proves that a dull business can be an exciting stock.