The Walt Disney Co. (DIS) is set to reopen Disney World Saturday but we know that the markets are a discounting mechanism. So we may have already discounted the good news of kids enjoying themselves and parents and grandparents spending lots of money.

Let's check out our temperatures and then charts of this Action Alerts PLUS holding.

In the daily bar chart of DIS, below, we can see that prices were nearly cut in half from late November to March. Prices rallied into early June but have fallen short of its best levels of early 2020 and failed at the underside of the declining 200-day moving average line.

The On-Balance-Volume (OBV) line shows a low in March and another low in May before some improvement into July. Buyers of DIS have shown a reluctance to be consistently aggressive and that tells me not to be that positive on the stock.

The Moving Average Convergence Divergence (MACD) oscillator crossed above the zero line in May and is back down to it now. This is not a picture of sustained trend strength.

In this daily Point and Figure chart of DIS, below, we can see a potential downside price target in the $98 area. 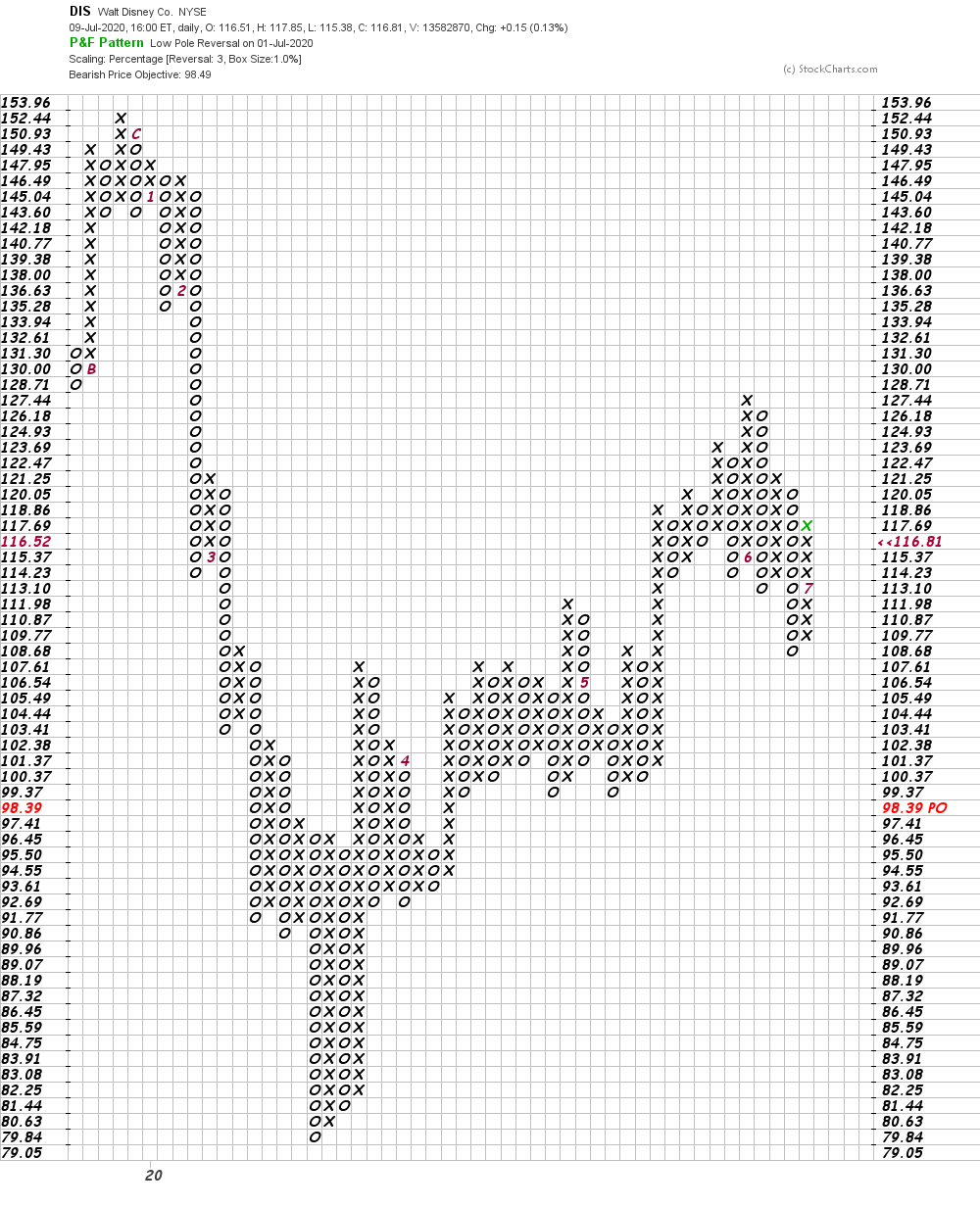 Bottom-line strategy: Sometimes reality is better than expectations and sometimes it is worse than expectations. Right now it looks like DIS can weaken in the days and weeks ahead. Avoid the long side for now.

Get an email alert each time I write an article for Real Money. Click the "+Follow" next to my byline to this article.
TAGS: Investing | Stocks | Technical Analysis | Resorts and Hotels