The Walt Disney Company (DIS) is expected to release its fiscal third-quarter results after the market close on Wednesday. Let's get an all-day ticket and take our time checking out the entertainment giant's charts and indicators.

In this daily bar chart of DIS, below, we can see that prices were cut in half in the past 12 months. DIS made a low in June and a retest in July before firming into August. Prices are trading above the bottoming 50-day moving average line. The 200-day line is in a decline and it intersects around $131. The daily On-Balance-Volume (OBV) line shows weakness into July and only a slight recovery into August. The Moving Average Convergence Divergence (MACD) oscillator is above the zero line but could start to narrow.

In this weekly Japanese candlestick chart of DIS, below, we see a mixed picture. Prices have made a big enough correction in the past year to attract longer-term investors but the early July candlestick pattern is just a small hammer pattern and doesn't show us a long lower shadow. The most recent candlestick pattern has an upper shadow around $110, telling us that traders rejected the highs. The weekly OBV shows us only a slight uptick in July to suggest only a small amount of aggressive buying. The MACD oscillator has crossed to the upside for a cover shorts buy signal.

In this daily Point and Figure chart of DIS, below, we can see an upside price target in the $142 area. 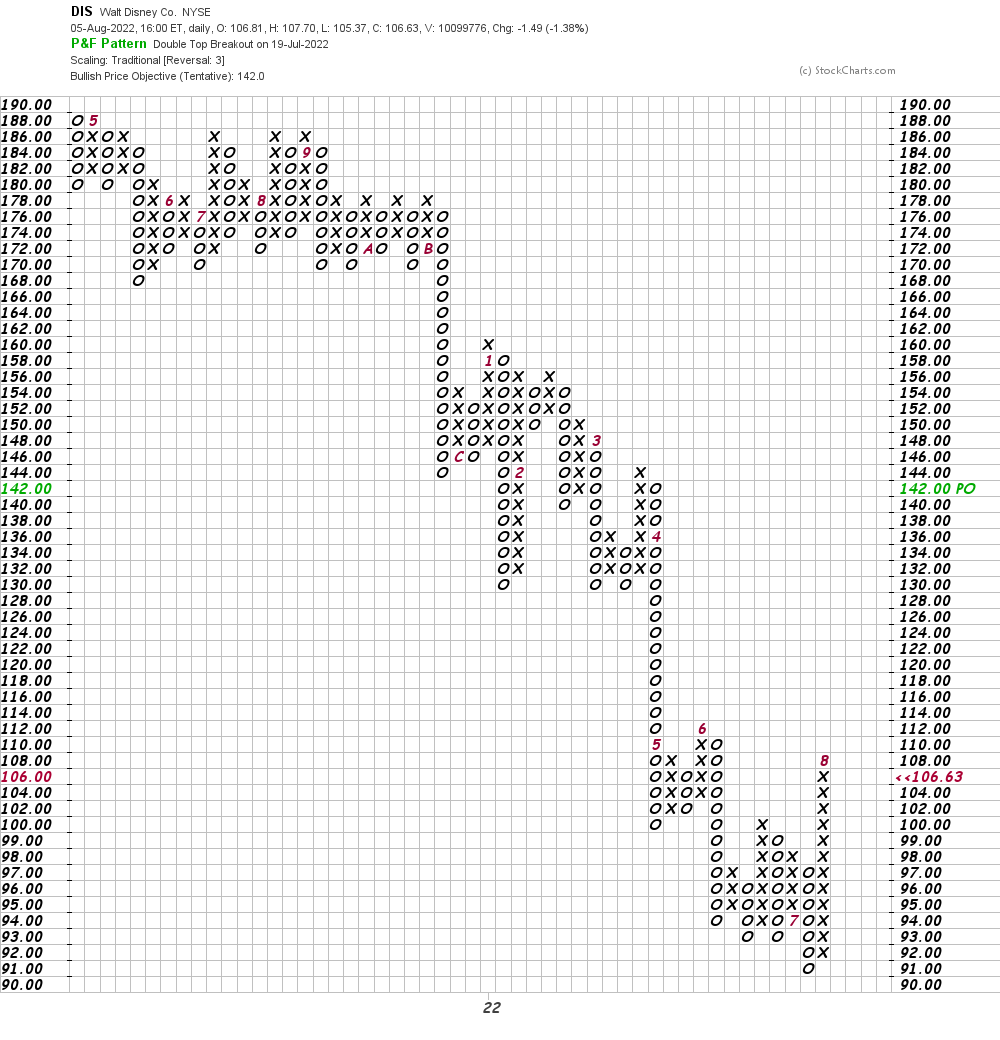 In this weekly Point and Figure chart of DIS, below, we see a price target of $142, just like the daily chart above. 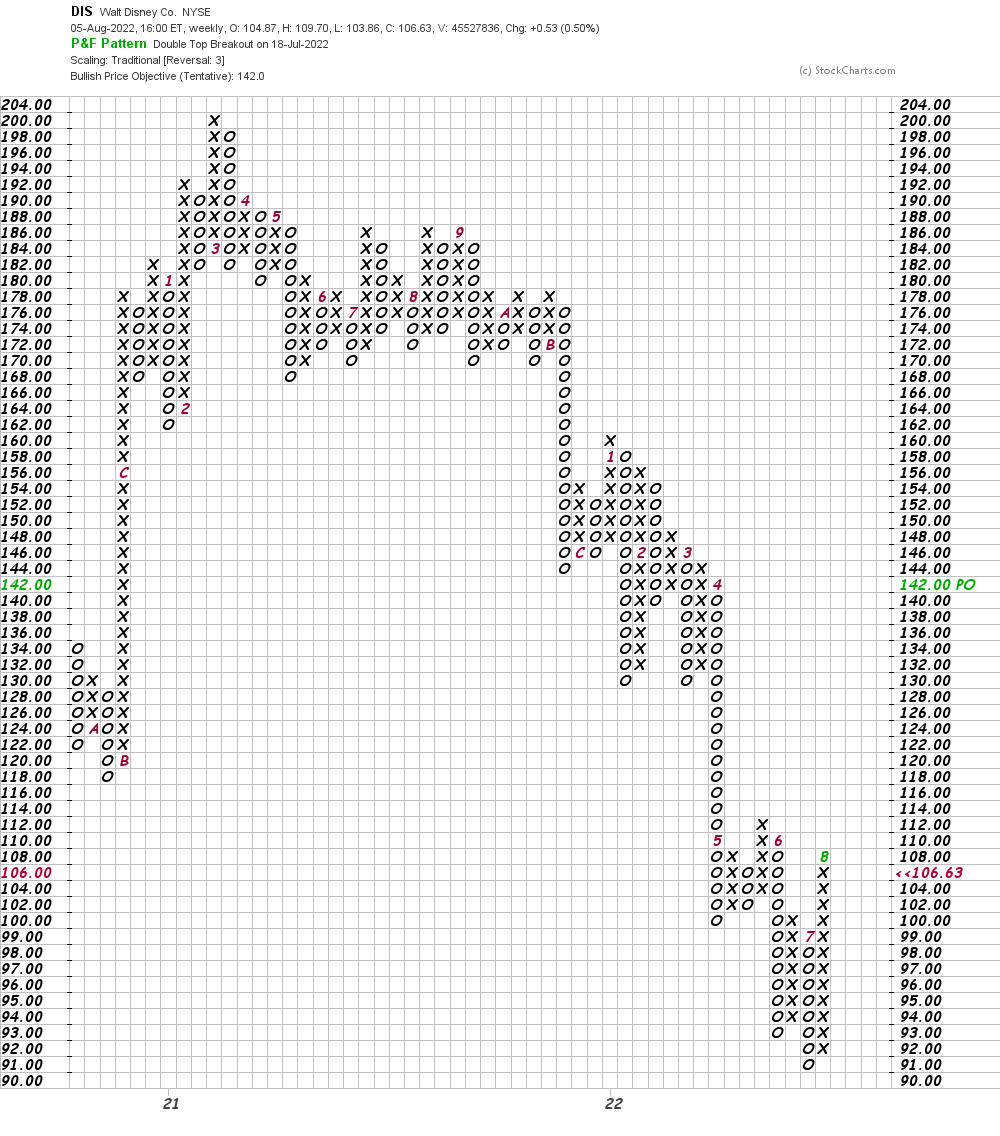 Bottom line strategy: I have no knowledge of what DIS is going to announce to shareholders Wednesday evening, but the charts are modestly positive and we could see some further gains in the days ahead. Because I currently have a negative view of the broad market averages I will refrain from recommending purchasing shares of DIS.
Get an email alert each time I write an article for Real Money. Click the "+Follow" next to my byline to this article.
TAGS: Investing | Stocks | Technical Analysis | Digital Entertainment | Media | Movie Production | Movies | Resorts and Hotels | Sports business | Real Money | Consumer Discretionary | Earnings Preview