For one of his Executive Decision segments of "Mad Money" Thursday, Jim Cramer checked in with Bob Chapek, CEO of Walt Disney (DIS) , another company that has thrived during the pandemic. In reporting its fiscal third-quarter results Disney revealed it has 116 million subscribers to Disney+, a number that beat analyst expectations.

Chapek said Disney's biggest strength always will be its storytelling abilities. The company has many different platforms from which to do that storytelling.

Chapek added that while most of its theme parks were shut down during the pandemic, Disney used that time to transform and improve its guest experiences.

In this daily bar chart of DIS, below, we can see a mixed picture. DIS made a peak in March and traded lower into the middle of May. From May the trend turns sideways. There was a successful test of the rising 200-day moving average line earlier this month and the slope of the 50-day average line has slowly and quietly turned positive. The trading volume does not appear to give us any positive clues and the On-Balance-Volume (OBV) line is in a downward drift from March. There is some slight improvement in the OBV line in the days leading up to earnings but I did not give it the weight it deserved. In an email exchange with a Real Money subscriber I did not think it was worthwhile going long DIS just ahead of earnings. DIS is poised to open with a sharp gap higher here on Friday and reminds me that we are in a secular bull market. The Moving Average Convergence Divergence (MACD) oscillator should cross above the zero line today for a buy signal.

In this weekly Japanese candlestick chart of DIS, below, we do not see an immediate bullish candle, but with hindsight we can see a few lower shadows in the past three months. The weekly OBV line is stabilizing in July. The MACD oscillator has been narrowing.

In this daily Point and Figure chart of DIS, below, we can see the price action through Thursday's close. In pre-market activity Friday DIS could trade up to the $190 area and turn the chart bullish. 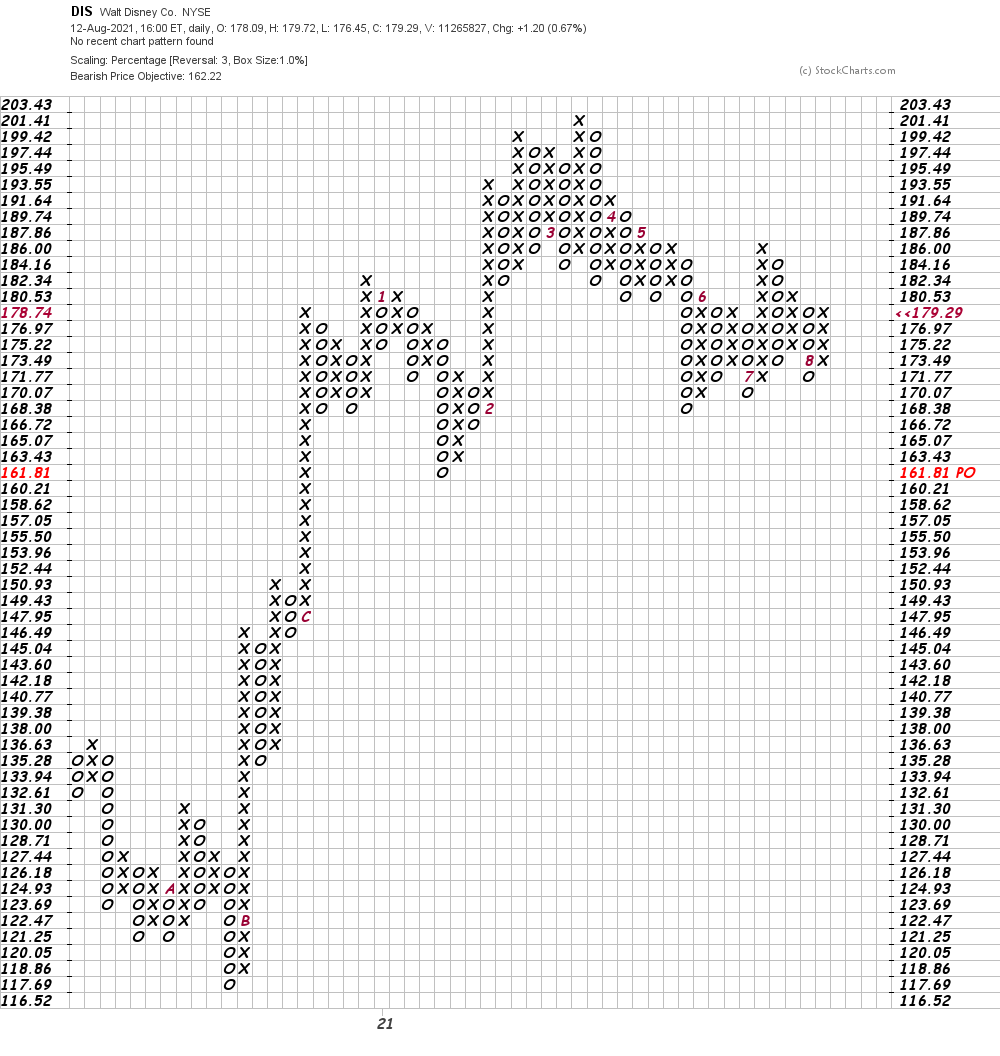 In this weekly close-only Point and Figure chart of DIS, below, we can see a potential upside price target in the $299 area. 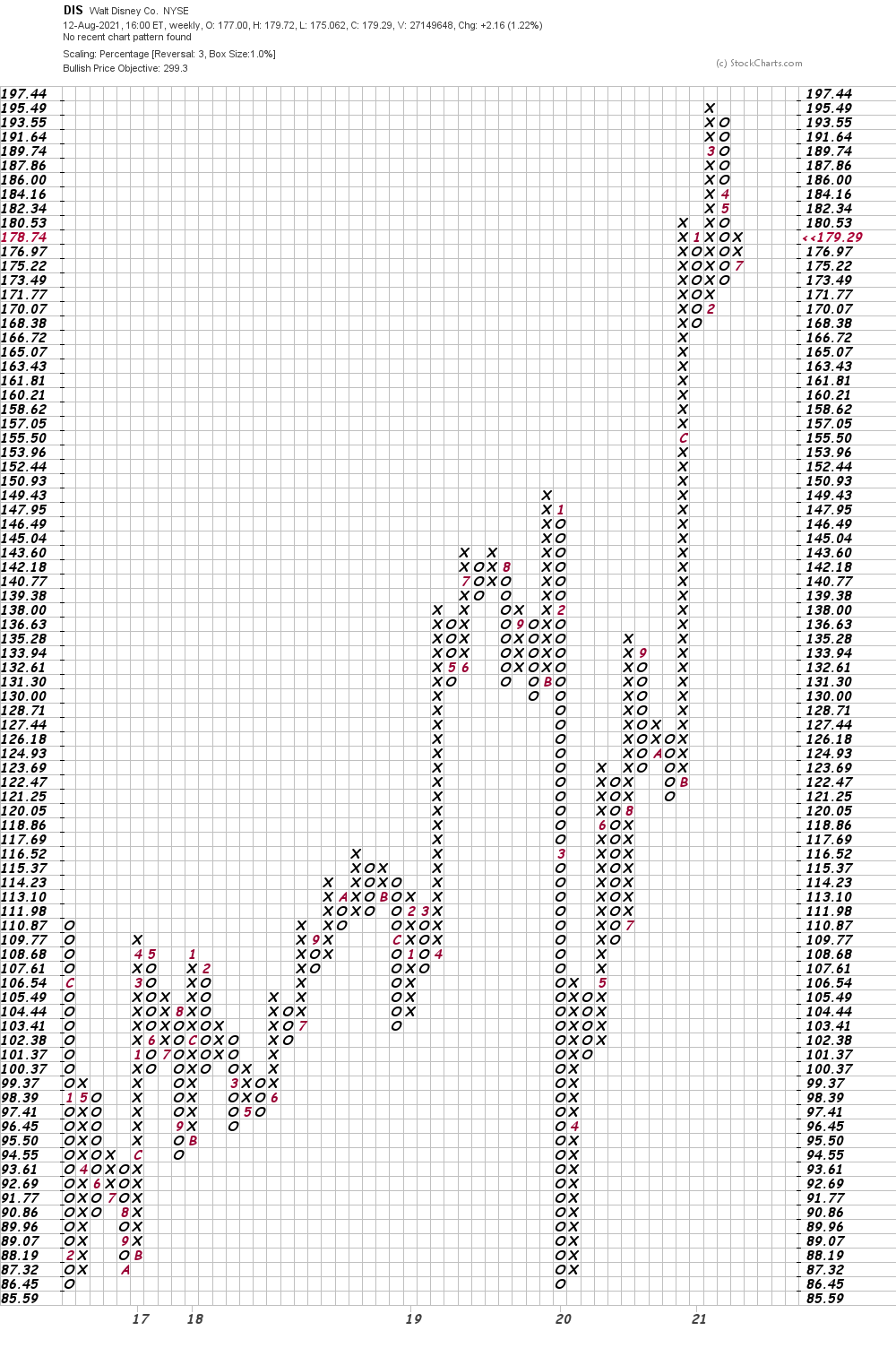 Bottom line strategy: In hindsight it would have been great to go long ahead of the numbers Thursday night but I wasn't sharp enough to make that call. Aggressive traders could go long DIS one hour after the opening or on any early dip) Use a stop just below the halfway point of the gap for now.