Another back-to-school play mentioned by  Jim Cramer during Tuesday's "Mad Money" program was Dick's Sporting Goods (DKS) as many kids and teens will need to grab lots of gear. Dick's Sporting Goods is poised to have a monster back-to-school and holiday season according to Cramer. Shares are up 80% for the year, but still trade at just 12x earnings.

Let's check out the charts of DKS.
In this daily bar chart of DKS, below, we can see a mixed picture. Prices are in an uptrend as they trade above the rising 50-day moving average line and above the rising 200-day line. Prices have stalled just short of $103. The daily On-Balance-Volume (OBV) line has been flat for several weeks and it is a bearish divergence when compared to the price action. The Moving Average Convergence Divergence (MACD) oscillator has made a lower high from June to July and this, too, is a bearish divergence and tells us that the trend strength is weakening.

In this weekly Japanese candlestick chart of DKS, below, we can see a number of top reversal patterns. I see a doji followed by a hanging man. The current pattern is spinning top at the moment. All these patterns suggest the risk of a reversal has risen. The slope of the 40-week moving average line is positive. The weekly OBV line has not made much in the way of upside progress in recent weeks. The MACD oscillator has narrowed and is close to a downside crossover.

In this daily Point and Figure chart of DKS, below, we can see the software is projecting a possible downside price target in the $87 area. 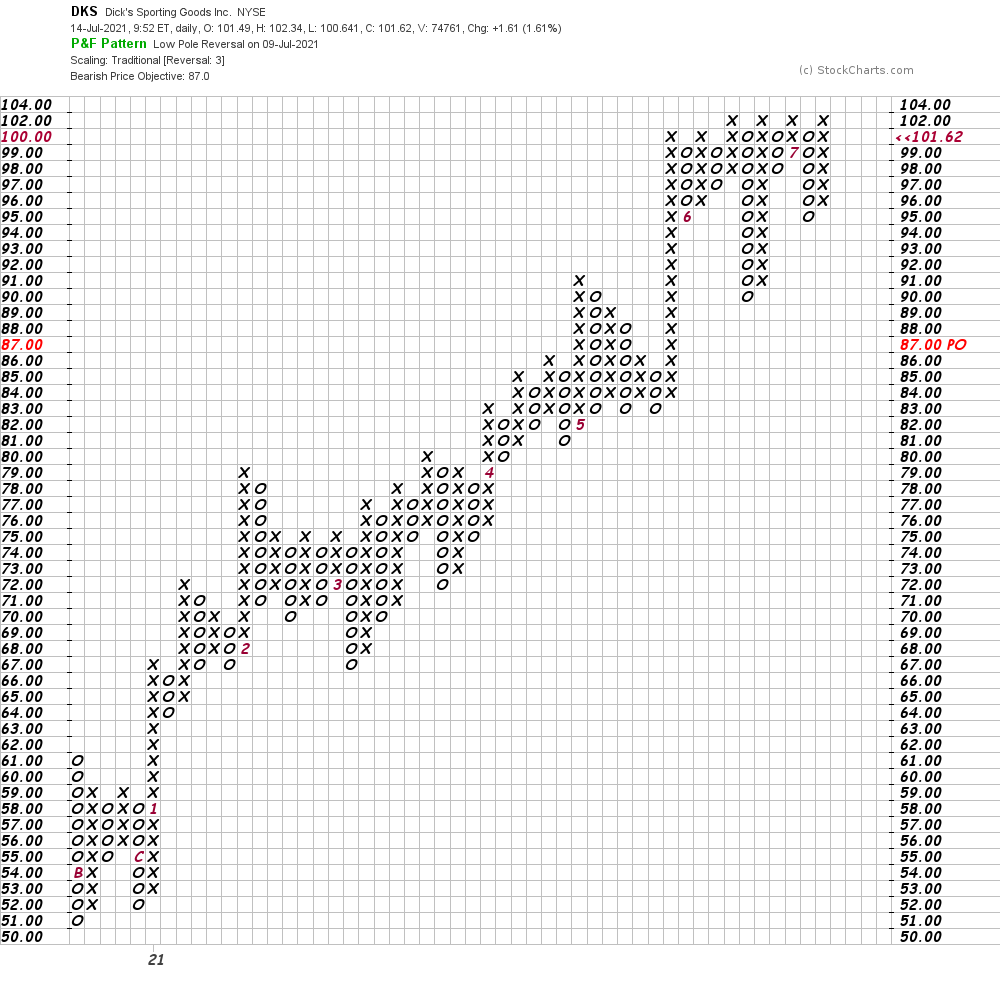 In this weekly Point and Figure chart of DKS, below, we can see a possible $83 price target. 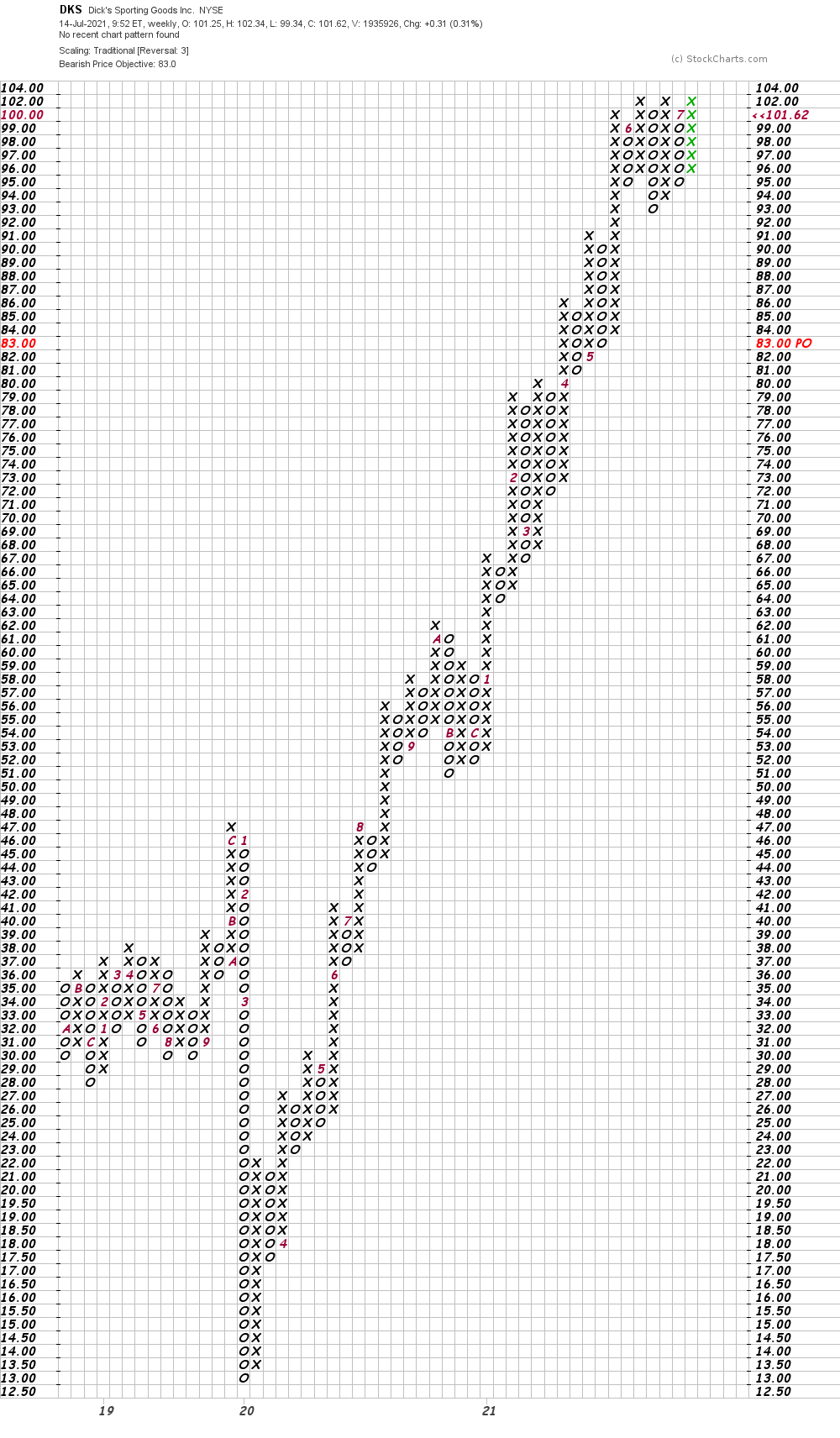 Bottom line strategy: We have seen some stocks lately where the daily Point and Figure target is bearish but the weekly chart is bullish. With DKS both the daily and weekly Point and Figure charts are bearish. A new high close would negate that, but this does give us pause about the long side of DKS. Stand aside for now. If prices decline into the low eighties we may want to be a buyer.
Get an email alert each time I write an article for Real Money. Click the "+Follow" next to my byline to this article.
TAGS: Investing | Stocks | Technical Analysis | Apparel | Consumer | Retail | Mad Money | Real Money | Sports

The Week Ends in Messy Trading

The good news is that this rotation and choppy action helps charts develop for the weeks ahead.