Stice said the oil industry has shifted from being capital consuming to a distributor of capital to its shareholders. Diamondback, like others, is now growing in a sustainable manner, initiating stock buybacks and offering variable dividends as market conditions allow.

This new model makes increasing production difficult, however. Stice noted that shareholders don't want the company to return to their old ways and drill more at any cost. This will make replenishing America's Strategic Petroleum Reserve a challenge later this year.

The trading volume is not showing us a rising pattern this year to confirm the price action and the On-Balance-Volume (OBV) line has moved sideways, which is not confirming the price gains. The Moving Average Convergence Divergence (MACD) oscillator is hugging the zero line and suggests that prices could weaken from here.

In the weekly Japanese candlestick chart of FANG, below, we see a mixed picture. Prices have been in a longer-term uptrend from late 2020. The test of the 200-day line in August -- here we use the 40-week line -- was just a dip in an existing uptrend. Prices are in a sideways trend now with some upper shadows.

The weekly OBV line is more positive than the daily line but still shows some rolling over in recent weeks. The MACD oscillator has crossed to the downside for a take profits sell signal.

In this daily Point and Figure chart of FANG, below, we can see a potential downside price target in the $110 area. 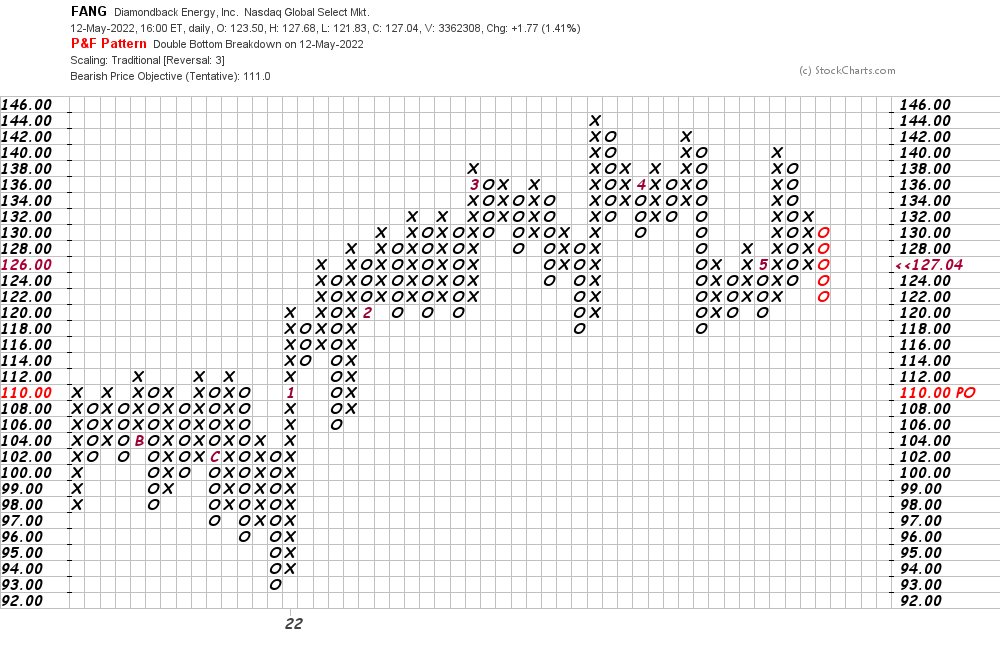 In this weekly Point and Figure chart of FANG, below, we see a tentative downside price target in the $93 area. 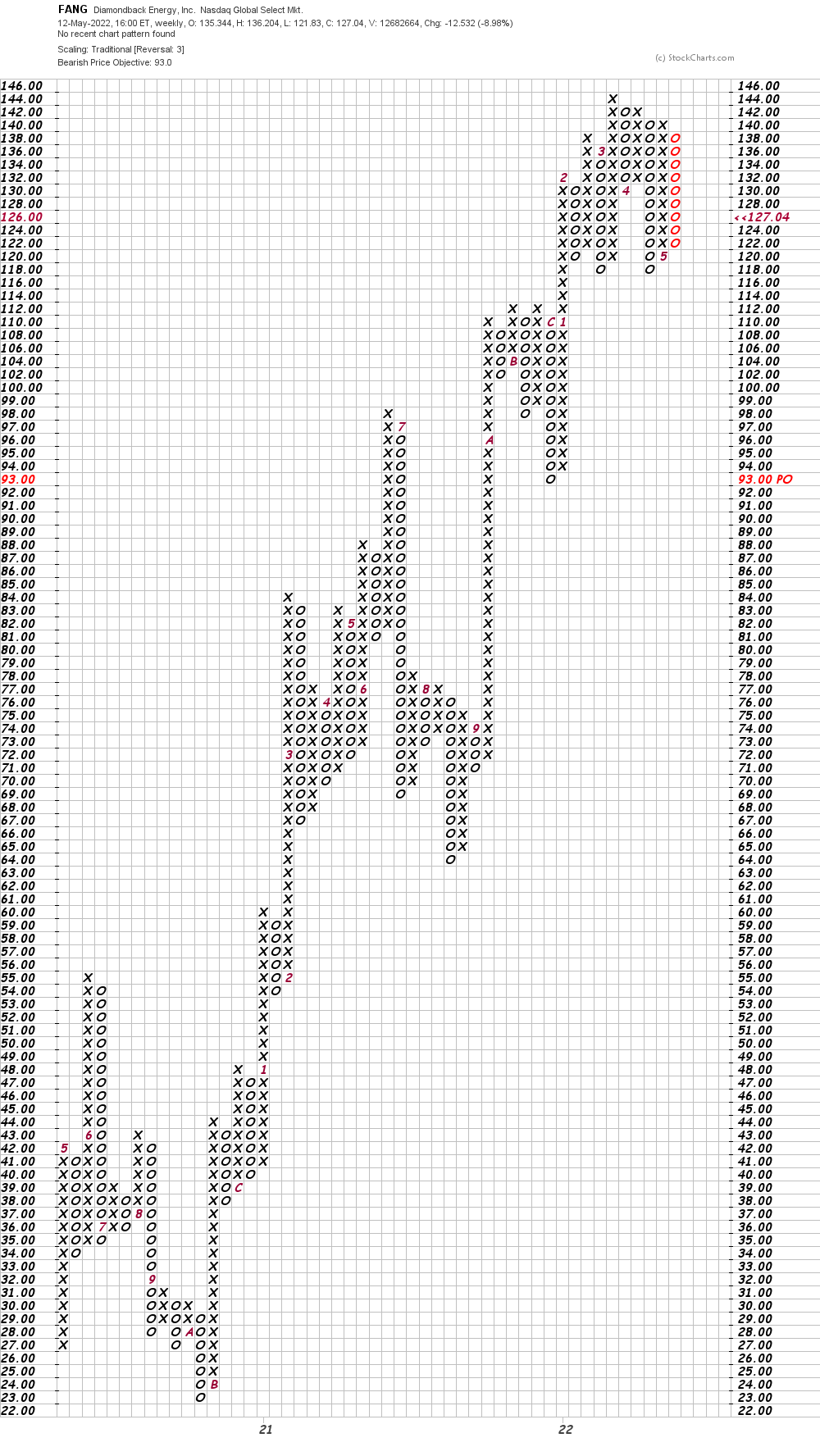 Bottom-line strategy: Energy prices are likely to remain strong and could even spike higher if the U.S. dollar turned lower but the charts of FANG suggest a pause or correction in the short-term.

Get an email alert each time I write an article for Real Money. Click the "+Follow" next to my byline to this article.
TAGS: Investing | Stocks | Technical Analysis | Energy | Natural Gas | Mad Money | Executive Interview |