In his final "Executive Decision" segment of Mad Money Monday night, Jim Cramer spoke with Barry McCarthy, president and CEO of Deluxe Corp. (DLX) , the check printing company that's been struggling to turn itself around.

Let's see how we can integrate the charts into the fundamental story.

In the daily bar chart of DLX, below, we can see that prices have made what I would call a hard selloff since early October. When I see a stock that goes rapidly lower I figure it has become damaged goods so to speak and that kind of chart needs more rebuilding than a stock that slowly declines. DLX is below the declining 50-day moving average line and the declining 200-day moving average line.

The daily On-Balance-Volume (OBV) line has declined sharply and tells me that sellers of DLX have been very aggressive. The 12-day price momentum study shows lower lows from January into February so we know that the pace of the decline has not slowed but actually sped up. If the decline had slowed we would have a glimmer of hope that buyers were returning.

In the weekly bar chart of DLX, below, we can see the action over the past three years. Prices are down in the $40-$35 area where support was found before in late 2018 and early 2019.

The weekly OBV line has lost ground the past three months telling us that traders and investors have been sellers. The 12-week price momentum study shows lower lows so we know the decline has not slowed on this time frame.

In this weekly Point and Figure chart of DLX, below, we can see that prices have overshot a downside price target. DLX has traded lower in the past but the two declines on this chart were relatively quick and suggest little time to allow for support to develop. 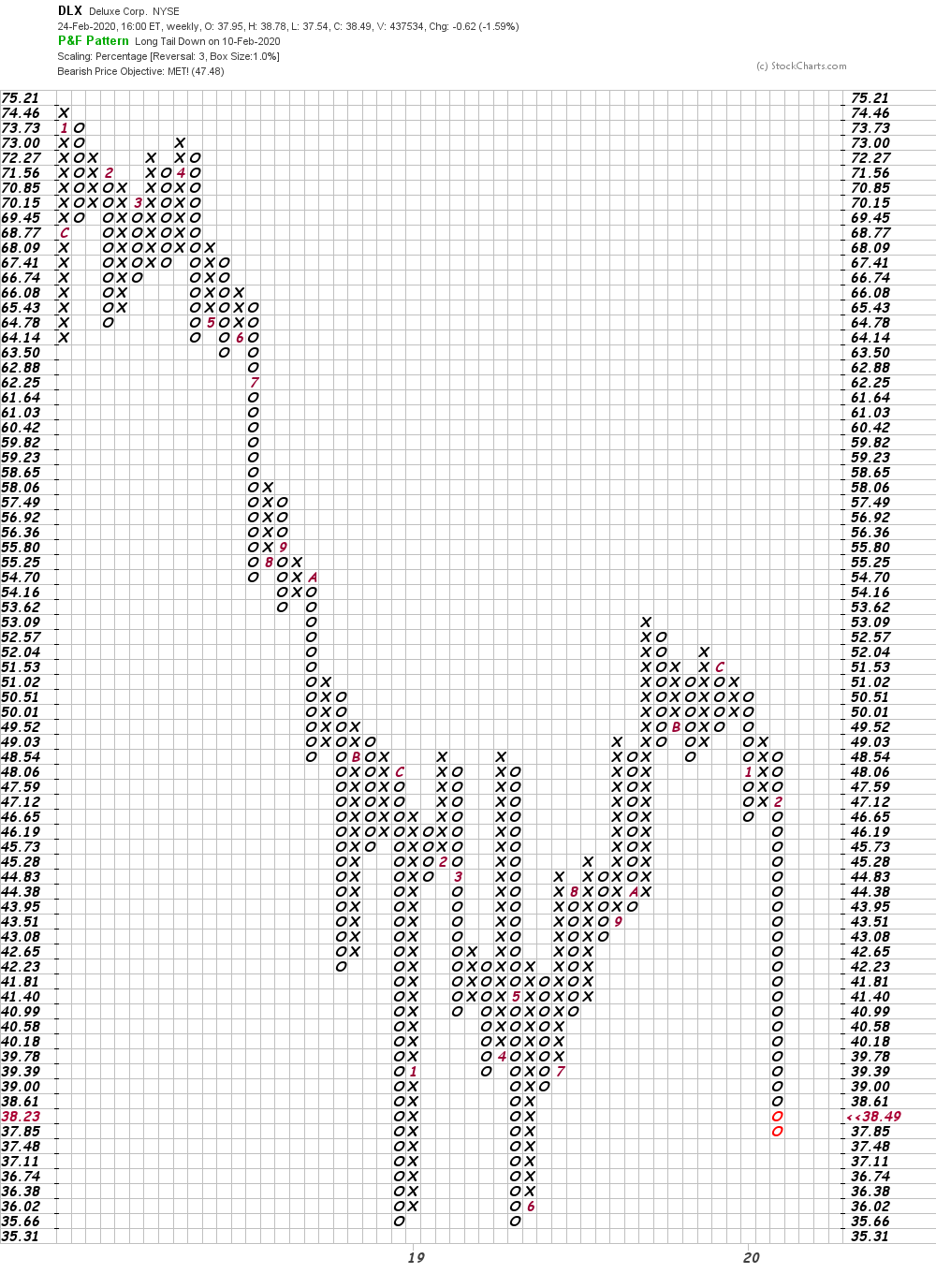 Bottom-line strategy: DLX has its work cut out for itself. I would avoid the long side of DLX until a base pattern can be seen.