Let's visit with the charts to see what technical strategy makes sense at this point in time.

A bullish golden cross of the 50-day line and the 200-day line was way back in July when prices were still in a consolidation band. Typically golden crosses are late to the game.

The daily On-Balance-Volume (OBV) line was rising all during 2019 and tells us that buyers of RTN have been more aggressive. The OBV line turned higher in early June leading the price action. The Moving Average Convergence Divergence (MACD) oscillator moved to a buy signal in July and is still above the zero line.

In the weekly bar chart of RTN, below, we can see that prices made a big decline in 2018 and big recovery in 2019. Prices are above the rising 40-week moving average line and poised to test and break the highs of early 2018.
The weekly OBV line has made a new all-time high before prices have and foreshadows further gains. The MACD oscillator has been bullish since August and is still pointed higher.

In this weekly Point and Figure chart of RTN, below, we can see that the software has generated a potential longer-term price target in the $261 area. 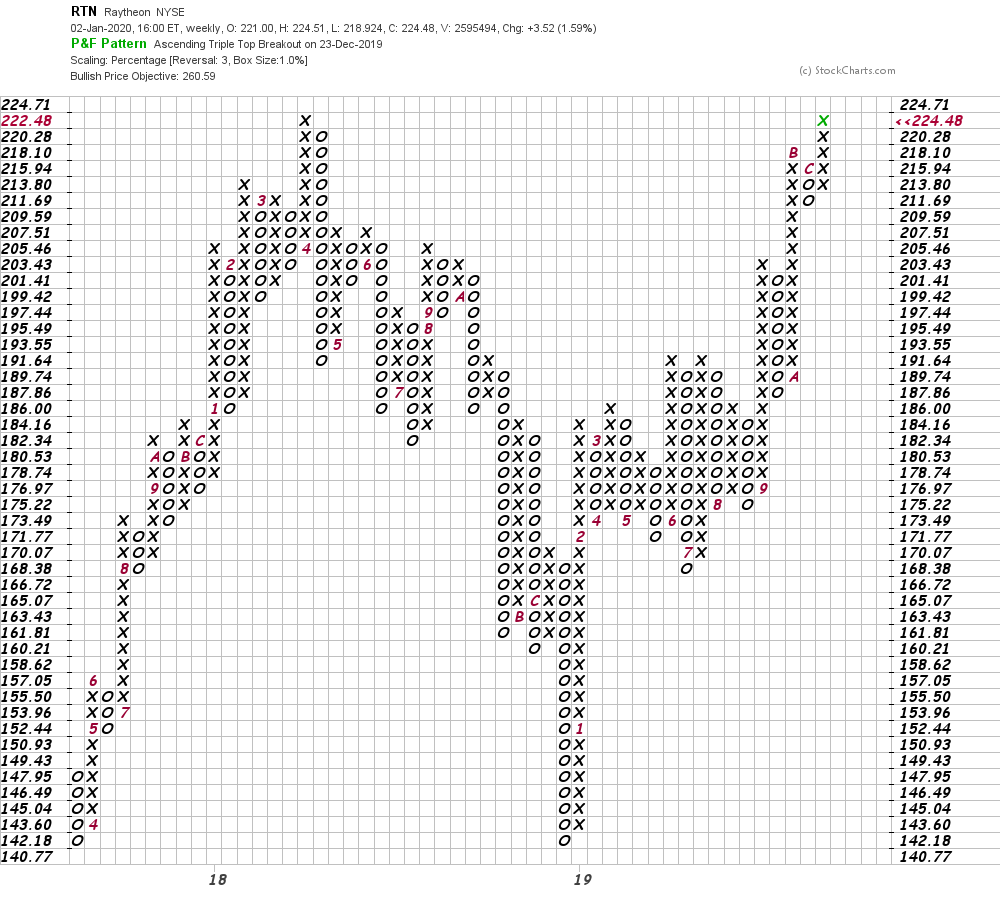 Bottom-line strategy: It is easy to suggest that the price of RTN is up Friday on the heels of fresh tensions between the United States and Iran but the charts show that prices have been climbing for several months. Traders should hold existing longs and use any intraday softness to add to longs. Risk below $212 while looking for gains to the $250-$260 area in the months ahead.
Get an email alert each time I write an article for Real Money. Click the "+Follow" next to my byline to this article.
TAGS: Investing | Stocks | Technical Analysis | Terrorism | Trading | Aerospace | Defense | Technology

This bear market has been unusual because it has proceeded on a rolling basis.

No Place to Hide, Assessing the Beatdown, Dragon Breadth, Just Warming Up?

We ran, we ran all night and day... right back into U.S. Treasury securities, once again flattening the curve.