During Thursday's "Mad Money" program host Jim Cramer said that in the battle of big pharma there are a lot of great names to choose from, but his favorites are AbbVie Inc. (ABBV) and Bristol-Myers Squibb (BMY) . If forced to choose between these two companies Cramer said he'd invest in AbbVie, which has slightly higher growth, though his Action Alerts PLUS charitable trust has positions in both companies.

There are a lot of things to like about AbbVie, Cramer said. The company is a leader in the treatment of migraines, and with the acquisition of Allergan (AGN) AbbVie will add a number of valuable franchises, including Botox. Cramer said shares of AbbVie currently trade for a steal, at just 9x forward earnings.

In this daily bar chart of ABBV, below, we can see that prices made a low back in August and rallied to a high in December. Prices have corrected lower for much of the month of January, closing below the cresting 50-day moving average line and getting closer to the rising 200-day moving average line. The daily On-Balance-Volume (OBV) line moved higher from August to tell us that buyers of ABBV were acting more aggressive. However, the OBV line has turned lower in January to suggest increased selling or liquidation. The Moving Average Convergence Divergence (MACD) oscillator peaked in November and crossed to a take-profits sell signal. Now the MACD oscillator is crossing the zero line for an outright sell signal.

In this weekly Japanese candlestick chart of ABBV, below, we can see the price action over the past three years. Prices were nearly cut in half in a decline from late 2017/early 2018 to around the middle of 2019. Prices have rallied above the 40-week moving average line, which now has a positive slope. The weekly OBV line made lows in August and September and rallied into late 2019. The MACD oscillator on this longer time frame turned bullish in November but has since crossed to the downside for a take-profits sell signal.

In this first Point and Figure chart of ABBV, below, we used daily data to plot the X's and O's that make the chart. The price action suggests some liquidation (selling) and a potential downside price target around $76, which would mean a test of the 200-day moving average line. The volume-by-price bars on the left scale suggest good support in the area. 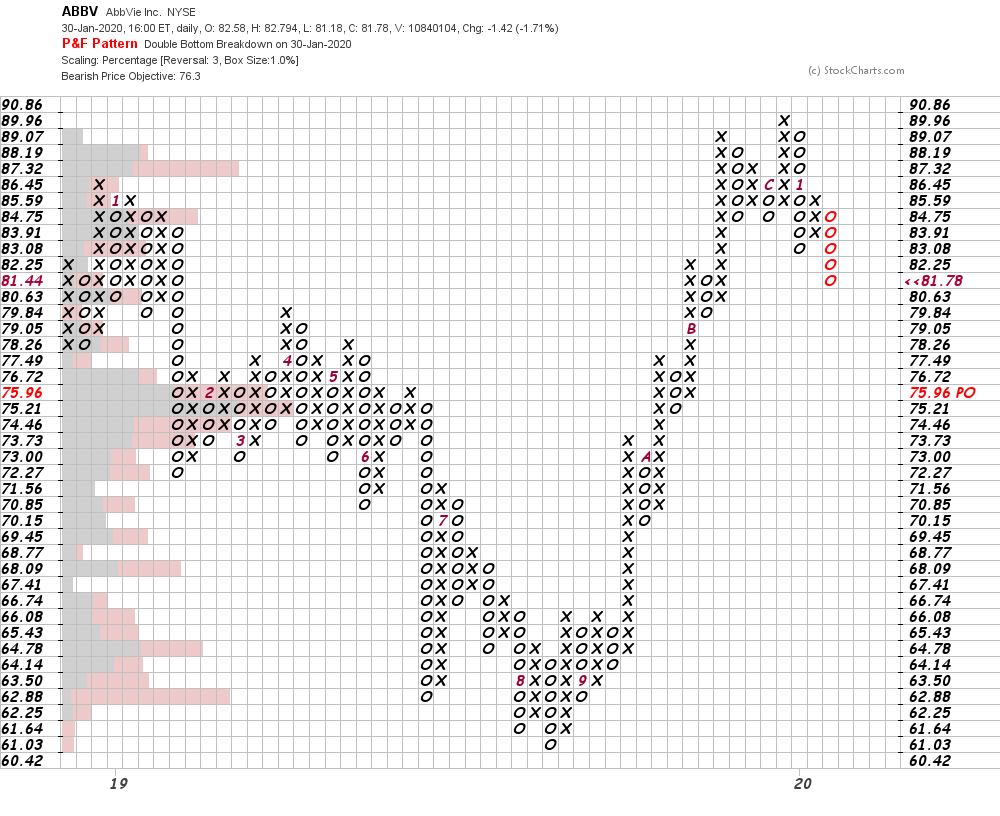 In this second Point and Figure chart of ABBV, we used weekly close-only price data and here the software is projecting a potential longer-term price target of around $136. 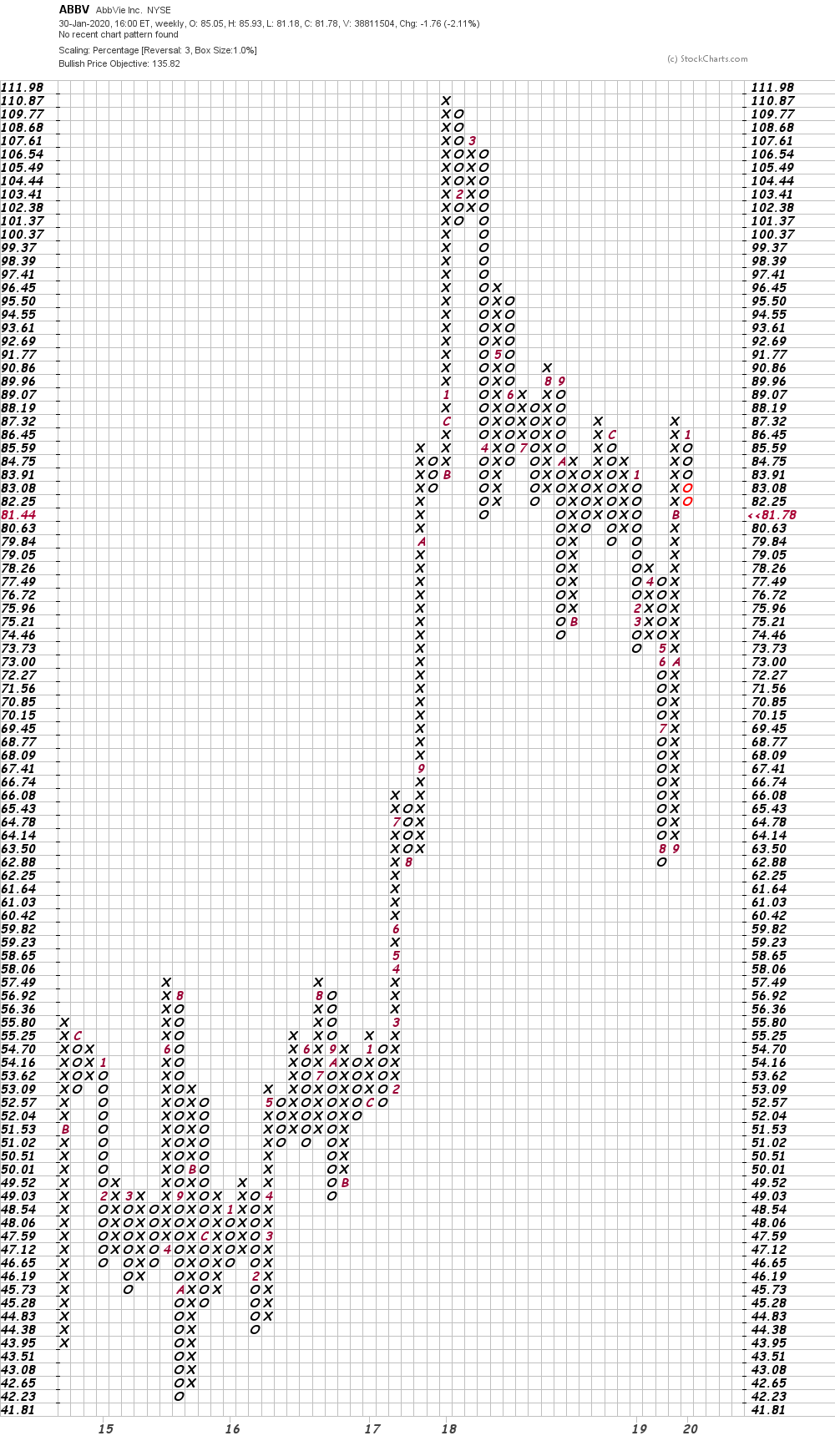 Bottom line strategy: Our weekly Point and Figure chart (above) suggests that ABBV has plenty of longer-term potential, but our daily chart suggests we may see some further price weakness before a new rally gets underway. Traders should wait for a reversal pattern on the weekly candle chart before going long or adding to longs.

Get an email alert each time I write an article for Real Money. Click the "+Follow" next to my byline to this article.
TAGS: Investing | Stocks | Technical Analysis | Healthcare | Pharmaceuticals | Mad Money