Dave & Buster's Entertainment Inc. (PLAY) is set to gap sharply lower on Wednesday morning in reaction to its latest earnings release. Not pretty. It seems that comparable sales fell 1.3% in the third quarter vs. -0.7% consensus. We last looked at PLAY at the end of November, but Wednesday's drop requires a fresh look.

We have some indication of price so let's look at some charts and indicators to plot a new strategy.

In the daily bar chart of PLAY, below, we can see the price action through Tuesday. Prices weakened in early December instead of holding the late October low. On Monday and Tuesday PLAY tested the rising 200-day moving average line.

The daily On-Balance-Volume (OBV) line was steady for most of November but turned lower in late November and early December telling us that sellers of PLAY were getting more aggressive. PLAY could test and maybe break the late July low.

In the weekly bar chart of PLAY, below, we can see that prices are right on the rising 40-week moving average line but the opening will drop prices to or even below the July lows.

In this Point and Figure chart of PLAY, below, we can see a downside price target in the $44-$43 area. When the market opens and trades this chart will not have a price gap but it will a long column of "O's". 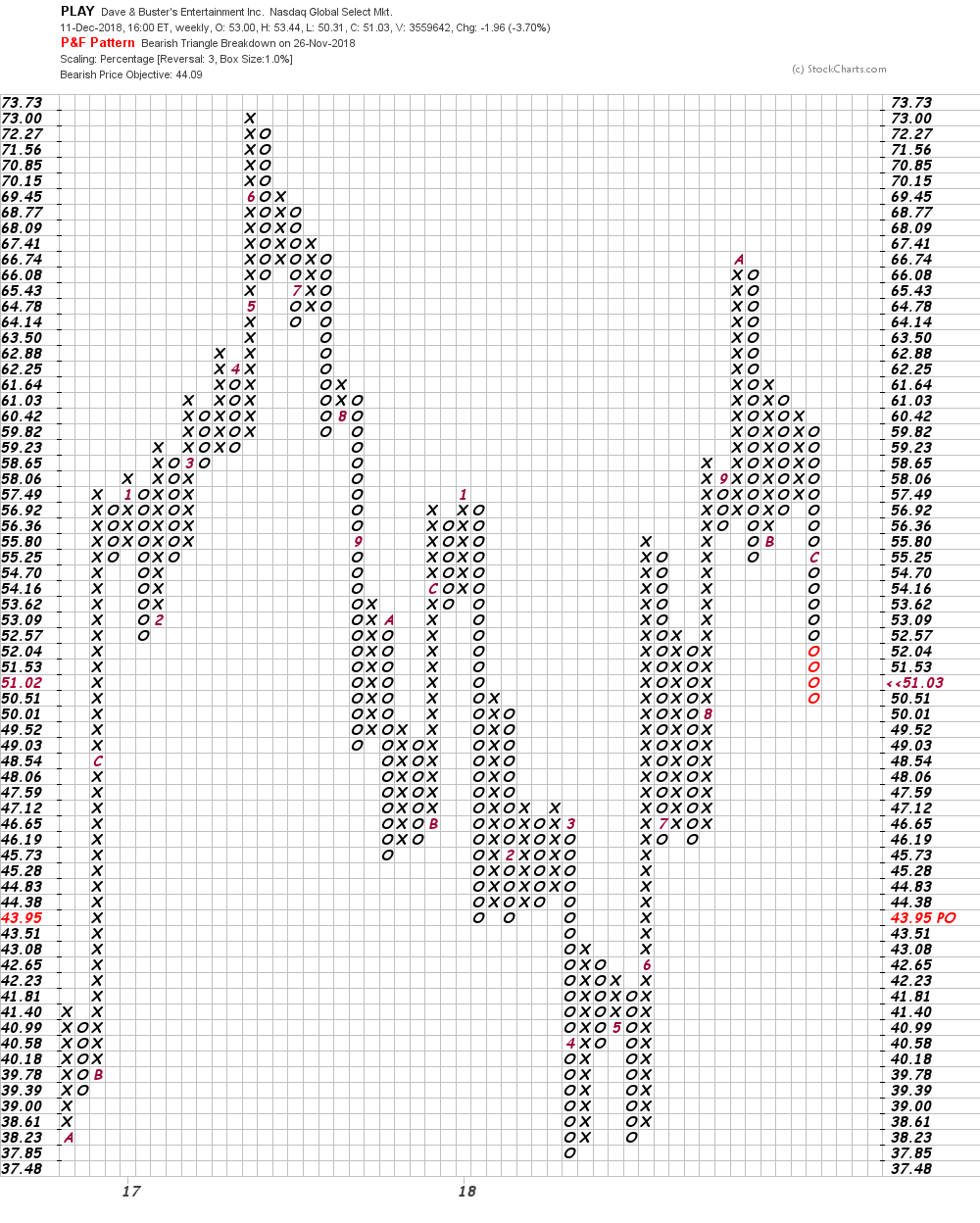 Bottom-line strategy: PLAY is going to open sharply lower. A retest of the April-May lows around $42-$38 would not be a big surprise in the months ahead.

Get an email alert each time I write an article for Real Money. Click the "+Follow" next to my byline to this article.
TAGS: Investing | Stocks | Technical Analysis | Stock of the Day