In the daily bar chart of DDOG, below, we can see that the shares rallied strongly from the March low to the early July high. More than a triple. But prices have been correcting sideways to lower the past two months. DDOG is trading below the now declining 50-day moving average line.

The daily On-Balance-Volume (OBV) line has been weakening since late June and tells us that sellers of DDOG have been more aggressive. The Moving Average Convergence Divergence (MACD) oscillator peaked in late May and is now below the zero line in sell territory. It might only take a moderate rally to move the MACD oscillator back above the zero line for a buy signal.

In the weekly bar chart of DDOG, below, we can see a mixed picture. Prices have been in a sideways trading range the past three months but are still above the rising 40-week moving average line. Support is seen in the $75-$70 area.

The weekly OBV line shows sideways to lower movement since May as action has moved between aggressive buying and aggressive selling. The Moving Average Convergence Divergence (MACD) oscillator has recently crossed to the downside for a take profits sell signal.

In this daily Point and Figure chart of DDOG, below, we can see a potential downside price target in the $65 area. 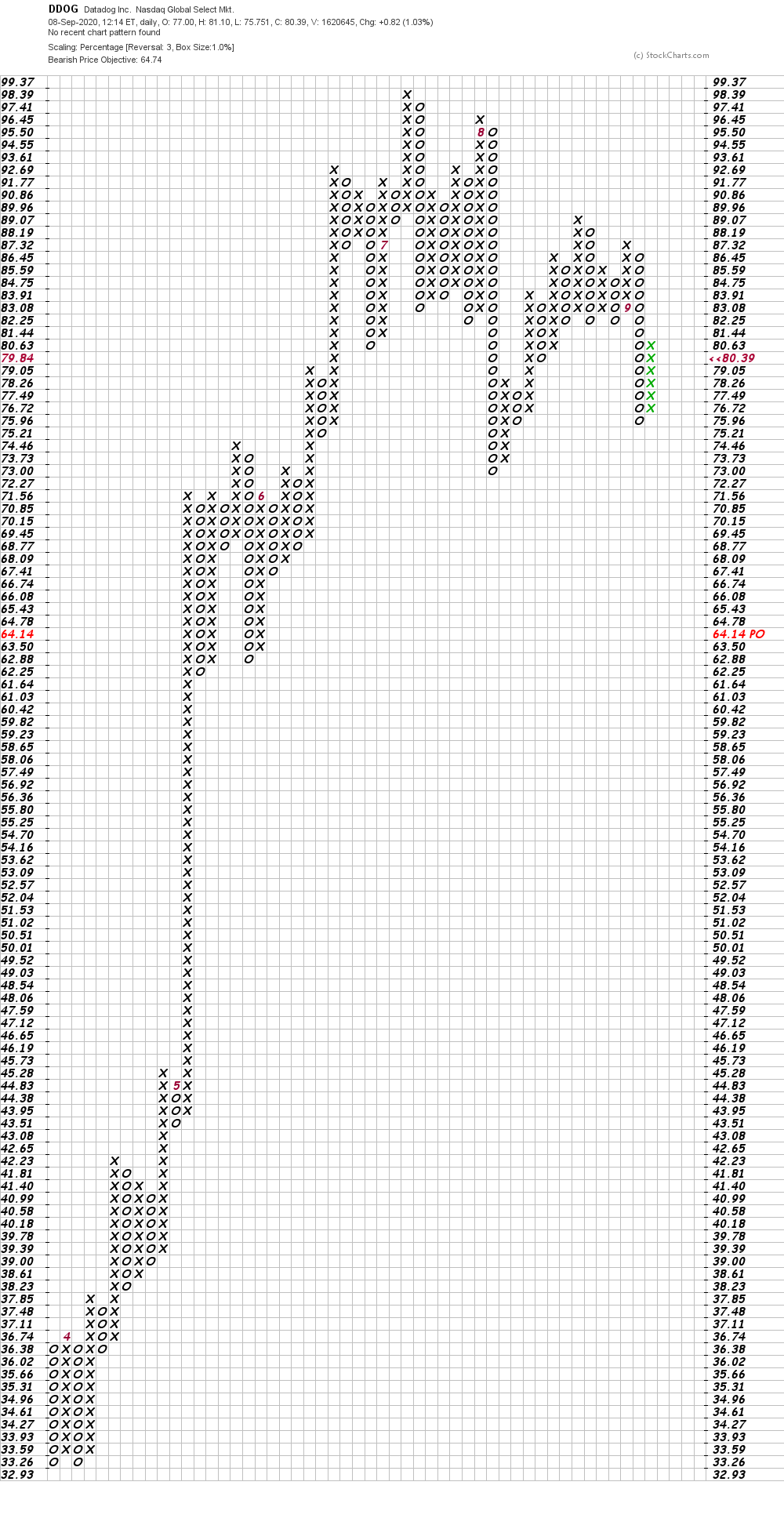 Bottom-line strategy: The  charts of DDOG have improved a lot since our last look in April. The longer DDOG holds above its August low the stronger it looks. Aggressive traders could go long at current levels risking a closed below $71.

Get an email alert each time I write an article for Real Money. Click the "+Follow" next to my byline to this article.
TAGS: Investing | Stocks | Technical Analysis | Software & Services | Technology | Coronavirus