Shares of the healthcare and pharmacy leader slumped on Wednesday after its fourth quarter earnings report in pre-market hours. The company's recent spending spree mean this slump won't be buoyed by any buybacks. CVS shares closed down 8.10% to $64.22.

"After the payment of our shareholder dividend, capital retention to support our insurance operation and growth capital expenditures of $2.3 billion to $2.6 billion, we will use the remaining cash available to continue to pay down debt," CFO Eva Boratto told analysts. "As we stated when we announced the Aetna acquisition, while we intend to maintain our shareholder dividend, we will not restart share repurchases or engage in large M&A transactions until we achieve our leverage target."

The debt for the company has ballooned in recent years, nearly tripling from its levels at the close of 2017. It's no secret that this is largely due to the blockbuster $68 billion deal for major insurer Aetna. 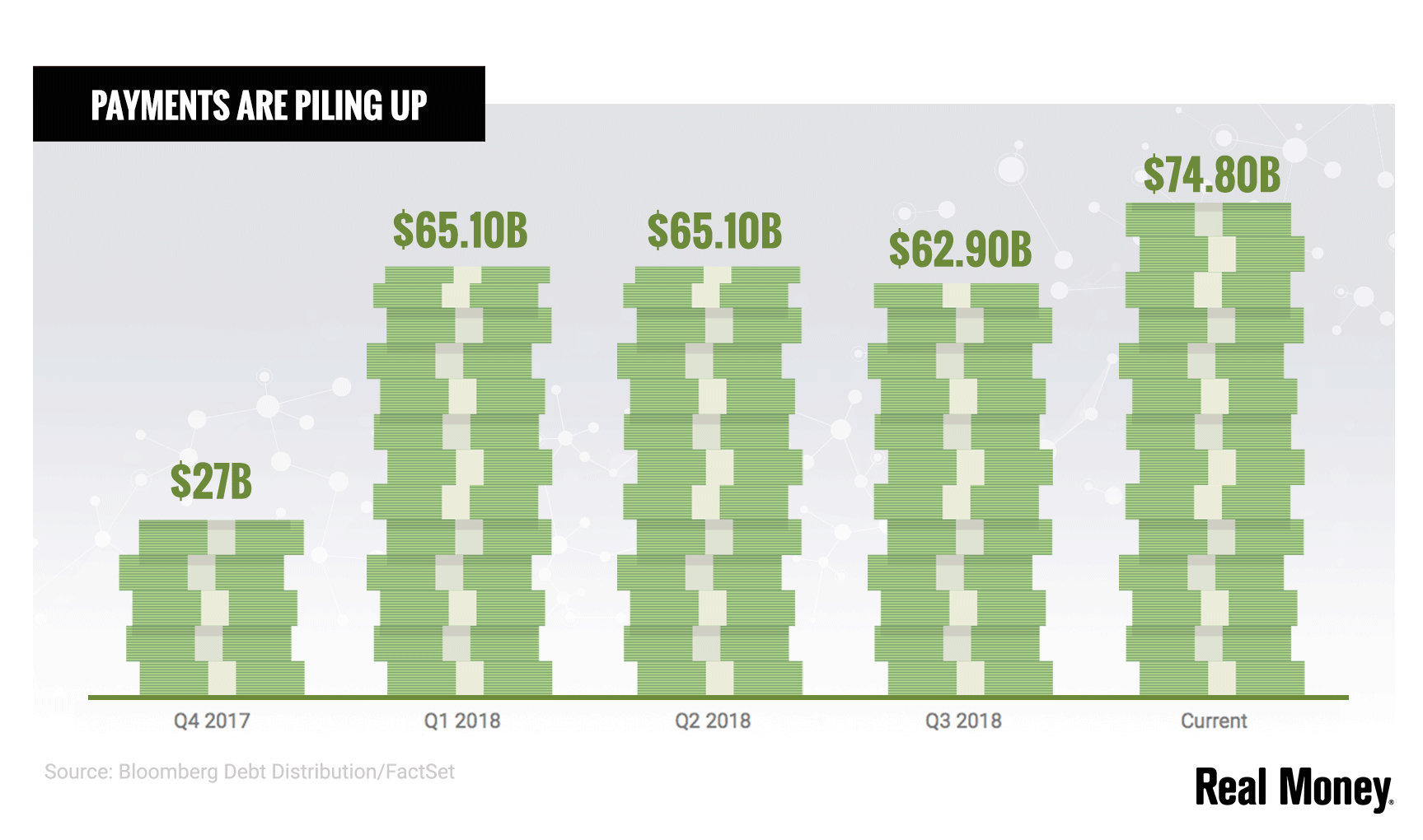 The drag of debt payments on this acquisition is a big question mark for 2019 as the insurer seeks integration into the broader CVS brand.

The integration initiative does not have strong guidance to suggest success nor does it possess the most promising precedents.

2018 results and 2019 guidance were both tempered by the lack of results from the $12.7 billion acquisition of long-term care provider OmniCare in 2015.

The weakness in this segment led to billions in write-downs and was pinpointed as a prime factor in "deterioration" of results moving forward.

COO Jonathan Robers extolled coming stabilization in the long-term care industry as a driver of confidence in the subsidiary, but that has not been reflected in results to this point.

Further, Boratto forecast cash flow in 2019 to come in between $9.8 billion and $10.3 billion, which should help make up for some write downs and coming debt payments, calming some lingering concerns.

Still, the question of Aetna looms large for many analysts given its much larger outstanding bill.

"The risk of potential future margin compression for AET health insurance is even more meaningful to CVS given the associated negative impact to free cash flow at the 4.6x Debt to EBITDA load where the company needs to be focused on debt pay down for the next 24 months," Leerink partners analyst Ana Gupte warned.

Yet, the overhang of debt is going to be around much longer than simply 24 months. 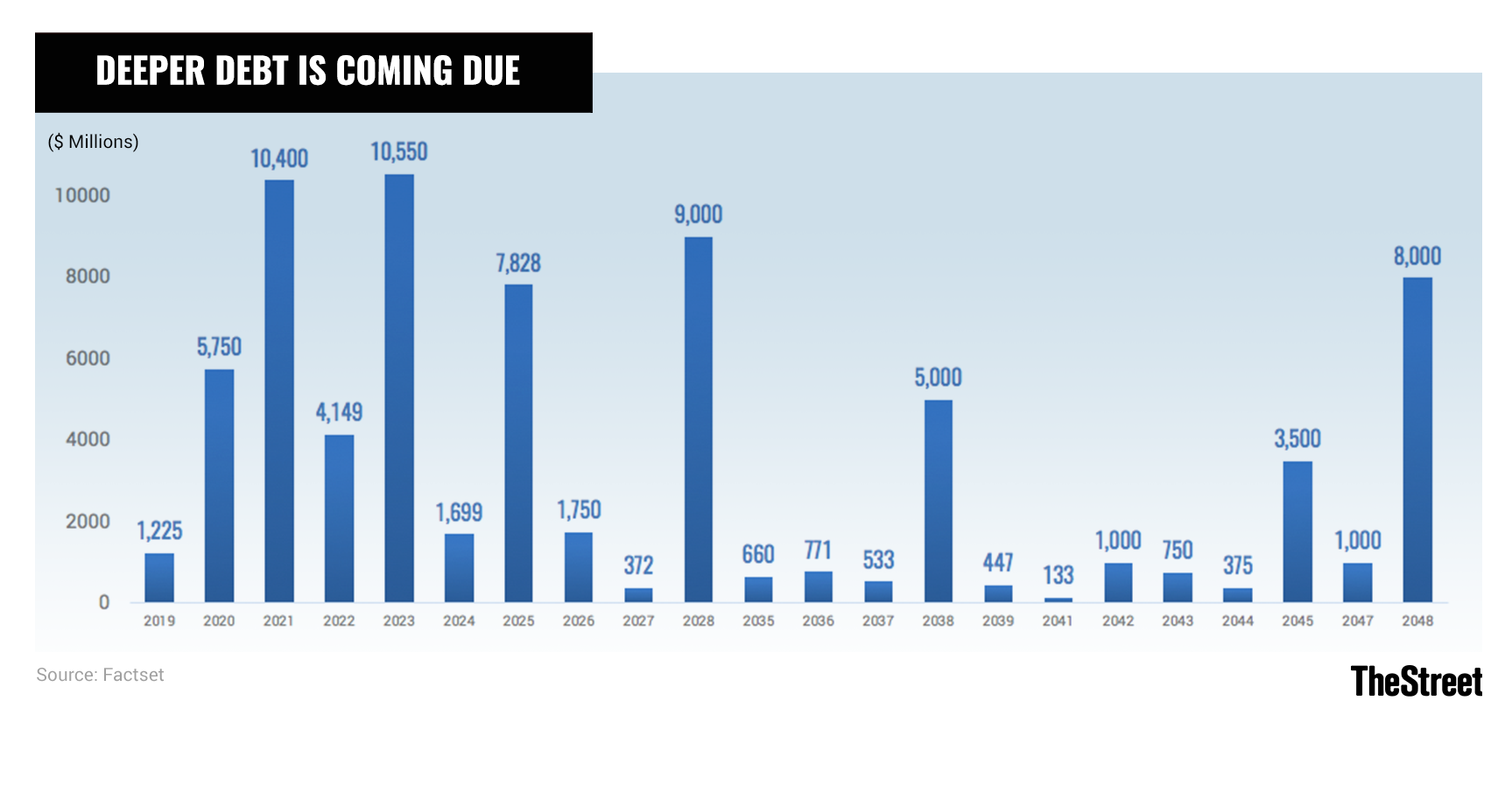 According to Bloomberg and FactSet data, the company has over $30 billion in payments coming due by 2023. That sum expands to over $40 billion by 2025.

The company will have the benefit of time to stabilize things in order to meet the large payments coming due in 2021 and 2023 respectively, but the 2019 target trajectory is not overly encouraging.

Overall, it will be imperative for CVS to prove its acquisitions are accretive, otherwise the skepticism on these pricey pickups is likely to be sustained.

Get an email alert each time I write an article for Real Money. Click the "+Follow" next to my byline to this article.
TAGS: Dividends | Earnings | Investing | Stocks | Healthcare | Pharmaceuticals | Retail | Analyst Actions | Stock of the Day