Brown explained that the shared infrastructure model allows carriers to deploy services quicker and save up to 50% from building their own towers. Once towers are constructed, they require little maintenance, he said, and multiple carriers and services can all share the same tower, adding to Crown Castle's profit margin.

When asked about the Sprint merger with T-Mobile (TMUS) , Brown said that the combined company will still be spending big on the roll out of 5G. He was also bullish on Dish Network (DISH) , which has also committed to a nationwide roll out of cellular services beginning in 2021.

We reviewed CCI back on April 27 and wrote that, "Jim Cramer and I are on the same page when looking at the charts of CCI. Buy strength above $168.38." Traders would have gone long at the end of May. Let's check out the latest charts and indicators of CCI.

In the daily bar chart of CCI, below, we can see that except for the breakdown in late March, the shares have been in a steady uptrend the past 12 months. Prices are back above the rising 50-day moving average line and the rising 200-day line.

The On-Balance-Volume (OBV) line declined from February into late May but now shows some improvement. The Moving Average Convergence Divergence (MACD) oscillator is above the zero line and could soon turn upwards to a fresh buy signal.

In the weekly bar chart of CCI, below, we can see that prices made a bullish consolidation pattern in late 2017 and 2018 in the $110 area. Prices subsequently broke out on the upside. CCI is above the rising 40-week moving average line.

The weekly OBV line shows strength from late 2018 and looks more bullish than the daily line. The MACD oscillator is bullish on this longer time frame.

In this daily Point and Figure chart of CCI, below, we can see that the software is reading the X's and O's as distribution (selling) and is projecting a downside price target of $149. Strength to $174 will probably turn this chart bullish again. 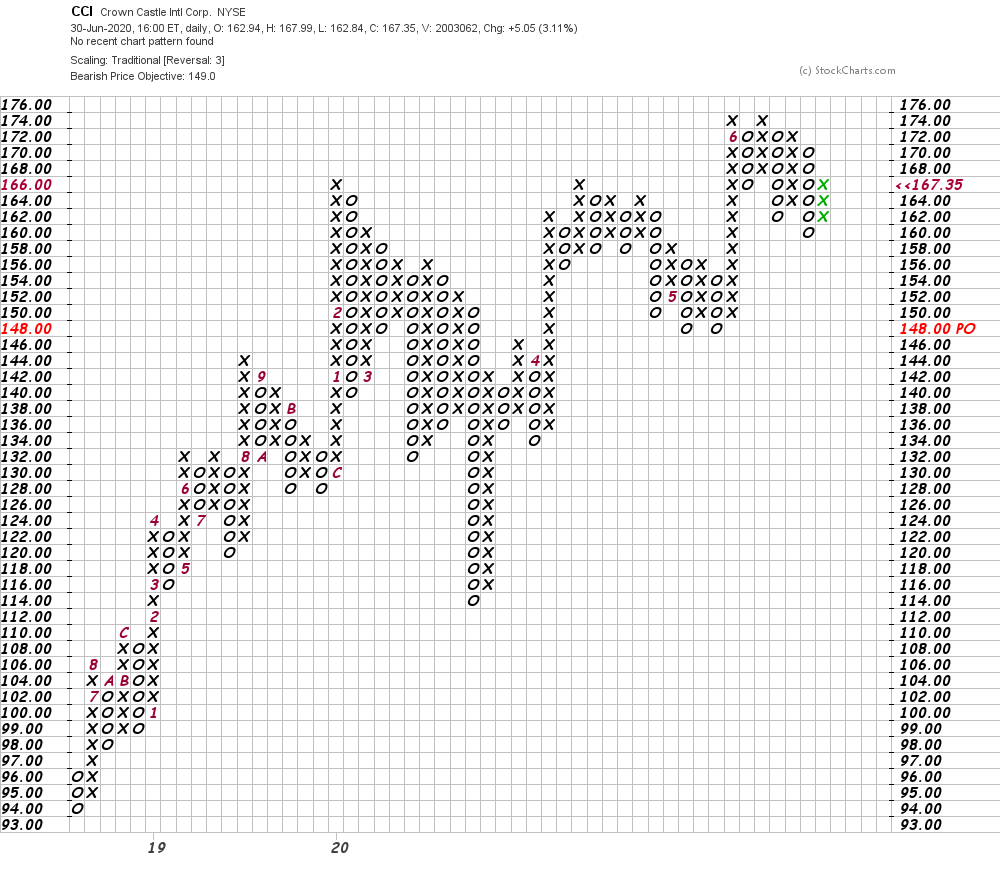 In this second Point and Figure chart of CCI, below, we used weekly close-only data and a traditional scaling method. Here the chart yields a $237 price target. 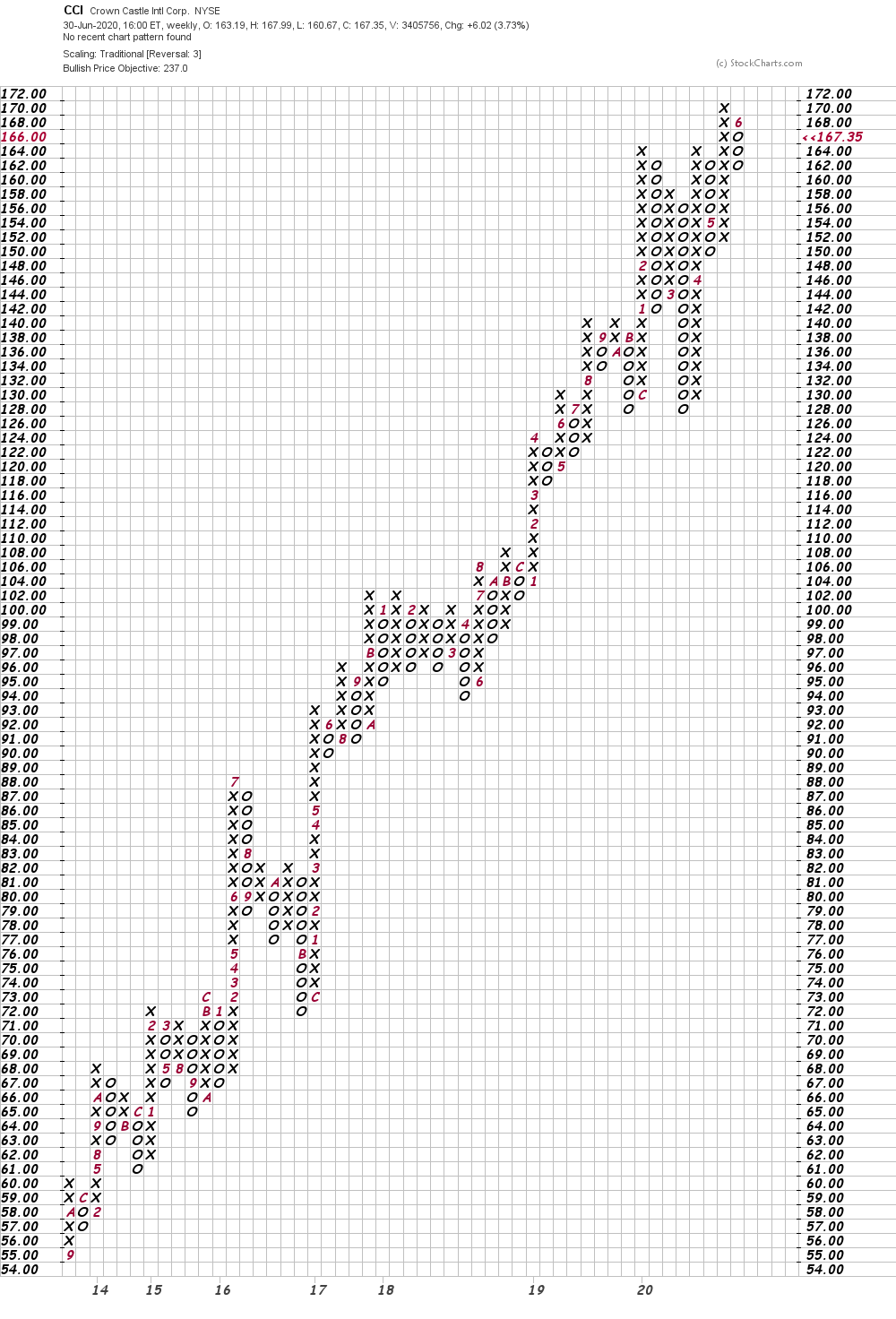 Bottom-line strategy: CCI is in an uptrend so I would continue to trade it from the long side. Hold previous purchases and use a sell stop below $155 for now. Add to longs above $174. The $237 area is our price target for later this year.