Jim Cramer is never at a lack for words during the Lightning Round segment of Mad Money. Here is what Cramer had to say to one caller Wednesday evening about CrowdStrike Holdings Inc. (CRWD) : "This is the best cybersecurity stock for our work at home economy."

We looked at CRWD last month and wrote that, "CRWD is ready to break out over its February high. Aggressive traders could add to longs here and raise sell stop protection to a close below $50." CRWD did break out to new highs for the move up so a fresh look at the charts is called for.

The On-Balance-Volume (OBV) line has moved up to a new high to confirm the price gains. The Moving Average Convergence Divergence (MACD) oscillator has narrowed significantly but it is still in a bullish alignment.

In this daily Point and Figure chart of CRWD, below, we can see the breakout to a new high and the projected price target of around $91. 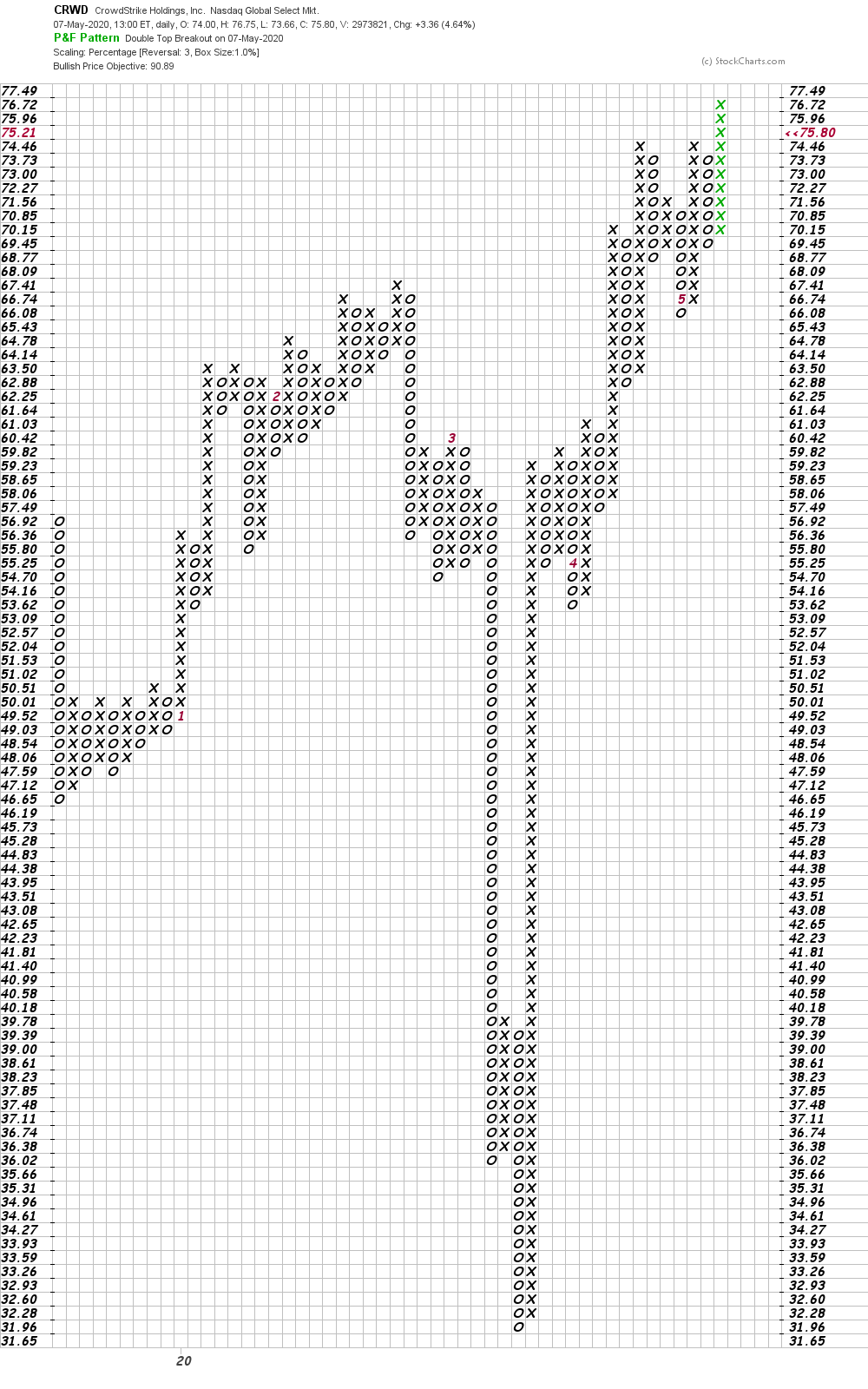 Bottom-line strategy: Jim Cramer still likes CRWD and the charts and indicators remain positive. Continue to hold longs that were previously recommended. Raise stop protection to a close below $63. Our next price target is $91.