During Monday's Mad Money program the ever popular Lightning Round did not disappoint. One caller asked host Jim Cramer about CrowdStrike Holdings Inc. (CRWD) . "I love CrowdStrike. I'd hold onto it for years," was Cramer's response. Let's check out the charts and indicators of this cloud-based cybersecurity firm.

The On-Balance-Volume (OBV) line has been stalled since early June and thus has diverged from prices which have made higher highs into October. The OBV line has weakened since the middle of October telling us that sellers of CRWD have been more aggressive.

In the weekly bar chart of CRWD, below, we can see some weakness. The shares are above the rising 40-week moving average line but prices have been pulling back in recent weeks.
The OBV line shows a rise from December to early October. The MACD oscillator has just crossed to the downside for a take profits sell signal.

In this daily Point and Figure chart of CRWD, below, we can see a potential downside price target in the $115 area -- the top end of a potential support zone. 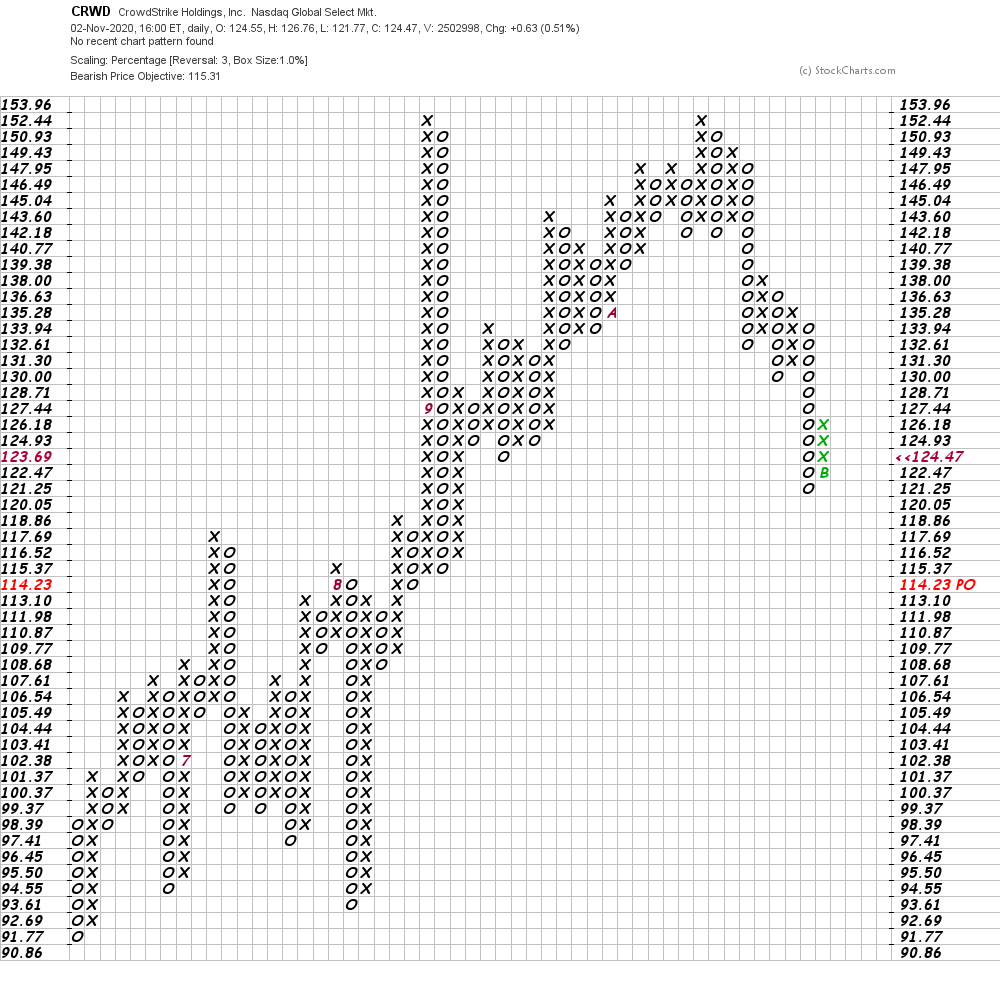 This weekly Point and Figure chart of CRWD, below, is suggesting the $270 area as a potential price target.

Bottom-line strategy: I believe that technical analysis can be a great complement to a fundamental story but I also believe that it has limitations like its time frame. I have no basis to make a recommendation years out but I can see going long CRWD in the $115 area.
Get an email alert each time I write an article for Real Money. Click the "+Follow" next to my byline to this article.
TAGS: Investing | Stocks | Technical Analysis | Cybersecurity | Technology | Mad Money