Cybersecurity firm CrowdStrike Holdings  (CRWD) is scheduled to report their latest quarterly numbers to shareholders after the close of trading Tuesday. In our May 31 review of CRWD we wrote that traders could "...risk to $142. $200 and $235 are our potential price targets in the weeks ahead."

The On-Balance-Volume (OBV) line has been in a downdraft the past three months telling us that sellers of CRWD have been more aggressive than buyers. The Moving Average Convergence Divergence (MACD) oscillator has been in bearish territory since early September.

In the weekly Japanese candlestick chart of CRWD, below, we see a longer-term bearish picture. The shares are in a downtrend as they trade below the bearish 40-week moving average line.
Trading volume is neutral and the weekly OBV line is flat. The MACD oscillator has been in bearish territory all year.

In this daily Point and Figure chart of CRWD, below, we can see a potential downside price target in the $78 area. 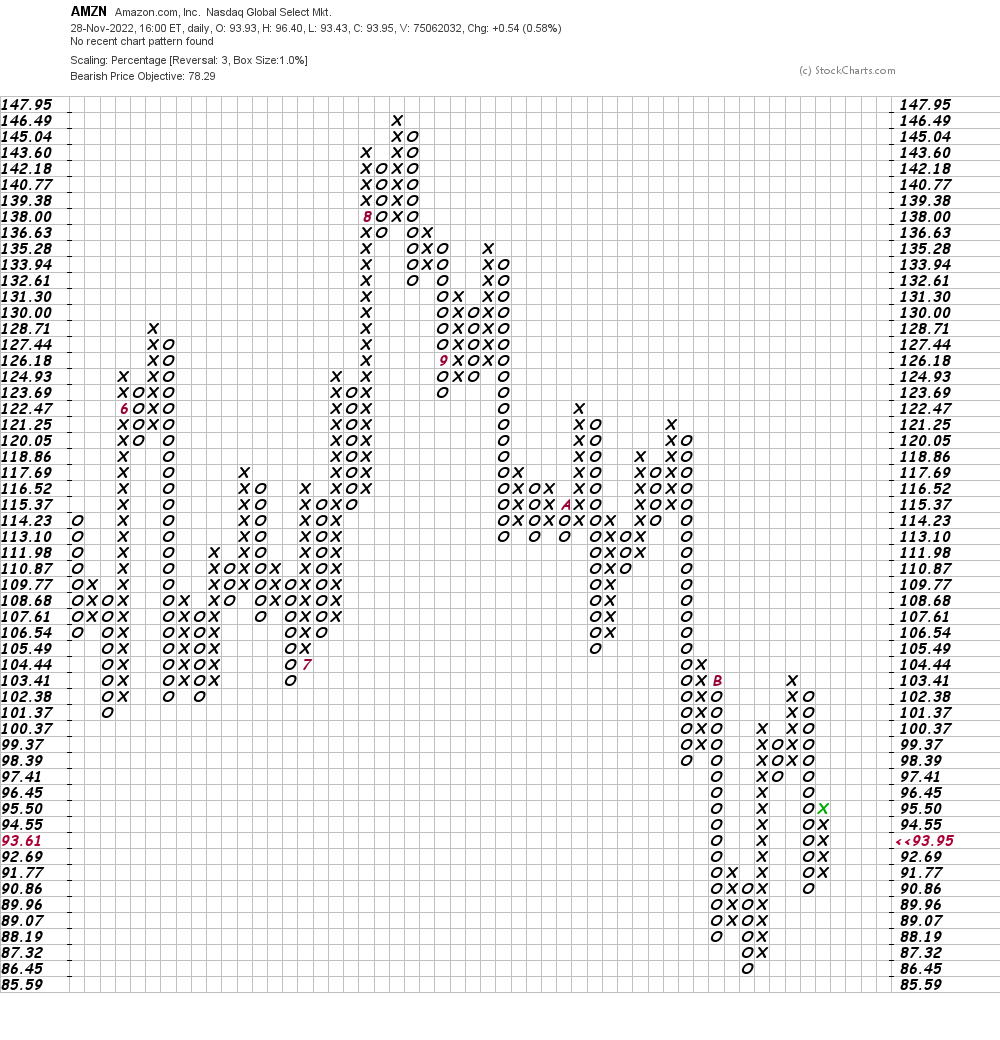 In this weekly Point and Figure chart of CRWD, below, we can see that prices have reached a downside price target in the $90 area. 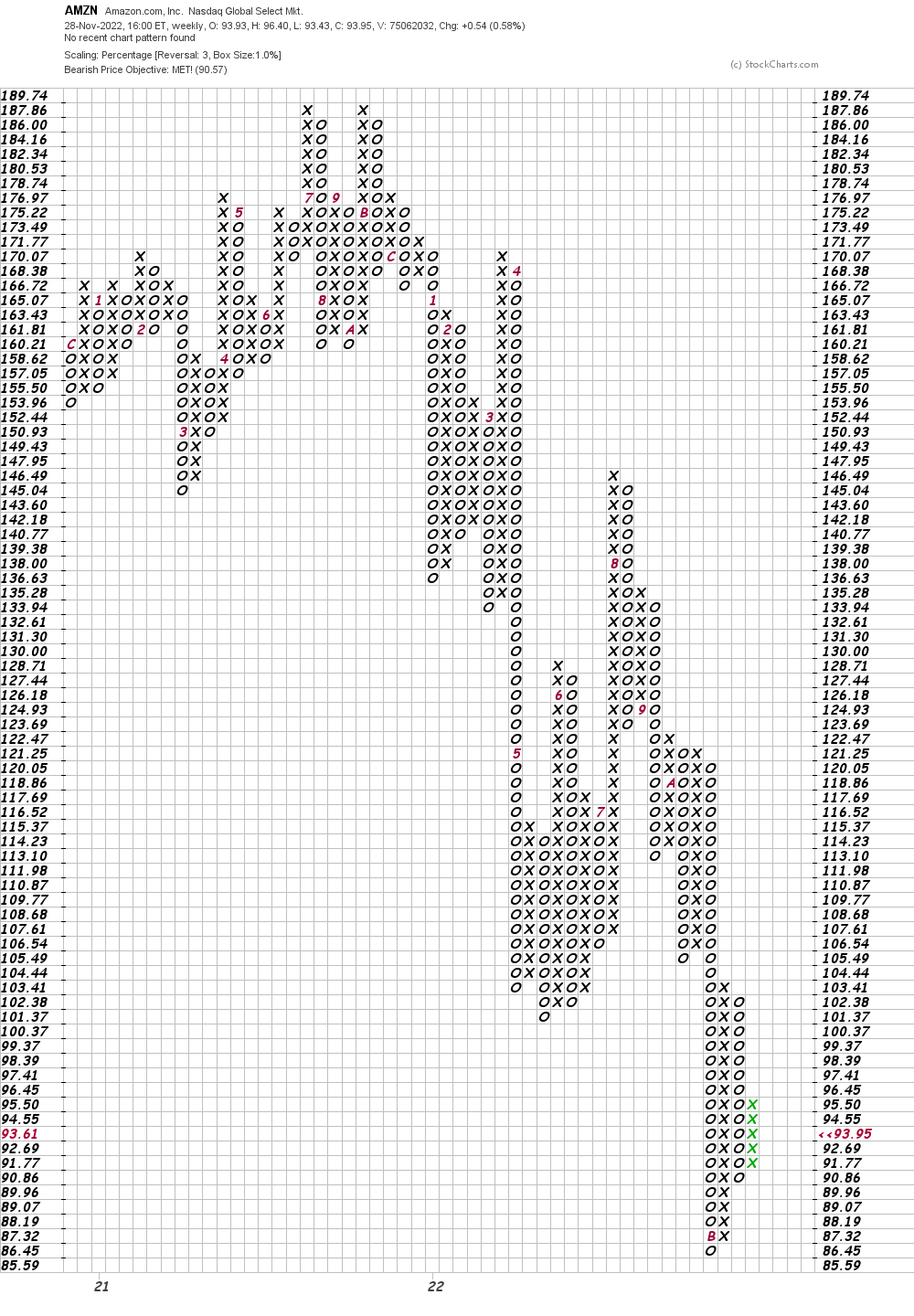 Bottom-line strategy: I have no special knowledge of what the top brass at CRWD will tell shareholders and analysts Tuesday evening but the charts appear to be pointed lower. A temporary bounce cannot be ruled out but without a base pattern I do not expect a sustained rally. Avoid the long side of CRWD for now.
Get an email alert each time I write an article for Real Money. Click the "+Follow" next to my byline to this article.
TAGS: Investing | Stocks | Technical Analysis | Cybersecurity | Software & Services | Technology | Earnings Preview