Cutting-edge Crispr Therapeutics (CRSP) was upgraded Monday by a major sell-side firm. The stock is up on the day but it pays to check out the charts and indicators. I never forget the old Middle-Eastern saying, "If you truly seek wisdom you will visit all of the tents in the marketplace."

The On-Balance-Volume (OBV) line rose from March to early July and then turned lower. The OBV line is still pointed down telling us that sellers of CRSP have been more aggressive. The Moving Average Convergence Divergence (MACD) oscillator is below the zero in sell territory.

In the weekly bar chart of CRSP, below, we can see a mixed picture. Prices are in an uptrend above the rising 40-week moving average line but CRSP has been correcting.
The weekly OBV line has been rising from late 2018 but shows some weakness in the past couple of months. The MACD oscillator has crossed to the downside for a take profits sell signal.

In this daily Point and Figure chart of CRSP, below, we can see a potential upside price target in the $102 area. 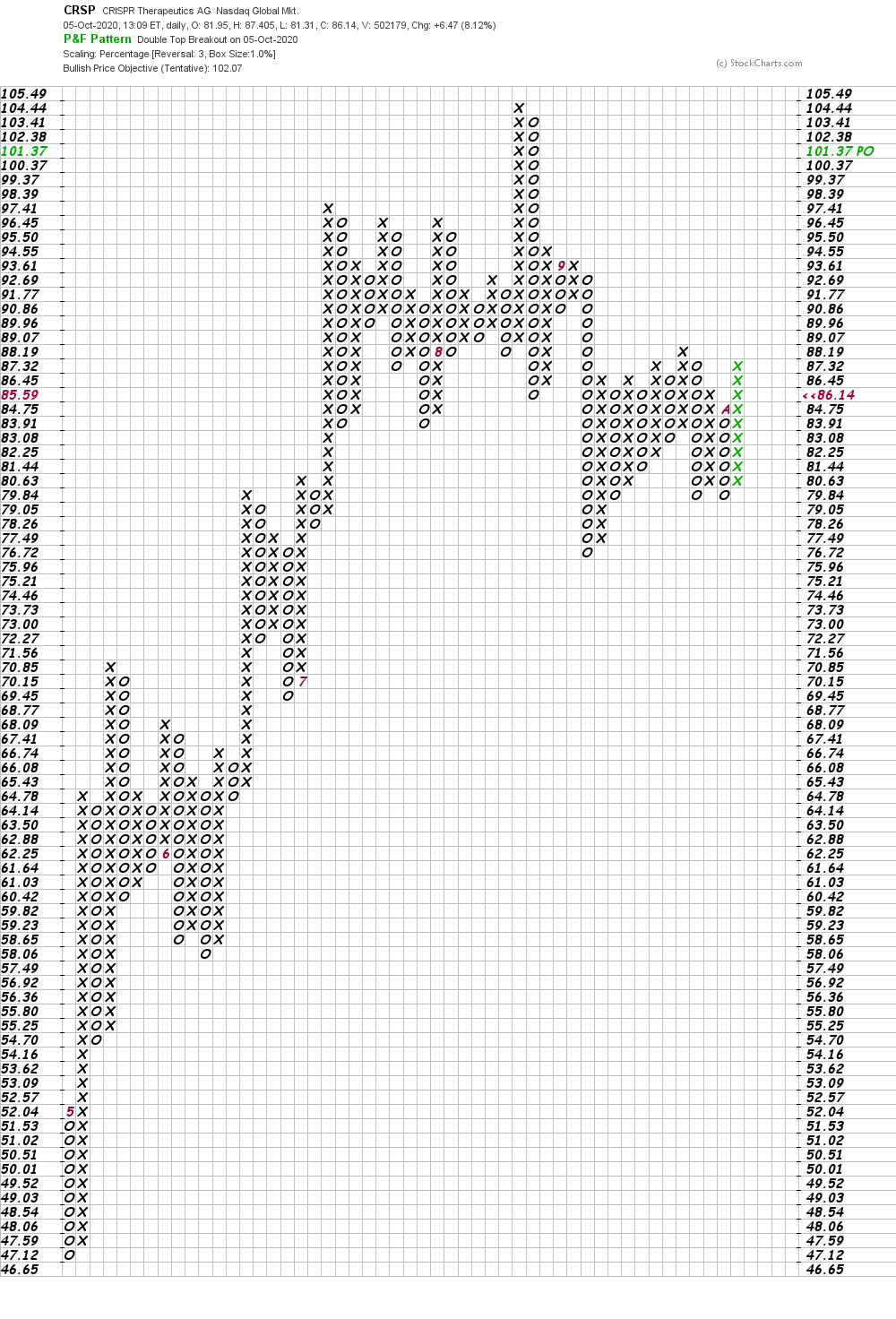 Bottom-line strategy: I am not yet convinced that CRSP can rally strongly BUT a close above $89 tells me that traders could go long risking a close below $80. Take profits around $102 if available.
Get an email alert each time I write an article for Real Money. Click the "+Follow" next to my byline to this article.
TAGS: Investing | Stocks | Technical Analysis | Biotechnology | Analyst Actions